We gotta pull the pole! 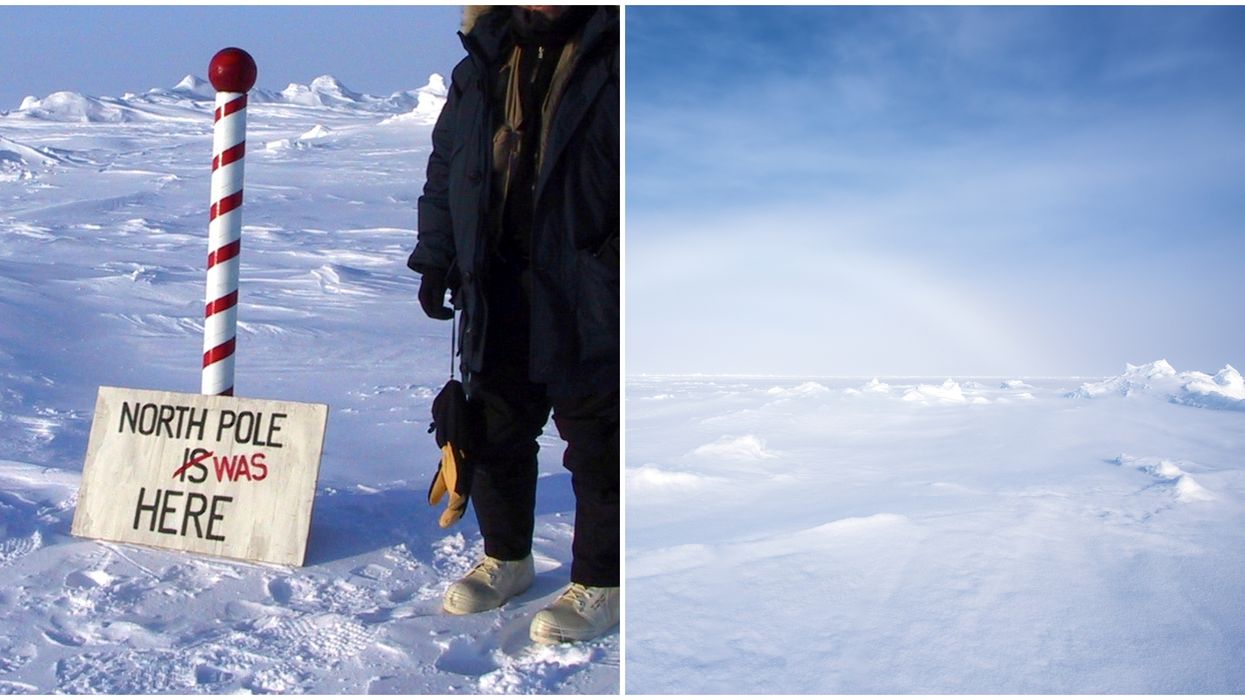 Our country might be known as the true north, but one of the Earth's poles is drifting away from us. The magnetic north pole is in a tug of war between Canada and Russia, and we're losing. Two big patches of magnetism are to blame for the back and forth game.

The magnetic north pole has been shifting away from Canada for years.

Now, decades worth of satellite data has given a reason for that drift.

There are actually two large masses of magnetism inside of the Earth. One is under Canada and the other is under Russia's Siberia region.

According to a study published in the journal Nature Geoscience, that's what has been causing the pole to shift in a tug of war between our country and Russia.

The one under Canada grew elongated, and that caused it to be weakened.

That then led the magnetic north pole to be drawn towards Siberia because its opposing tug was stronger.

Research models show that over the next decade, the magnetic north pole will continue going towards Russia, moving up to an additional 390 to 660 kilometres.

The magnetic north pole is the place on the Earth where the magnetic field points vertically downwards. (In other words, a compass held there will point to the ground).

Since it was first located and measured in Canada's arctic back in 1831, this pole has been shifting away from our country.

Back in October 2017, it passed within 390 kilometres of the geographic north pole.

It's now moving southbound, away from Canada.

According to Philip Livermore, one of the authors of the study published about the shifting pole, a small adjustment to the mass of magnetism under Canada could bring the pole back to us.

Earth's north poles have been points of contention in the past.

In May 2019, Canada even filed a claim to own the geographic north pole, which isn't currently owned by any nation.