There are multiple road closures. 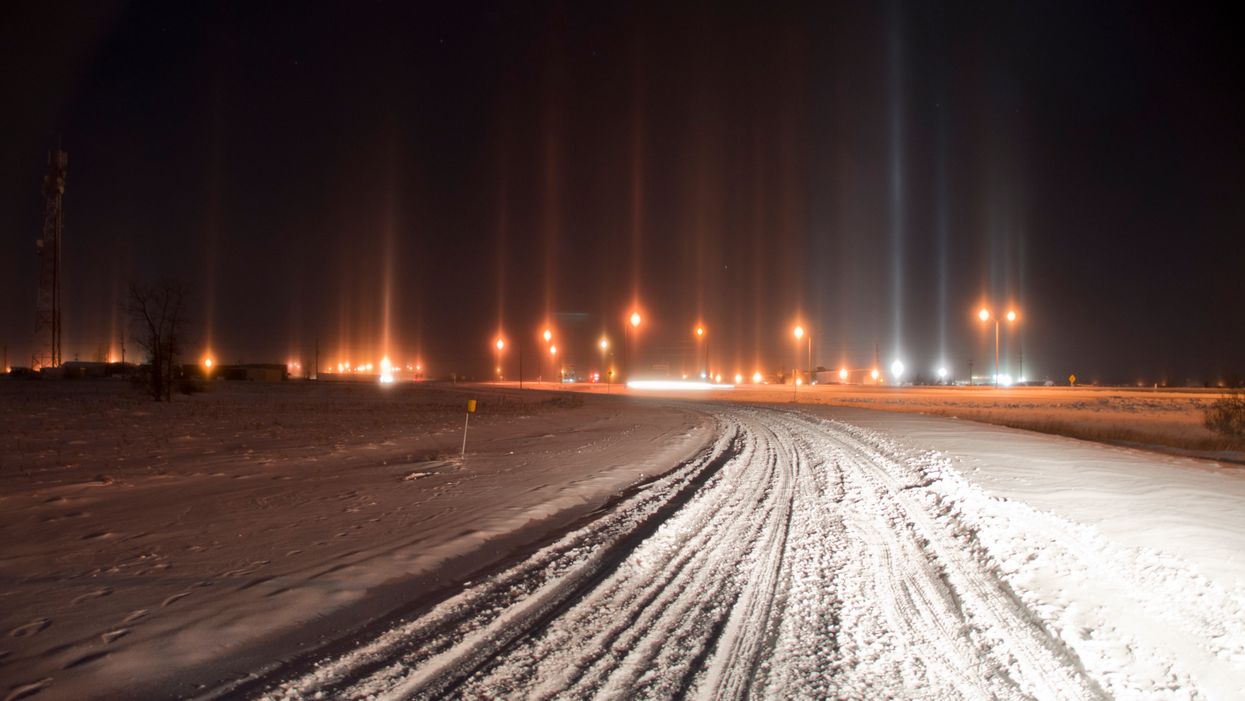 In Manitoba, it appears Mother Nature didn't get the memo that it's fall. Instead, the province was blanketed with snow and there could be more coming. Environment Canada warns that up to 50 cm of snow could fall in the area by Friday night. Because of the dumping of snow, Manitoba highway conditions are so terrible that travelling might be impossible.

In their warning, Environment Canada says that "travelling will become difficult if not impossible as the day wears on, with heavy, accumulating snow, strong winds and temperatures near zero resulting in treacherous conditions."

The warning also goes on to say that "road closures are possible. Take extra care when walking or driving in affected areas. If visibility is reduced while driving, slow down, watch for tail lights ahead and be prepared to stop."

These warnings are in effect all across southern Manitoba, including in the city of Winnipeg. However, Environment Canada's maps aren't the only ones showing how terrible the weather is. According to Manitoba 511, the province's official source for road information, a number of highways in the province are closed due to the winter conditions.

Their map indicates that a lot of these closures are in the southern region.

While the road closures are definitely not great news for Manitoba residents, some people did take the opportunity to embrace a Canadian past time.

A video shows two Canadians who were stuck in traffic because of the storm playing a little game of hockey. If that's not the most Canadian way to deal with an October snowstorm, we don't know what is.

If you are travelling in Manitoba today take extra caution. The storm has also caused many power outages throughout the province.