The huge snowstorm is a threat to safety so polling stations are shut down. 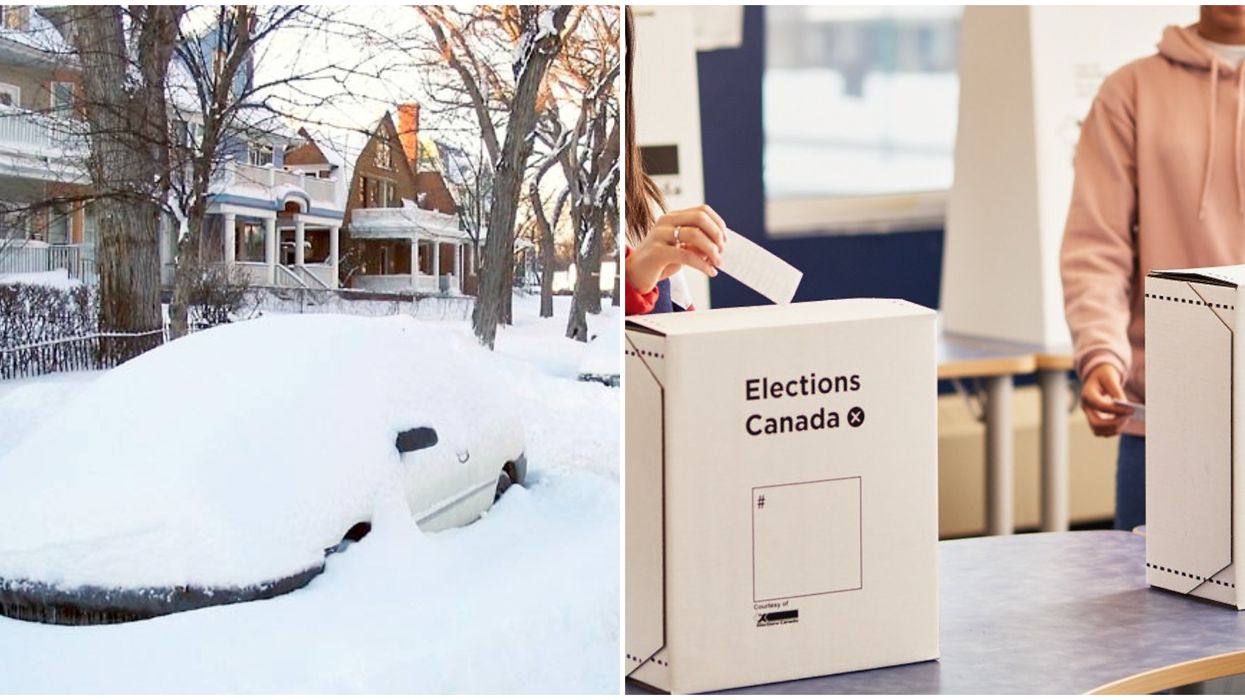 A massive snowstorm is wreaking havoc on southern Manitoba this weekend and now it's impacting the election. And Manitoba storm closures continue as Elections Canada closes polls. So if you were looking to vote in advanced polls this weekend you'll have to wait until election day.

Elections Canada has closed a bunch of polling stations in the southern part of the province because of the winter storm moving through the region.

"The Chief Electoral Officer has authorized the closing of certain polling places in Manitoba affected by the winter conditions and power outages," Elections Canada stated.

More than 60 polling stations in the province are closed and more will be closing earlier than usual for the safety of election workers and people voting.

The snowstorm is making it dangerous to even be outside so Elections Canada is taking precautions. But by doing that it means people won't get the opportunity to vote ahead of election day.

So if some southern Manitoba residents aren't able to vote on the actual day of the election then that could be trouble.

According to The Weather Network, non-essential travel is discouraged in most of southern Manitoba, roads are closed and snow will continue throughout the weekend.

And as much as 70 centimetres could fall by the time the storm is over at the end of the weekend. As of the afternoon on October 12, some places have already seen 60 centimetres of snow according to Environment Canada.

Highway conditions are not ideal for travel and people are taking extra care if they need to be out on the roads.

Heavy snow and power outages have basically shut down a good portion of the province. And with roads closed and harsh weather, it wouldn't be safe for Elections Canada to keep polling stations open for people voting in advance.

Advanced voting is available until October 14.

To see all of the polling stations that are currently closed go here.