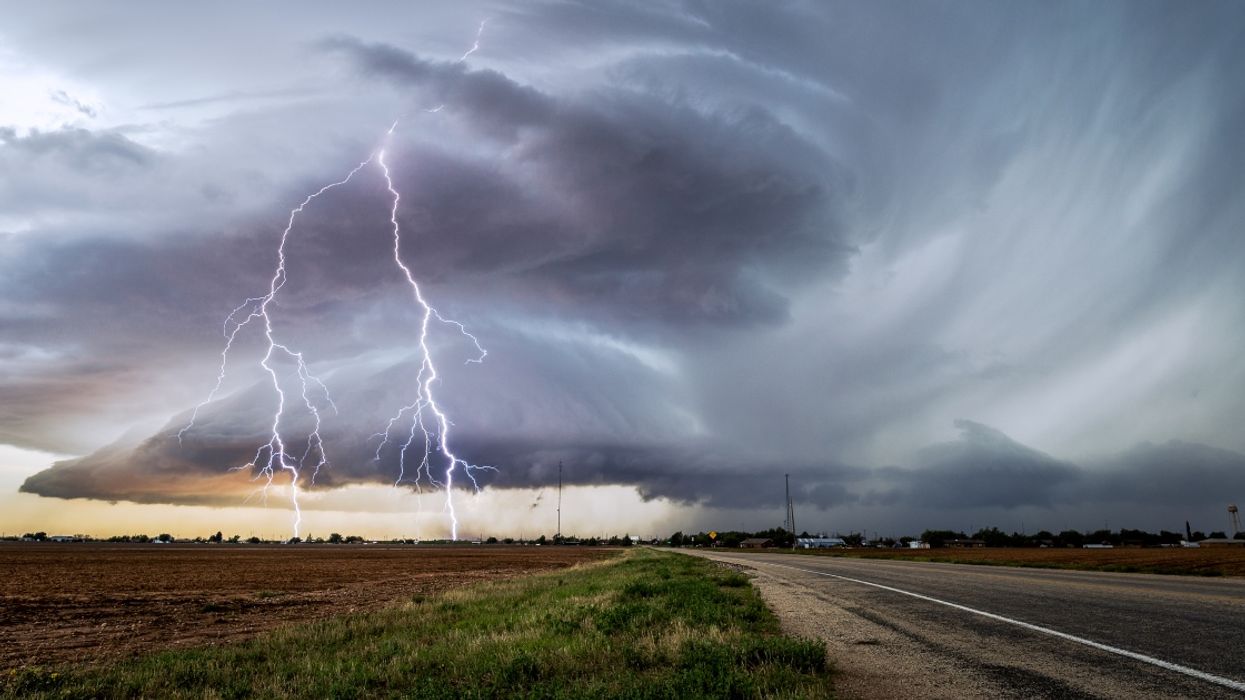 You may want to get your rain jackets ready. Manitoba, BC, and Saskatchewan's weather forecast is predicting severe thunderstorms, according to a warning from Environment Canada. Some of the weather watches are even calling for "nickel-sized" hail. Yikes.

According to the Environment Canada website, several provinces are in for a wild storm. Altogether, five provinces have been issued nearly 20 watches.

Honestly, this is nothing we aren’t used to. Over the last several weeks, it seems as though all provinces across Canada have been under severe storm watches at some point or another.

These watches are calling for a number of intense thunderstorm characteristics, including hail, funnel clouds, strong winds, and hail.

To start, the nine watches in BC are calling for heavy downpours, intense wind, and some large hail. Environment Canada has said that these thunderstorm watches have the potential to create all three of those possibilities.

The following areas around BC are currently under severe thunderstorm watch:

Saskatchewan also has a number of places that are under weather advisories or thunderstorm watches. Outcomes in these regions are similar to BC, as they are calling for heavy rain, and wind.

The prairie province is also calling for the possibility of tornadoes. According to Environment Canada, conditions are favourable for the development of funnel clouds later today.

The following Saskatchewan areas are under weather advisories or watches:

Manitoba’s warnings, on the other hand, are significantly worse. According to Environment Canada, multiple regions around Manitoba have the ideal conditions to produce wind, thunder and lightning, heavy rain, tornadoes, and hail.

The watches state that thunderstorms will be starting in the afternoon and will transform into severe weather later this evening.

As a result, heavy downpours that can cause flash flooding are expected. Global News is also calling for Manitoba to see “nickel-sized” hail.

The following areas in Manitoba have been issued severe thunderstorm watches:

Hopefully, these alerts are just warnings. But to be on the safe side, it might be a good idea to lay low and stay indoors for the rest of the evening.