The World's Largest Snow Maze Opens This Weekend In Canada

Get lost in the snow. 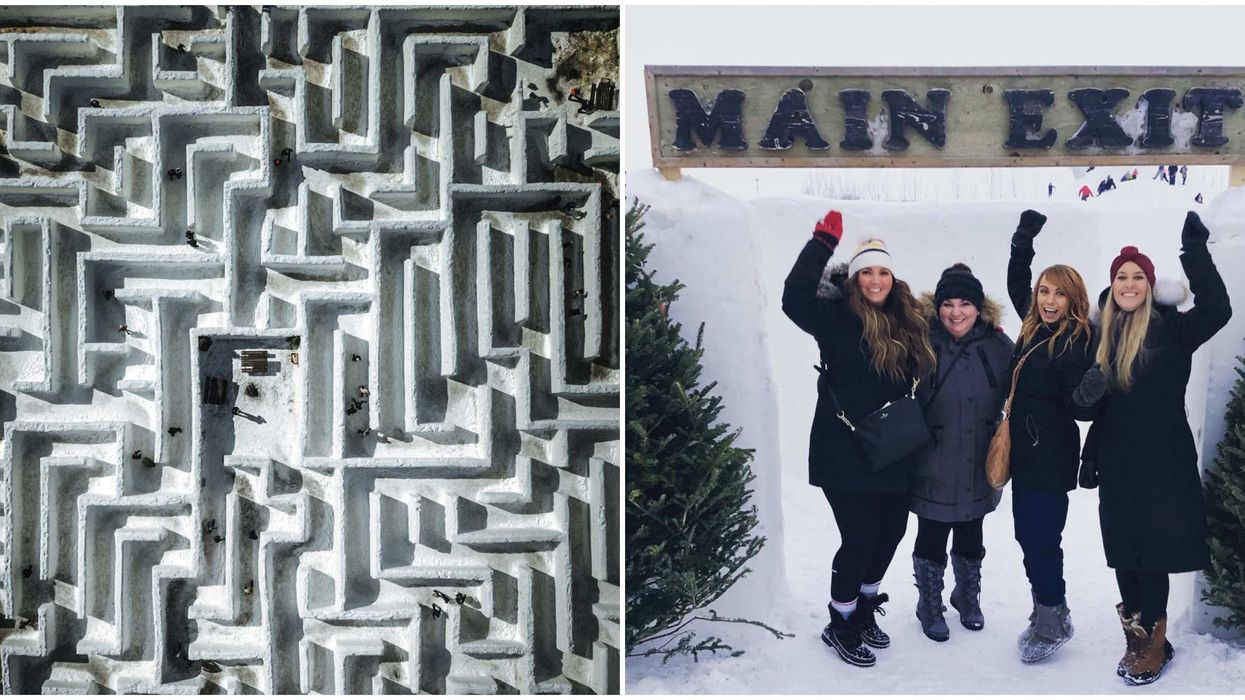 When you tell people you're from Canada, their automatic response is usually something like "Isn't it cold there?" We have a reputation for being covered in ice and snow seemingly all-year long according to outsiders. It's doesn't really come as a surprise when you realize that Manitoba's giant snow maze is the largest in the world. It's no wonder people think we're obsessed with the snow because, in many ways, we are.

Our favourite sport is ice hockey, we love eating hot maple syrup drizzled over snow and the winter doesn't deter us from going hiking or even camping in the outdoors.

If you only put one thing on your Canadian winter bucket list for 2020, it should be a trip to the largest labyrinth of snow ever made.

In Saint-Adolphe, Manitoba about thirty minutes south of Winnipeg, there's a farm that creates a massive maze of snow each winter.

If you don't already call Manitoba home, then there are so many reasons to check it out. It's the polar bear capital of the world and you can see the white giants up close in real life.

Plus, Winnipeg has an incredible skating trail along a river that's even cooler than skating the Rideau Canal.

The maze is officially opening up for the season this weekend on Saturday, January 4.

Its closing date is weather dependent, but you can usually see it all through January and February.

It takes usually about 30 minutes to finish the maze, faster if you're a puzzle master.

There are a ton of other cute and wintry things to do on sight so plan to spend at least an hour or two on the farm.

Bundle up and head out to this incredible maze for the ultimate way to get lost in the snow.

Price: $12, $3 extra each for luge rides and sleigh rides

When: Opens for the season on Saturday, January 4

Why You Need To Go: The world's largest snow maze is right here in Canada and it has to be on your winter bucket list.

But she says she "can't wait" to meet her new niece.

Kate Middleton has revealed that she "can't wait" to meet her new niece — Lilibet Diana Mountbatten-Windsor — but confirmed that she hasn't video-called Prince Harry and Meghan Markle just yet.

Speaking during a panel discussion with First Lady Jill Biden on June 11, Kate was asked about the Sussexes' newest addition.

Spain is also welcoming fully vaccinated visitors, but they must have official proof of vaccination certificate issued by a health authority.

As each country has different regulations for incoming visitors right now, it's worth checking and double-checking the rules before you consider booking a vacation.

Justin Trudeau and Joe Biden took some time during the G7 international leaders' summit to discuss reopening the Canada-U.S. border, according to new reports.

A Canadian official told CTV News that the two leaders discussed the shared border between Canada and the States on the side of another session with the rest of the G7 participants.