Fruit juice is the latest category to get the cold shoulder from Canada's food guide. 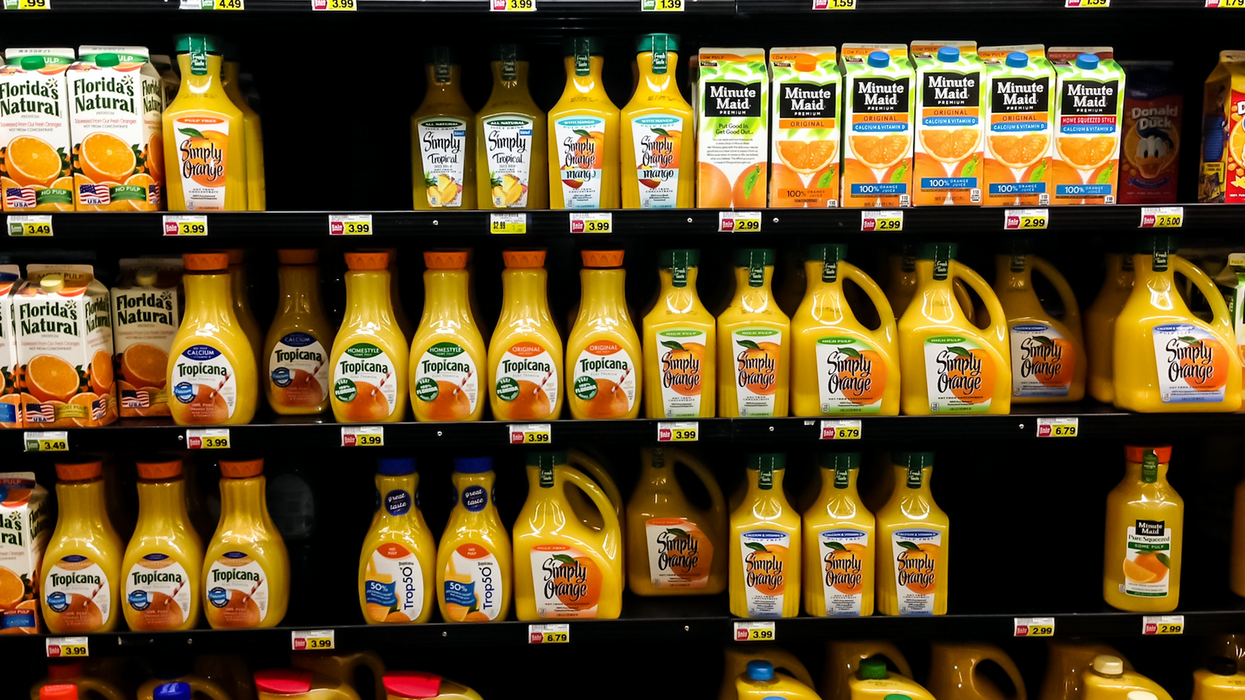 The new year definitely started on an odd note, considering Canadians are now at war over the country's new food guide, of all things. Ultimately, it's a fair discussion to have, considering some pretty big changes are coming to the guide that Canada has never seen before. While the changes are being met with some praise, they are also causing serious tension between those for and those against the sudden changes regarding dairy and meat. While dairy is arguably the most controversial change to the food guide, it isn't the only one that Canadians are talking about.

The other major change had to do with fruit juices and the food guide's suggestion of juice as a healthy choice. Now, the food guide is suggesting water over anything else in an effort to help Canadians reduce their daily sugar intake.

While fruit juice may contain natural sugars, too many pieces of fruit are needed to make a glass, resulting in a higher sugar intake than if you just opted to eat a piece of fruit instead. A perfect example of this would be how Tropicana advertises that they "squeeze 16 oranges into each carton". While you might think that, due to the uproar that was caused by the food guide's change to dairy and meat products that this kind of update would cause another battle amongst Canadians, it's actually the exact opposite. Most Canadians are actually on board with the idea, considering in the past few years many people have become aware of how dangerous sugar and be, and how fruit juice is a culprit disguised as a healthy choice: READ ALSO: Justin Trudeau Is Getting Destroyed Online For Flawlessly Avoiding A Canadian's Question At A Town Hall (VIDEO)

It's clear that the food guide is definitely a little late to the anti-juice party, but it definitely doesn't hurt that they are now actively encouraging Canadians to drink less juice.

Though whether the food guide will have a significant impact on Canadians' beverage choices is still up for debate.