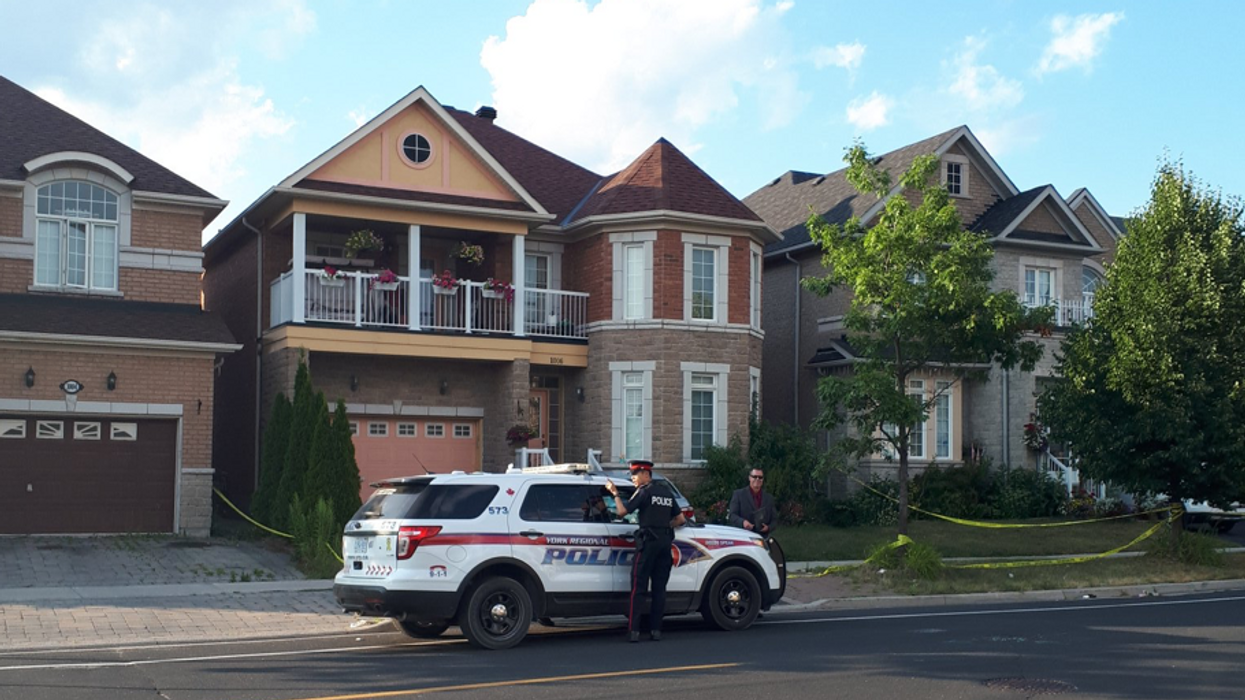 A 23-year-old man was recently charged with the shocking-murder of four people inside an Ontario home. Now it is believed that the Markham murder suspect sent chilling messages to his friends, only moments after killing his entire family.

This article contains graphic content that might not be suitable for some readers. This article includes: descriptions of violence.

York Regional Police were called to a house in Markham, Ontario, on Sunday afternoon where they discovered the bodies of four people, believed to be the family of 23-year-old Ontarian, Menhaz Zaman. At the scene, police arrested and charged Zaman with four counts of first-degree murder. The bodies that were found were later confirmed to be three women and one man.

Speaking near the scene on Monday, York police told reporters that they were not looking for any further suspects in relation to the murder. An officer said, "We do believe that the man we have in custody that has now been charged is responsible for these murders."

While police have not yet confirmed that the bodies recovered were that of Menhaz Zaman’s family, a neighbour told CBC News that Zaman lived in that home with his grandmother, mother, sister and father.

According to new reports from CBC News, Zaman sent a series of troubling messages to friends online, believed to have been sent only moments after he had murdered his entire family in their home. The two people who received these messages told CBC News that they had known Zaman online for years, and knew that he posted online under the user name “Menhaz.”

Zaman used Discord, an online communication software used by millions of gamers worldwide, to send the frightening messages to his friends. In the messages, Zaman wrote, “I've just slaughtered my entire family, and will most likely spend life in jail if i manage to survive."

"i wanted them to die so that they didn't suffer knowing how much of a pathetic subhuman i was. its all very selfish."

Attached to the messages were several "extremely graphic" photographs of dead bodies and bloodied weapons. While CBC News saw the pictures, they were unable to confirm if they were from the Markham crime scene. However, a neighbour of the family's was able to confirm that the profile picture attached to Menhaz’s Discord account was that of Zaman.

Menhaz also wrote that he had been lying to his family for years about attending university. He said that instead of attending classes every day, he would visit a local mall or hang out in a nearby gym instead. He had actually dropped out of university two years earlier.

During this time, he wrote that he became depressed, "became an atheist, and ultimately created this plan."

"I did this bc I dont want my parents to feel the shame of having a son like me," Menhaz wrote."I choose to kill them instead out of my own cowardess. I know it might sound confusing but whats done is done and what had been planned has been concluded."

He ended the messages by saying that he would be turning himself in to police, adding "i deserve punishment."

Police are yet to make any comment on the messages sent by Zaman, and have not released any official statement about how the four victims were killed.