He sent an apology to her and her dogs! 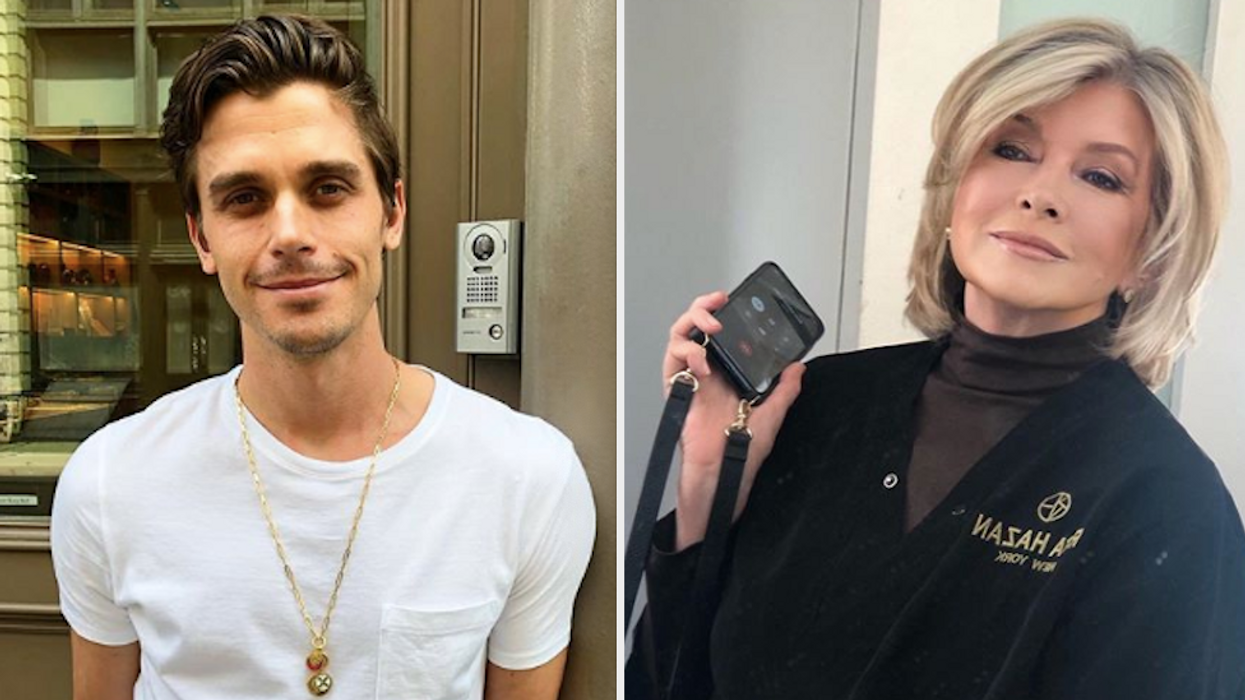 'Tis the season to be jolly and to make sure you get the recognition you rightfully deserve, according to one of the most famous TV chefs. She recently sent a lengthy but funny request to the Canadian Queer Eye star and it got people talking. Luckily, the drama was quickly sorted out after Martha Stewart called out Antoni Porowski on Instagram in an adorably wholesome way.

The 35-year-old from Montreal posted a few photos over the weekend showing him having a blast socializing with Stewart's animals.

The first photo captioned, "with my clique at the Christmas party" shows Porowski in the back of a car with her four dogs.

He followed that with a picture of him petting a horse and holding a bottle of wine in Stewart's stable with the caption, "socializing at Christmas parties."

The second post is what got the 78-year-old businesswoman to speak up about not being tagged in either photo.

Stewart left a comment saying, "Dear Antoni: this is @marthastewart48 You did not tag me on this photo of my stable nor the photo of my beautiful dogs Han, Qin, Bete Noir and Creme Brulee. We are bummed about that because you have so many followers and you [ate] my Christmas cookies!!! You were nice not to post the forbidden scenes and we thank you!!!"

Her comment has almost 1,500 likes and dozens of comments mostly of people sharing laughter and sarcastically egging on Stewart for calling him out.

Luckily Porowski channelled his Canadianness and rectified the situation by adding tags linking to her profile and posting a story apologizing to Stewart and her dogs.

He wrote, "Dearest @marthastewart48 (I got your insta right this time), apologies for not respectfully mentioning dear doggos [Empress] Chin, Emperor Han, Bête Noire, and cuddle monster Crème Brûlée. They deserve recognition also I rewatch your cabbage roll demo with your dear mum Mrs. Kostyra more often than I care to admit."

The Queer Eye star also posted a photo today of him in front of Stewart's home with the caption, "patiently keeping my hands warm by her fire pit until @marthastewart48 follows me back."

He tagged her in the photo and there's another tag for @marthastewart which is likely what he's referring to when he wrote "I got your insta right this time".

We're still waiting on a response from Stewart, but her most recent followed account is Porowski so it looks like he'll get to visit her doggos again.