The special effects are amazing! 😱 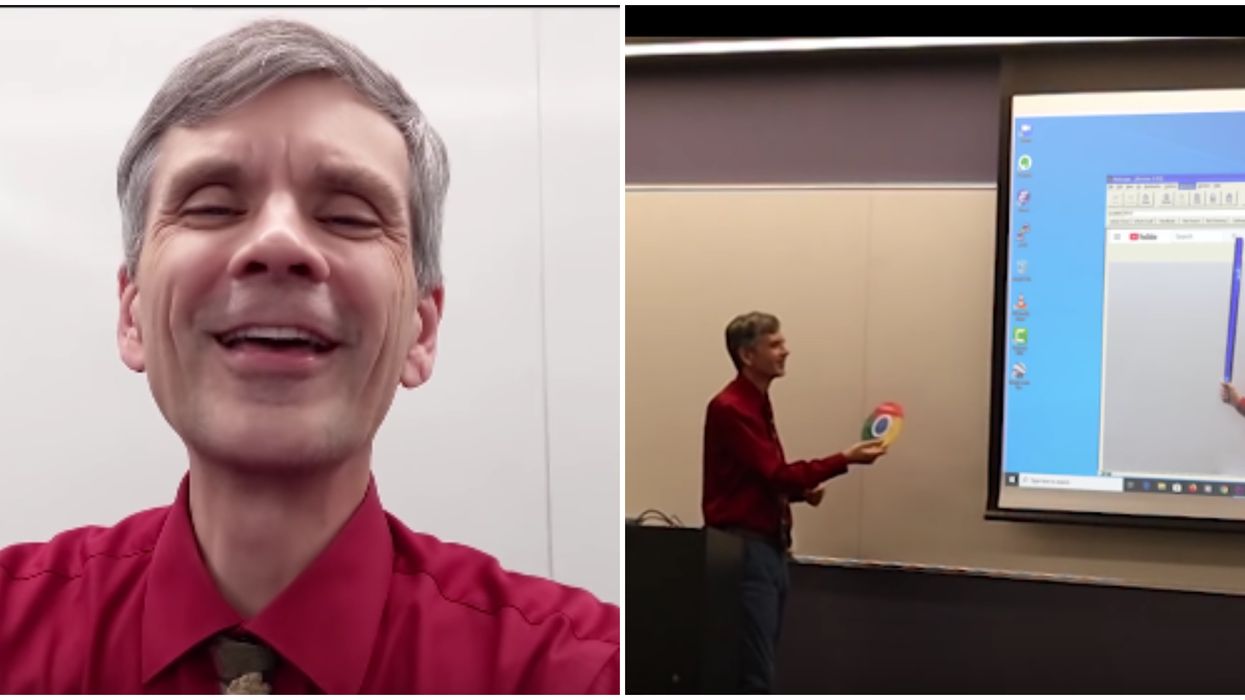 Matthew Weathers, a professor at Biola University, is no stranger to the art of magic and illusions. Three years ago, one of his pranks went viral, gathering 65 million views. This year, he kicked things up a notch. It's safe to say that this math teacher's April Fool's prank just won the internet.

Since the La Mirada campus is temporarily closed, Weathers held his math conference online this year.

Weathers starts off the video by talking to his class and showing them the empty classroom he's teaching from.

Then, he switches over to teaching from the whiteboard, and that's where things get interesting.

He pulls up a hilarious video of himself in what appears to be his alter ego — a backtalking swaggy professor with a sideways cap.

The video is perfectly timed so he can have a conversation with himself.

And while that's impressive enough, Weathers has a whole lot of magic tricks up his sleeve.

"Oh, I didn't see you there. How's it going?" the video recording asks him.

His recording then asks him to do him a favor and "use Google Chrome instead."

Weathers hands himself a paper cardboard of the Google logo right through the projector screen!

Then, the video version of him tosses Weathers a real plastic blue lightsaber that he catches midair.

The tricks are wild!

His on-screen version pauses and asks him the question we were all thinking, "Wait, how'd you do that?"

"That's kind of a secret," but the video version won't take no for an answer.

"I'm gonna take a look myself," he says. Then, virtual Weathers rolls up the projector screen himself!

We don't want to give it all away, but you have to watch it for yourself — you won't believe your eyes.