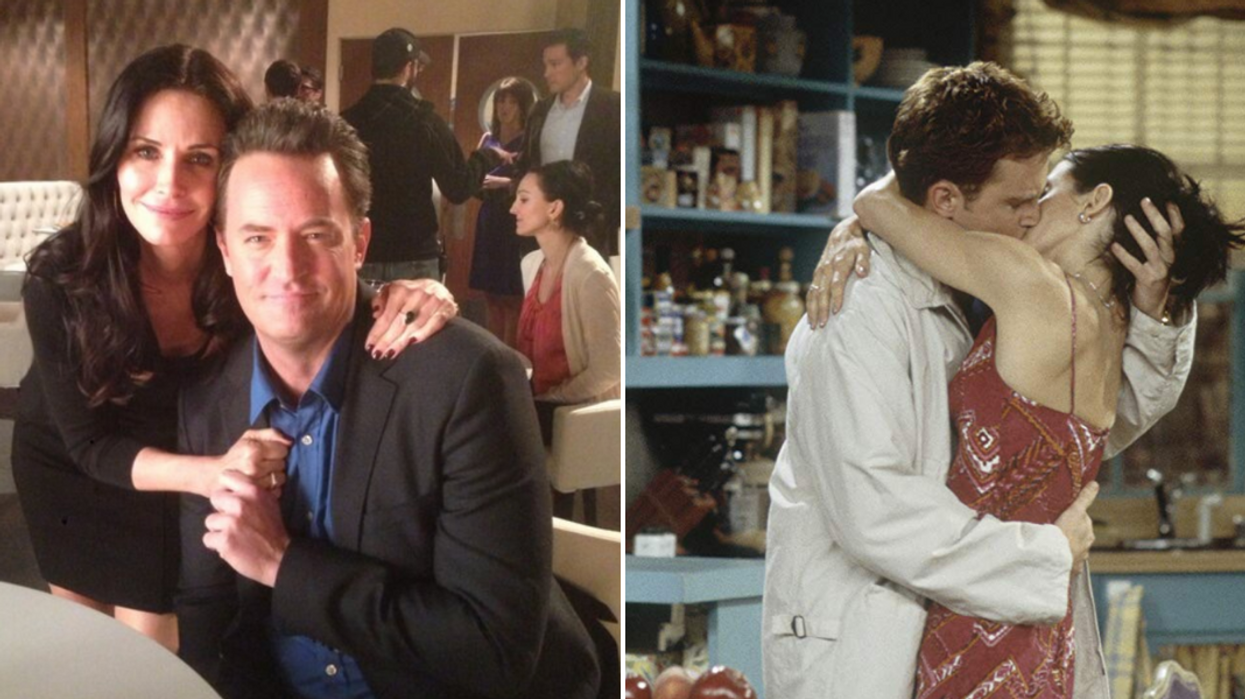 What more can Friends fans ask for today, it's been the 24 hours ours of their dreams. With a confirmed Friends reunion special finally in the works, no one expected this to be the day that we found out one of our favourite on-screen couples on the show may have had, or still have, a romantic past together. Matthew Perry and Courteney Cox dating rumours have always been around, but the rumours might actually be true.

Chandler Bing never landed himself in the friend zone with Monica Geller but it looks like Cox might have done the opposite to Perry in real life.

A source exclusively reported to Us Weekly that, "Matthew's always been in love with her."

The source also reported that "Matthew has never fully been able to get over her."

Some ladies can even make a cemetery look good. Thanks for joining us CC! #GoOn http://t.co/lTvhUXqRiA
— matthew perry (@matthew perry)1361467401.0

As for Perry's romantic ventures, he's reportedly had no recent serious relationships since his six-year relationship with Lizzy Caplan that ended in 2012.

While Perry and Cox have never publicly stepped out together, the two do spend quite some time with one another.

They both were co-stars once again on Cougar Town, and have posted many photos together on social media outside of work.

She's always also been supportive of Perry on his rough journey to becoming sober on multiple occasions.

While we aren't entirely sure whether the two '90s icons have ever been romantically involved at all, we do know that they are close friends. They did, after all, spend every day with one another for 10 years.

However, fans are so happy to hear this news and are basically begging the two actors to become an item in real life. One Twitter user even referred to them as "Mondler", which is their combined pet name on Friends.

Other users are just happy to hear that he's had feelings for her "all these years". One just simply tweeted, "good evening to matthew perry and courteney cox only!!!!" while another one hilariously asked Cox to "divorce her husband" and marry his "brother", aka Perry.

It looks like fans are the only ones dying over their recent hangout either. On the photo, Jennifer Aniston wrote, "MATTY!! ❤️❤️❤️ I LOVE YOU, GUYS" and the comment has almost 150,000 likes. It wouldn't be shocking if the entire world hoped that Perry and Cox would be the real-life Chandler and Monica.

With the announcement of a Friends reunion special, we're bound to see more photos of Cox and Perry along with the rest of the Friends cast floating around social media.