He's got an estimated net worth of $80 million! 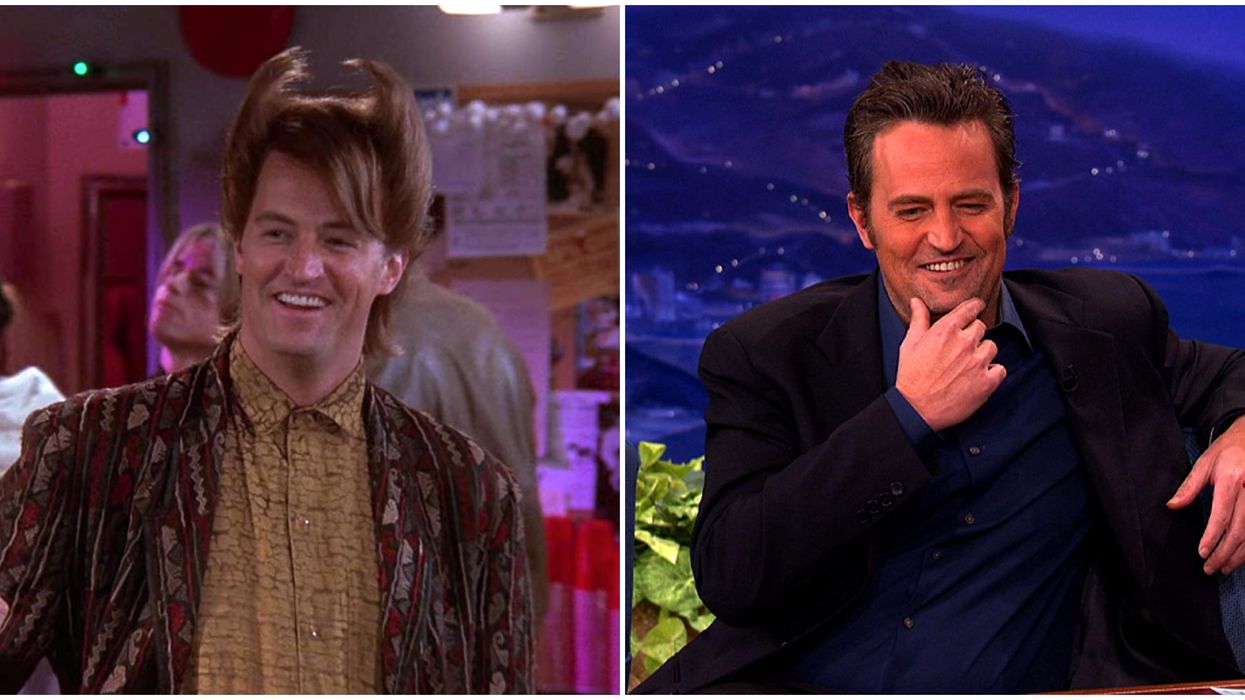 Since Friends was added to the Netflix catalogue a while back, the show has resurged its former popularity, causing an entirely new generation to fall in love with it. While everyone has their own favourite characters, you can't deny that the show wouldn't be what it was without Chandler Bing's witty one-liners. It's easy enough to love him as Bing, but Matthew Perry's life story might make you like him even more than his on-screen character.

Perry's life has been full of ups and downs, but at the end of the day, his friends have always said, "I'll be there for you," even at his lowest moments.

Despite the setbacks, Perry has also had some very impressive moments over the years.

He spent much of his childhood in Ottawa

According to his Biography page, despite being born in Williamstown, Massachusetts, Perry spent much of his childhood in Ottawa, Ontario, where he actually spent a lot of time with Prime Minister Justin Trudeau.

After his parents split while he was still an infant, Perry's mother moved him to Canada with her, and he holds dual citizenship to both Canada and the U.S.

He was a very talented tennis player

As a young boy, Perry not only developed a love for acting, but also for tennis. According to the New York Times, Perry would sometimes practice the sport for up to 10 hours a day and even became a top-ranked junior player.

Perry made his television debut back in 1979 at just 10-years old when he appeared in a single episode of 240-Robert in the role of Arthur.

Biography says Perry didn't get his real big break until about 1987 though when he starred in his first sitcom called Second Chance, which was later renamed Boys Will Be Boys.

While the show had great potential, it never picked up quite enough traction for it to stay on the air.

According to Metro, other actors were considered for the witty and wise-cracking role of Chandler Bing.

Two and a Half Men's Jon Cryer auditioned for the part, but unfortunately, his audition tape didn't make it to executive producers due to a timing issue.

The role of Bing was also offered to Iron Man's Jon Favreau, and although he turned it down, the actor did make an appearance on Friends as one of Monica's boyfriends, Pete Becker.

To this day, the cast of Friends still gets together whenever they can. Perry is still super close with his on-screen wife, Courtney Cox, and according to Metro, the actor always been in love with her.

The entire cast also recently reunited for a group dinner, which Jennifer Aniston shared as her first official post to Instagram a few months back.

He's worked with tons of talented stars, including his father

Perry has developed a very long and impressive resume over the years, but if you take a closer look at some of his projects, you'll notice that his father's name is also on them.

Both Perry and his father appeared in Fool's Rush In and guest-starred in the same episode of Scrubs.

Like we mentioned earlier, Perry had worked on a lot of projects in his day, which is exactly why his estimated net worth is so high.

$80 million may seem like a lot, but according to The Richest, the most well off former Friends cast member, Jennifer Aniston, has an estimated net worth of $240 million.