Who's the real joker? 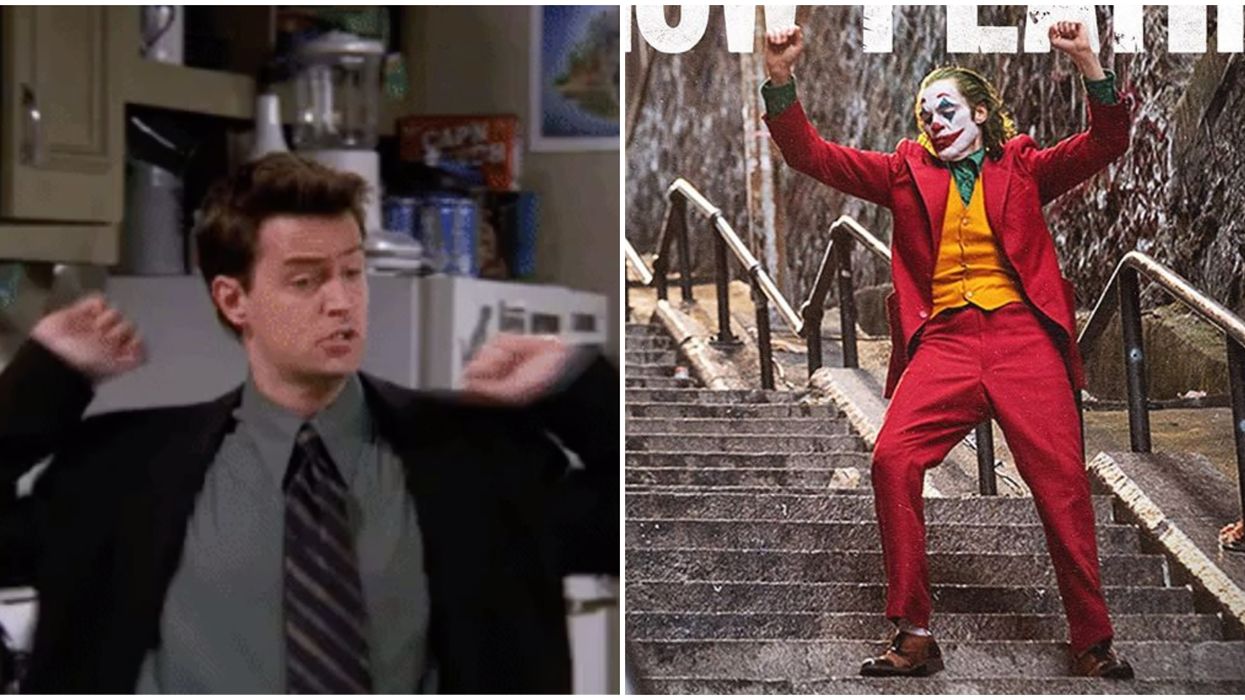 The past week has been good for Friends fans who were blessed recently to find out that a reunion was in the works but little did we know that wasn't the only Friends content we would be graced with. On his Twitter Matthew Perry's The Joker comparison is serving up a major cinematic collision and honestly, this is the Friends content I need in my life right now.

In a tweet posted on Saturday, the star shared a meme showing him as Chandler beside a picture of the Joker from the recent movie. In both pictures, they're dancing.

To be more specific, the picture of Chandler is a still from the show. Specifically, the moment where Ross walks into Chandler and Joey's apartment to find Chandler dancing like nobody's watching, which in fairness no one was.

In the second picture, the Joker was dancing down some steps in New York City, in what's become an iconic scene from the movie.

Coincidentally enough, in the two photos, the characters are doing almost exactly the same poses.

Along with the photo, Chandler... I mean Matthew Perry, simply says "you're welcome."

While we didn't say thank you, we honestly should have because this is the kind of movie commentary and Friends content that we need on our Twitter feeds today.

He followed up by adding, "sorry I don’t know who made the image, but bravo."

Bravo for sure, the tweet is going over really well for Perry.

Some people have even responded to say that they even thought of Chandler when they first saw that scene in The Joker.

One said, "omg when I saw the movie I was like; chandler bing did it first."

Other fans have responded to make other comparisons between Chandler and the Joker, while others have simply been giving the star all the love in the world.

Considering fans were starting to worry about Matthew Perry after seeing some recent pictures of him, it's nice to see he's still got that same great humour.