Bernier also said Thunberg was being used as a "pawn." 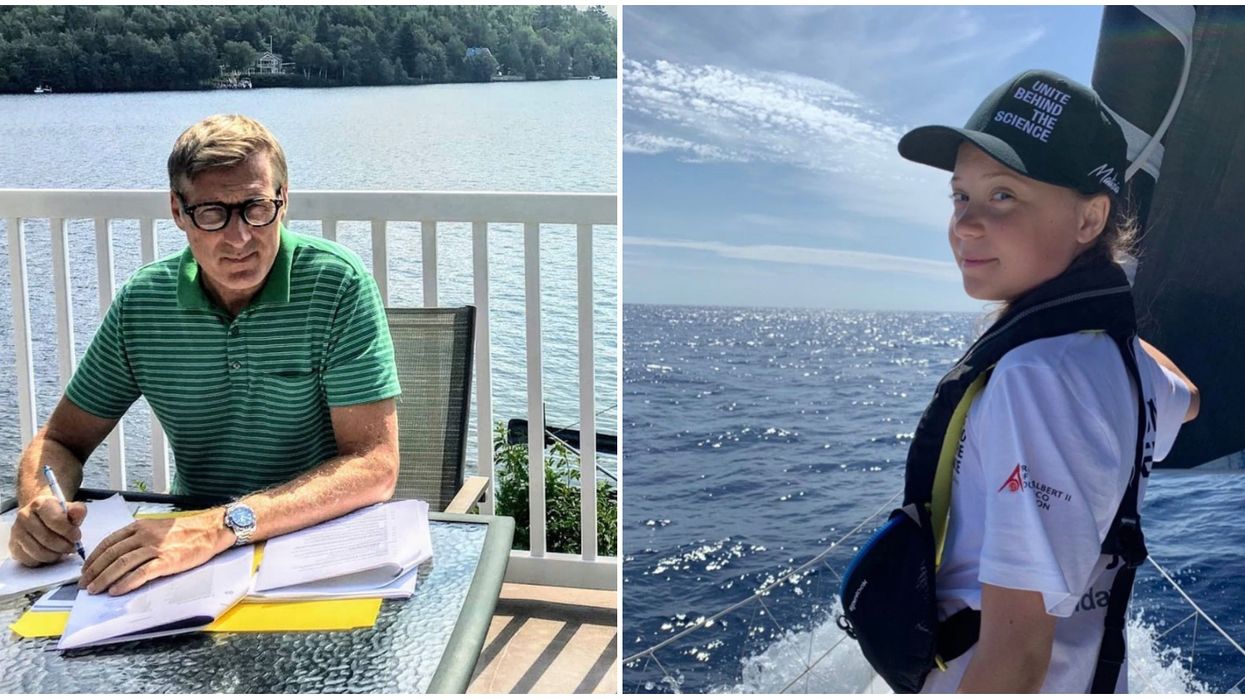 Maxime Bernier, leader of the PPC and a candidate in Canada's federal election, drew criticism on Twitter after he referred to teenage climate activist Greta Thunberg as "mentally unstable." On Sep. 4, Bernier appeared to go back on that statement, instead referring to Thunberg as "brave," and deserving of admiration. Maxime Bernier's new Twitter thread on Greta Thunberg did, however, note that climate groups are using Thunberg as a "pawn" and a "shield."

In the five-tweet thread, Bernier begins by stating that he "received a lot of criticism for a tweet where [he] was mentioning the mental health problems that Greta Thunberg herself and her mother publicly discussed." He then went on to say that he did not mean to "denigrate" her in any way, nor did he mean to do it to anyone else dealing with Thunberg's conditions.

1/5 I received a lot of criticism for a tweet where I was mentioning the mental health problems that Greta Thunberg… https://t.co/JrvbISfNC2
— Maxime Bernier (@Maxime Bernier)1567628513.0

2/ On the contrary, she is a brave young woman who has been able to overcome her problems and deserves our admirati… https://t.co/nJVWikZpHm
— Maxime Bernier (@Maxime Bernier)1567628540.0

In the next tweet in the thread, Bernier writes that Thunberg is "a brave young woman who has been able to overcome her problems." In further tweets, Bernier shifts back to an argument against climate alarmism, writing, "Greta's call to 'panic' and to radically transform society without further debate, because we have no time to avoid a catastrophe, is particularly dangerous, especially for young people here and everywhere that she influences."

4 / Greta's call to “panic” and to radically transform society without further debate, because we have no time to a… https://t.co/QRaRaOJTq4
— Maxime Bernier (@Maxime Bernier)1567628596.0

Bernier finished his five-tweet thread by saying that he will continue his opposition to "disastrous" policies. He also noted that he wanted to offer "a realistic vision based on confidence in the future."

5 / I will continue to criticize and oppose this alarmist vision and the disastrous policies that come with it, whe… https://t.co/DzwrI1onmz
— Maxime Bernier (@Maxime Bernier)1567628641.0

The responses to each tweet in Bernier's thread were varied, with some users continuing to criticize Bernier for his remarks, and others showing their support for the candidate. Some of Bernier's supporters even seemed to show disappointment at what they saw as Bernier succumbing to political pressure.

@MaximeBernier I wish you would tweet more like this - considered, respectful, articulate - instead of attacking. Y… https://t.co/Qw0IebTaOJ
— Tanya (@Tanya)1567634797.0

Greta Thunberg has not replied to Bernier's tweets, nor has she mentioned them on her own Twitter timeline.