He accused the 16-year-old of pushing "climate change lies and antiscientific notions." 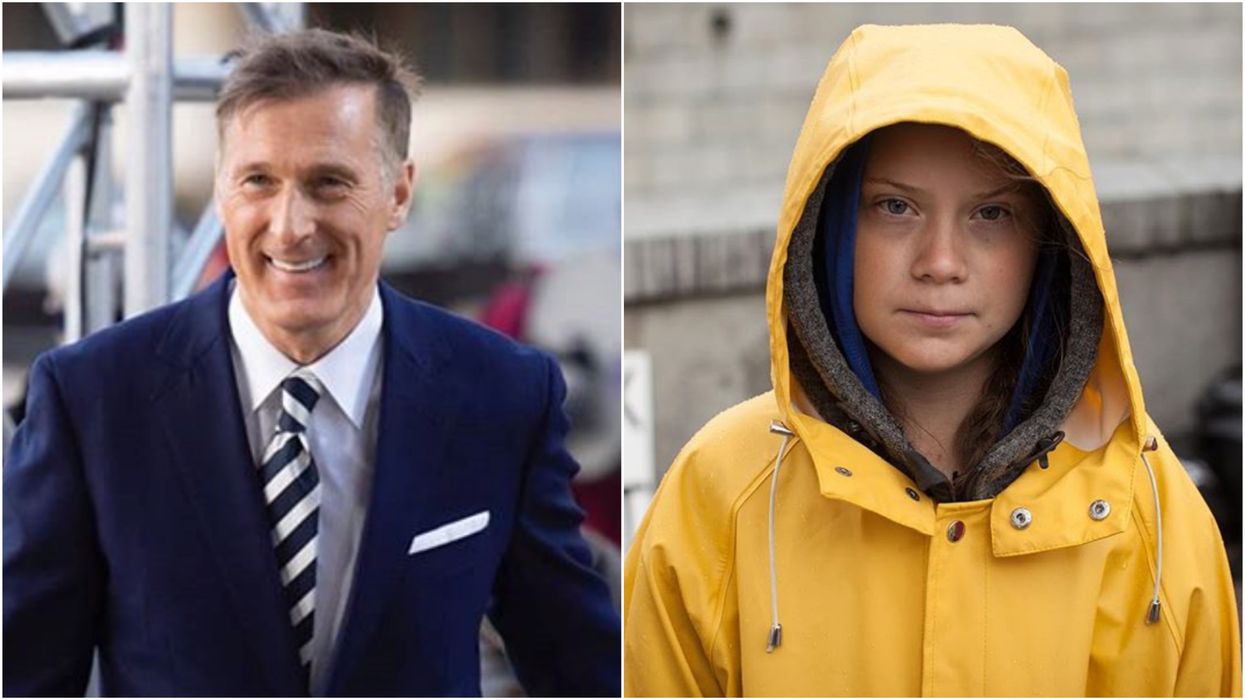 After taking a brief hiatus from social media following a disappointing election for his party, People’s Party of Canada leader Maxime Bernier is back on the internet, and it didn’t take him long to start getting controversial. Once again, Maxime Bernier has dragged Greta Thunberg on Twitter, and this time he’s gunning for Catherine McKenna and Alexandria Ocasio-Cortez, too.

During the 2019 federal election campaign, the PPC leader made no secret of his feelings towards the young activist and the climate crisis in Canada.

After dismissing climate change as something not worth “panicking” or “changing our way of life” for, he accused the 16-year-old of being “mentally unstable,” which was understood to be particularly offensive as Thunberg has autism.

Since then, Bernier has repeatedly dragged the young Swedish activist on Twitter, calling her “not only autistic but obsessive-compulsive, eating disorder, depression and lethargy” and suggesting she “could not possibly understand” climate change.

Now, he has gone for Thunberg once again, and it’s the fourth time in less than three months.

Despite receiving criticism from the Canadian public after his previous Thunberg-related tweets, the PPC leader is now accusing the 16-year-old of pushing "climate change lies and antiscientific notions," and he's calling out Catherine McKenna and Alexandria Ocasio-Cortez, too.

In a tweet posted on Wednesday evening, Bernier shared an article from Forbes magazine, which suggested that “extreme statements” by activists like Thunberg and Ocasio-Cortez “undermine environmental progress.”

Sharing the post, he added, “Great article from environmentalist Mike Shellenberger on the climate change lies and antiscientific notions pushed by activists like Greta Thunberg and politicians like AOC and Catherine McKenna.”

In September and October, Thunberg travelled across Canada and attended several climate change marches alongside Canadians.

She met with Justin Trudeau to discuss Canada’s contribution to the climate crisis and delivered a fiery speech to the world's political leaders in Montreal.

Despite harsh criticism from people like Maxime Bernier, Thunberg insists that her focus remains on the climate crisis.

In an emotional Instagram post following Bernier's previous comments, she wrote "Here we go again... As you may have noticed, the haters are as active as ever - going after me, my looks, my clothes, my behaviour and my differences."

Thunberg ended the post by saying, "I honestly don’t understand why adults would choose to spend their time mocking and threatening teenagers and children for promoting science, when they could do something good instead."