It's being called the highlight of the election. 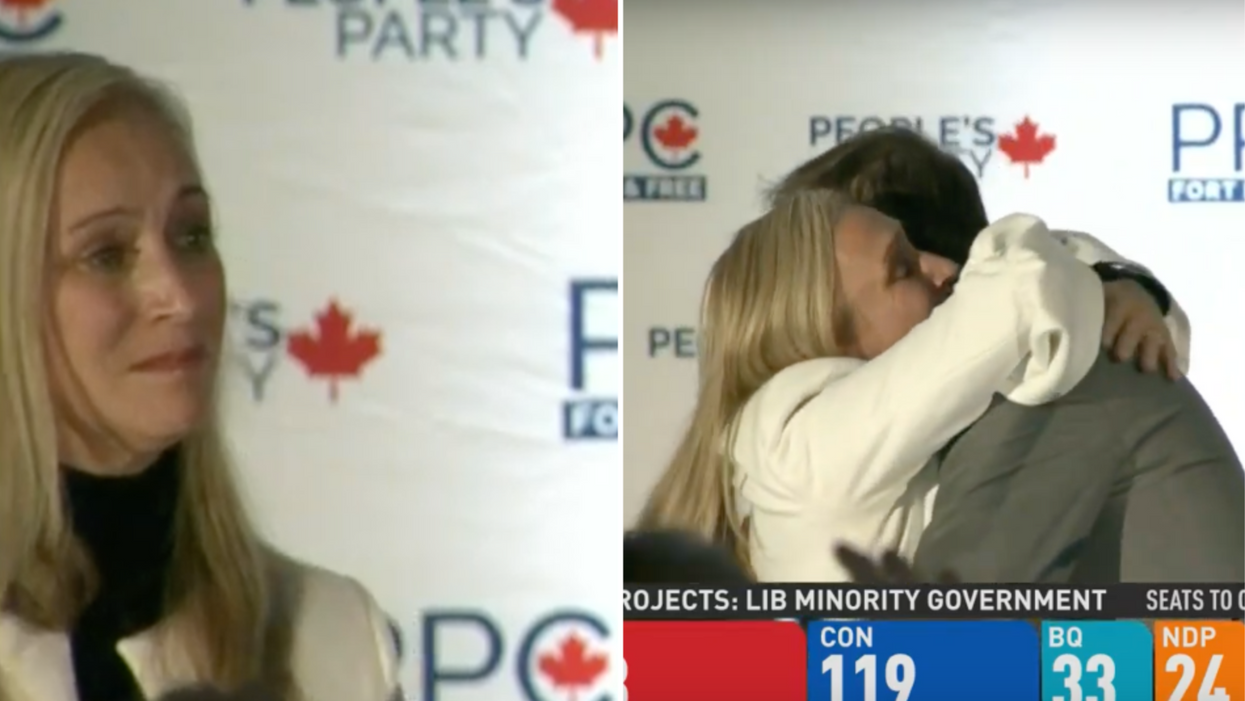 Throughout the entire 2019 federal election, it has been difficult to predict what the results would be on Monday, October 21, 2019. When election day finally rolled around, the polls did not offer any additional clarity until the bitter end. While each politician received different fates on election day, one politician got some especially unfavourable news. Maxime Bernier, leader of the People's Party of Canada, lost his seat in Beauce. When the politician stood up to make his concession speech, Maxime Bernier's wife drew in a whole lot of unexpected attention.

Bernier's wife was quite the spectacle during his speech as she stood to his side sobbing. Bernier's wife, Catherine Letarte, stood next to her husband in tears as he spoke to the efforts of his party throughout the election.

"What we managed to accomplish in only one year is spectacular," he declared. Speaking to the 300-some candidates running for the PPC across Canada, Bernier referenced "shameful attacks from our opponents." He finished his statement with a hopeful battle cry. "We will be stronger the next time, we will continue to fight,” he said. All the while, his wife cried at his side.

Letarte's display did not go unnoticed on the internet. Be warned, these people did not hold their feelings back. As we all watched Bernier's concession speech, we couldn't help but stare at his wife who looked utterly miserable.

If you didn't catch the moment, you can see his speech in CBC's YouTube video at the 4-hour, 40-minute mark.

"While I take no pleasure in the fact that Bernier's wife is crying on stage right now, I absolutely take huge pleasure in knowing that Canada has comprehensively rejected the far-right populist garbage politics that so many other countries are grappling with right now," wrote one Twitter user.

Other users posted memes to capture how they thought she appeared on screen.

One Canadian referred to the scene as "the only invigorating part of tonight."

the only invigorating part of tonight is watching bernier give a humiliating speech after losing his seat while his wife cries
— Reid McCarter (@Reid McCarter)1571714215.0

On a similar theme, another user called it the highlight of the election.

Another tweet referred to her crying as "white girl tears."

One tweet came from a gay bar where one man said “blonde white girl tears heal my soul.”

One user's best guess about the cause of the tears was that "Bernier‘s wife crying as she just now realizes he’ll be spending a lot more time at home."

Finally, one user overlooked the tears and commented on Catherine Letarte's facial expression. "Also, Maxine Bernier’s wife has this look on her face like she is contemplating divorce or death," they wrote.

Also, Maxine Bernier’s wife has this look on her face like she is contemplating divorce or death.
— Laurenn (@Laurenn)1571714120.0

Finally, one Canadian even posted a video of themselves bombarding their TV with balls while Maxime Bernier spoke.

Maxime Bernier has officially lost his seat in the 2019 Canadian federal election. Meanwhile, a minority Liberal government has been declared. In addition to the blow to Bernier and the PPC, he has lost to his former party, the Conservative Party of Canada. If you weren't aware, Bernier used to be involved with the Conservatives. Overall, a rough night for Bernier.