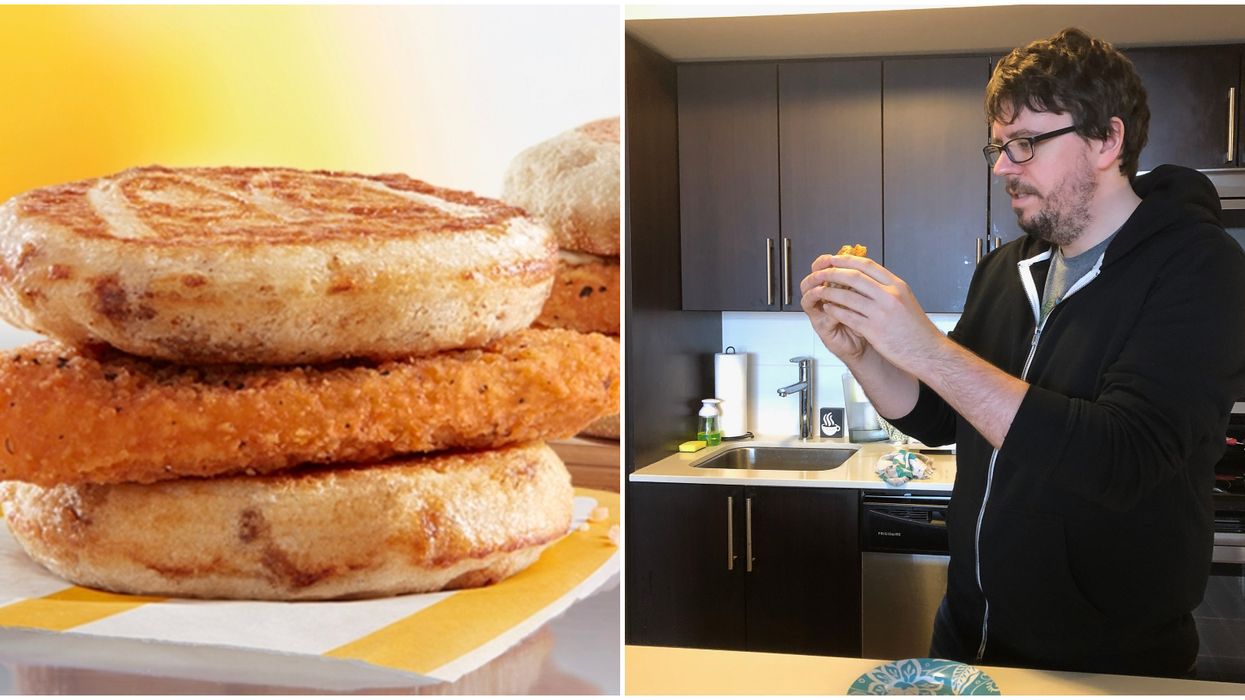 In the world of fast food, it's good to stay ahead of the curve and innovate. The McDonald's Chicken McGriddle is the restaurant's latest entry on its breakfast menu. It has people talking, and we decided to see what the fuss was about.

At $2.49, the sandwich is definitely an inexpensive option. Similarly to the sausage McGriddle, it's as simple as possible — a breaded piece of chicken on syrup-infused pancake buns.

Starting with the appearance, the sandwich itself doesn't have any sort of offputting features. Without any sauce or melty cheese, it actually just looks kind of unremarkable.

The pancake buns sport their signature brown-beige colour, and the breading on the chicken is bright, bordering on orange. The appearance of dark flakes of seasoning is also a nice touch.

One aspect of the sandwich that really stands out is the aroma. This thing gives off a strong scent of maple syrup, with a hint of spice from the chicken.

The real question is how does it taste? Is this sandwich going to become the fast-food equivalent of getting chicken and waffles at a diner?

The short answer is "no." Earlier I mentioned that the sandwich has an unremarkable appearance, and that is also pretty much how I would describe the flavour as well.

While the pancake buns really do evoke the memory of a stack of flapjacks, where the sandwich really falls flat is in combining them with a standard piece of McDonald's chicken.

There's not a lot of contrast in texture. I would have liked the chicken to be a little more crispy if it's going to play well with the pancakes.

The breading does add a little bit of heat to the party, so it gets some points for that.

Overall, though, you get way more flavour out of the classic breakfast sausage from McDonald's, and without any sort of sauce or other elements here, the chicken McGriddle just doesn't cut it.

Another fact that might deter you from ordering this sandwich is that it took longer to make than the average breakfast fare at McDonald's. This might be due to the fact that the chicken (which appears to be the same kind used in the Junior Chicken) is more of a lunch item, and might not have been ready yet.

You also can't get this sandwich as part of the all-day breakfast, so you have to play by the original breakfast rules and get it before 11:00 if you want one.

If you're short on cash and need a quick breakfast sandwich on the go, you're much better off going with a classic McMuffin.