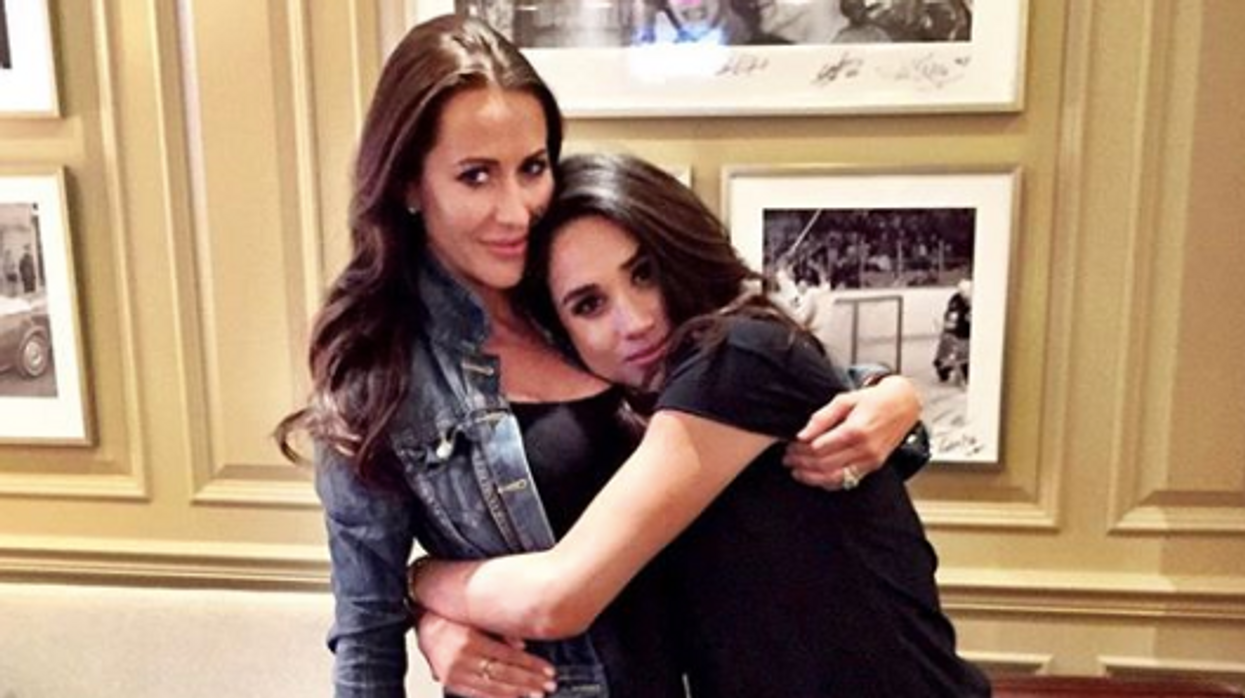 The celebrity duo has been best friends since the Suits actress adopted Toronto as her temporary home during filming. They reportedly bonded over a shared love of yoga and can often be seen visiting one another. But Meghan Markle and Jessica Mulroney's friendship appears to be just as strong online as it is IRL .

This year has been a whirlwind of change for the royal couple, who recently announced that they are stepping back as senior royals.

After spending their holidays on Vancouver Island, Markle and Prince Harry returned to England to make the announcement. Their eight-month-old son reportedly stayed back in Canada in the hands of Mulroney.

The 40-year-old Canadian fashion stylist has a lavish home in Toronto that she shares with her husband, Ben Mulroney, and their three kids.

Royal watchers have been looking to Mulroney's Instagram (and everything else) for an insight into her own life as well as her friendship with Markle.

One common theory is that as the British tabloids heap criticism on the Duchess of Sussex, Mulroney has been clapping back via cryptic but feel-good quotes.

For example, the stylist posted this Instagram photo on January 8, shortly following the news of the couple's split from the Queen.

The image reads: "A strong woman looks a challenge in the eye and gives it a wink."

The message doesn't have an accompanying caption and comments are turned off, but you know, timing is everything.

In August 2019, Mulroney shared a photo that says, "When someone faces unfair criticism, you call it out. When that person is your friend and your family, you call those critics what they truly are. Shame on you, racist bullies."

She added the caption, "3 years of undeserved hate and abuse. It’s enough."

Markle and Prince Harry got into a relationship in June 2016.

On American Thanksgiving in 2018, Mulroney shared a photo that included the quote "Let them judge you. Let them misunderstand you. Let them gossip about you. Their opinions aren't your problem."

Many users in the comments questioned whether the post was referencing Markle.

If you're looking to examine your own Mulroney posts, you may not be in luck—Mulroney's Instagram account recently went private. She currently has 366,000 followers and over 2,200 posts.