The Duke and Duchess of Sussex met with a group of young Canadians in London on Monday to celebrate Commonwealth Day. 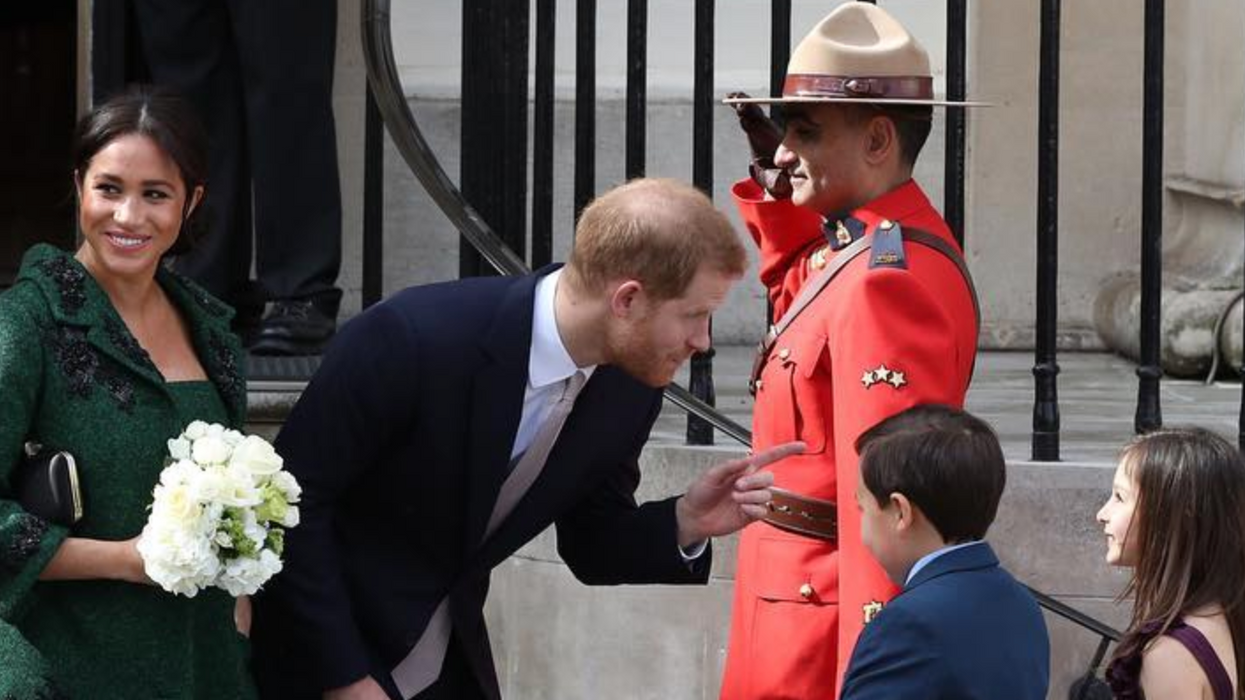 Canada has a profound relationship with Great Britain.  The United Kingdom continues to have extensive influence over Canada's customs and culture - through mutual migration, a shared military history, shared government systems, shared language, and sharing the same Head of State and monarch. So it comes as no surprise that Canadians were especially delighted to learn that Prince Harry and Meghan Markle spent time with a group of young Canadians living in London, England today.

Remarkably, approximately 500,000 Canadians currently live across the U.K.  But just a few years ago, it was Canada that served as the home to a now-prominent figure of the British royal family.  Meghan Markle moved to Toronto back in 2011 and dwelled in our very own backyard until 2018.  Ever since, Canadians have been head over heels for Meghan Markle.

READ ALSO: New Photos Of The Royal Family Prove That They're Happier Than Ever

Many Canadians feel that our home and native land is partially responsible for the romantic union of Meghan Markle and Prince Harry.  That's because the royal relationship gained public notoriety when Meghan was living in Toronto during the time she was filming Suits, before she ultimately moved to England to be with her prince.

Meghan has numerously alluded to the fact that she established deep-rooted connections to Canada during her time in Toronto, and has even referred to Ontario's biggest city as her "second home".

The Royals were the star-attendees at a Commonwealth event that showcased the diverse community of Canadians living in London and around the UK.  Meghan and Harry visited Canada House in London to discuss an extensive array of topics related to Canadian culture, including fashion, the arts, business and academia.  The royal couple eagerly listened to Canadian expats' experiences of living in the U.K.

At the event, Meghan - dressed in a green coat with black floral embellishments by Canadian fashion designer Erdem - warmly recounted her time living in Toronto, and reminisced about her favourite memories of living in the city with all the young Canadians.  According to Harry, "Everyone here seems to be from Toronto."  Meghan gleefully added, "It's such a great place" in an interview with Hello Magazine.

The royal couple participated in a number of Canadian traditional activities, including “Cabane à sucre” or a “Sugar Shack", the special spring-time process in which maple syrup is cooled in the snow to make sweet maple taffy.

During the maple taffy-making process, Meghan asked one little boy, "How many have you had? Seven? Oh my goodness." She then offered her taffy to a nine-year-old girl, Elodie-Rose Duguy-Inegbese, from Shippagan, New Brunswick, who had eaten only two.

The next royal engagement will take place at Westminster Abbey for the annual Commonwealth Day Service, where Meghan and Harry will join the Queen, Prince William, and Kate Middleton in the festivities.

Commonwealth Day represents the annual celebration of the Commonwealth Nations, a total of 53 nations linked to Britain.  The holiday is usually held on the second Monday in March and is celebrated with a multi-faith service in Westminster Abbey.