The present was released in the Royal Family's annual gift list. 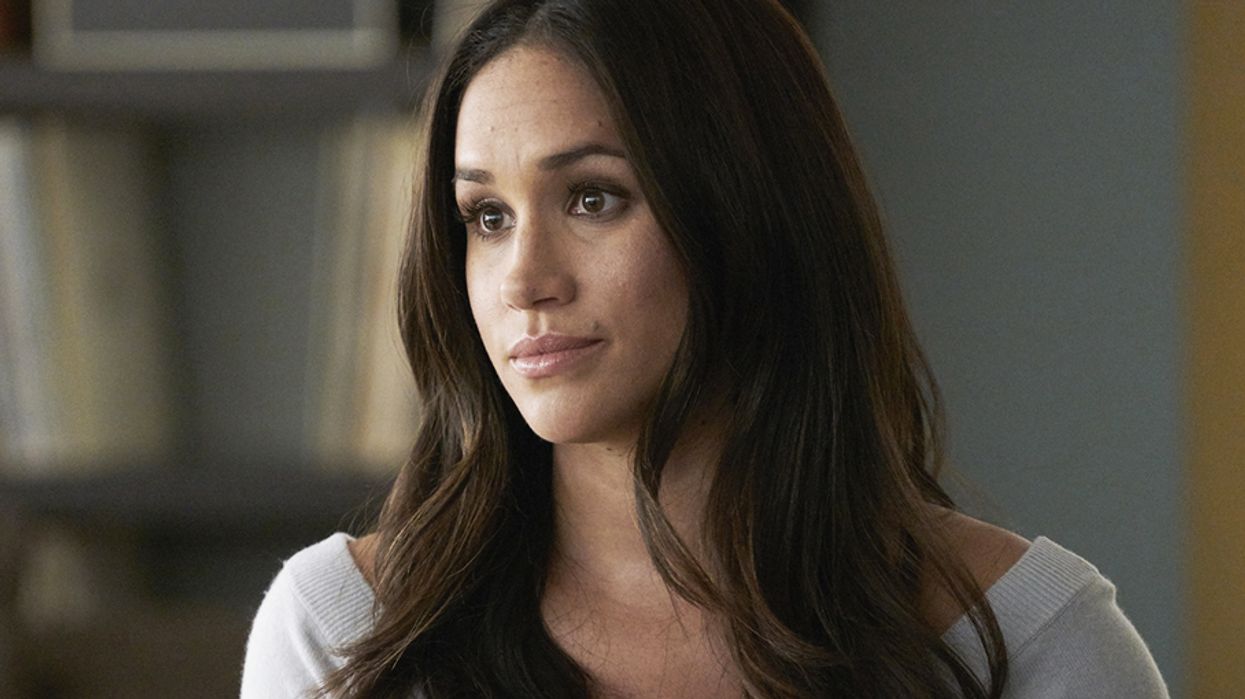 In just a few months, Meghan Markle and Prince Harry will walk down the royal aisle to become husband and wife, and the gifts are already starting to roll in.

On Wednesday, the Royal Family released a very interesting document cataloging all the gifts they received throughout 2017 (a required public disclosure). And although most of the goodies are pretty standard - jackets, t-shirts, passport holders - one present in particular is really pissing people off.

According to TIME, Meghan Markle received an apron as her first royal gift. Naturally, the Internet is up in arms, particularly considering Meghan Markle campaigned against a sexist dish soap advertisement when she was just 11 years old. Later in life, Markle - who's now a UN Women ambassador - reflected on the advert during a speech at UN Women. "Two boys from my class said: 'yeah, that's where women belong, in the kitchen,'" she recalled. Markle said she felt "shocked and angry" and "so hurt."

She's also been outspoken about how her Suits character Rachel is portrayed. During the One Young World conference, Markle made a point to encourage women to know their worth:

"This season every script seemed to begin with ‘Rachel enters wearing a towel,’ and I said, ‘Nope, not doing it anymore. Not doing it.’ And I called the creator, I was like, ‘It’s just gratuitous. We get it, we’ve already seen it once.’ So I think at a certain point you feel empowered enough to just say no. I think it’s a challenging thing to do if you don’t know your worth and your value."

And considering she's also had a really rough go since becoming engaged to Prince Harry, having received a lot of unwarranted criticism about her background and being the subject of numerous racist attacks, it's understandable that her supporters are enraged that she received an apron as her first official gift.

But before we label the gift, let's not forget Markle and her future husband are known to throw down in the kitchen. In fact, the pair were roasting a chicken when Prince Harry proposed, they told the BBC. Markle even ran a now-defunct lifestyle blog, The Tig, in which she shared her favorite recipes with fans.

We may never know whether the gift - which was apparently given by a Finnish "individual - was a sexist snub or not. Markle may be perfectly happy with the apron given her cooking background, but one does have to wonder why she didn't receive a nice book instead. Let's hope Finland steps up its gift giving game in 2018.