The wedding is rumoured to be on December 1st. 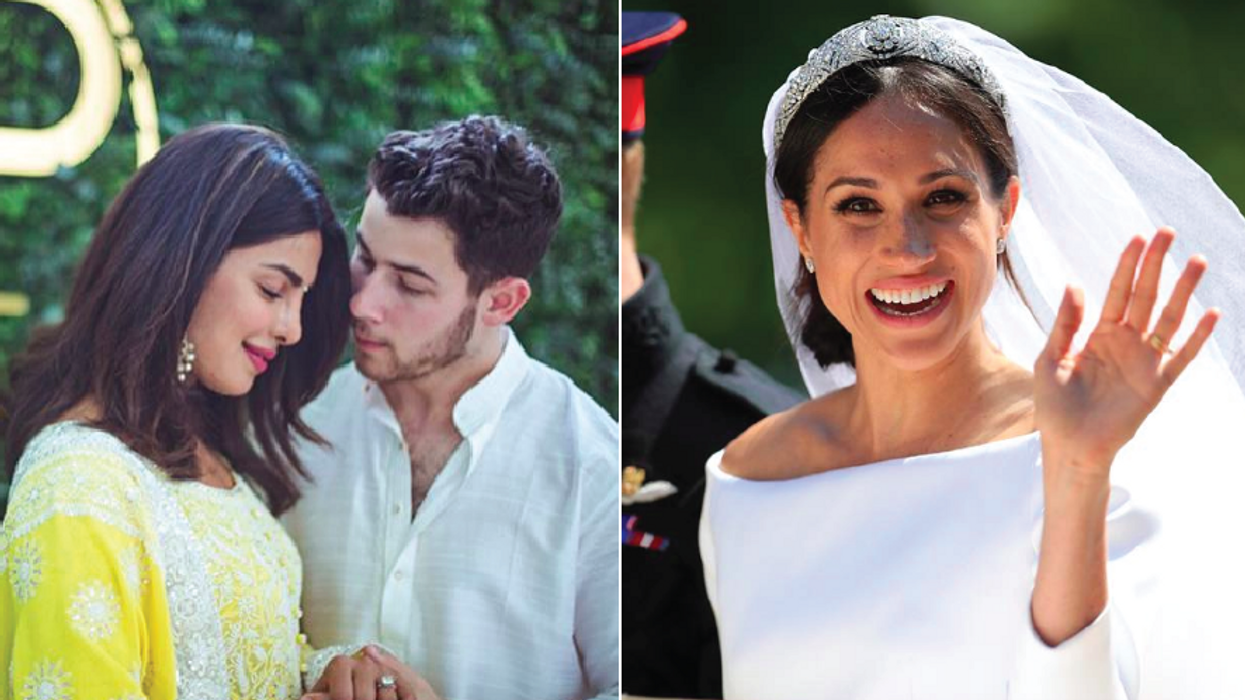 Priyanka Chopra and Nick Jonas' wedding is coming up. Well, it's rumoured to be on December 1st, which is this coming Saturday. While everyone is gathering in India for the festivities, such as Joe Jonas and fiancé Sophie Turner, there is one important person missing. And it looks like she won't be coming at all.

Meghan Markle, who is one of Priyanka Chopra's best friends, is absent from the festivities taking place before she gets married to Nick Jonas. Also not in attendance? Prince Harry, Meghan's husband. When Meghan Markle had social media, they would often rave about each other. We're not exactly sure how they became friends, but we're into it. Priyanka was invited to the Royal Wedding back in May of this year, and although she was seen cuddling up to Nick Jonas a few weeks later, she didn't bring a date to the wedding. Meghan was invited to her wedding, but the real reason she couldn't go? Other commitments as well as her pregnancy. We're super happy that they're still on good terms, but it seems as though Meghan Markle is around 20 weeks pregnant, and the flight from London to India may be too long for her. We can't wait to see the photos from the wedding, and hopefully Meghan sent a card!