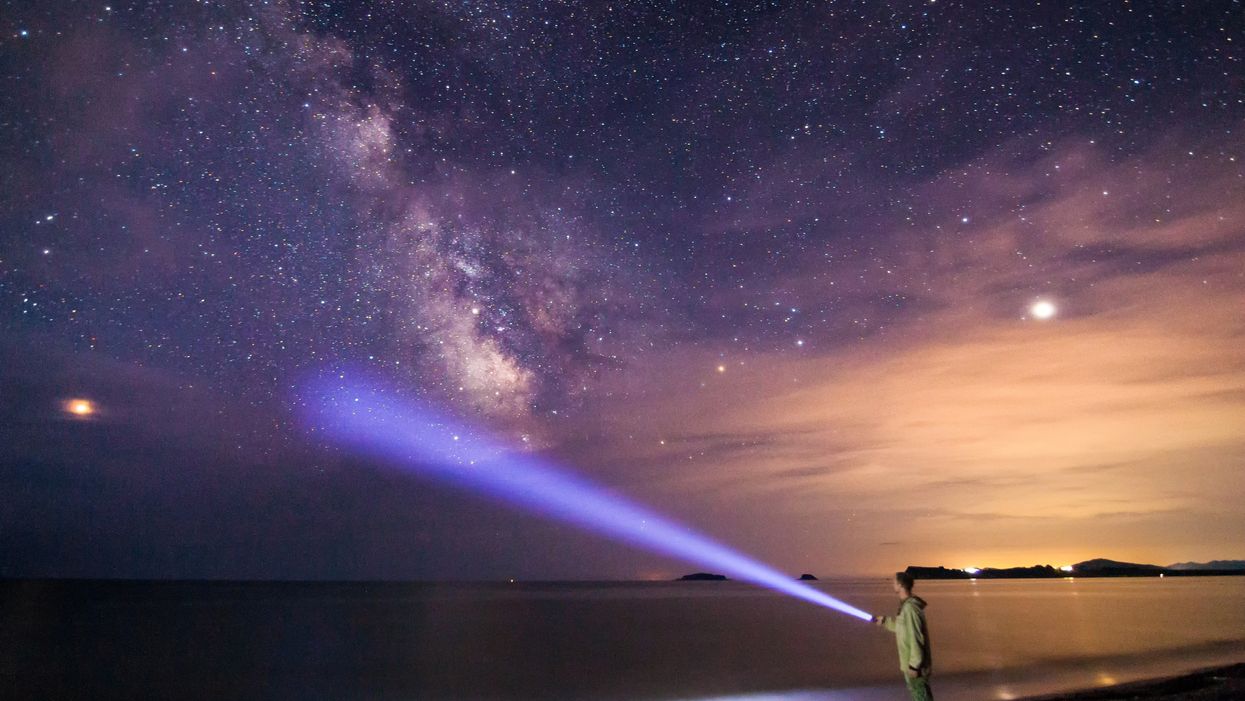 Gaze at cosmic stardust as the new moon rises. Wednesday night there will be a Black Supermoon, and you can experience this spectacular event in Miami. The moon will be nearly invisible, darkening the night sky so much so that shooting stars and the Milky Way galaxy are easier to see than usual.

A Black Supermoon is the second new moon of the month that also occurs when the moon is at its closest point to Earth, according to EarthSky. The moon will be so close it will dramatically affect the tides, and so dark it will greatly enhance your view of the galaxy.

The moon will be as faint as if it disappeared. In reality, it will be cloaked in a deep shadow, its bright side facing away from Earth. This makes for vivid displays of meteors, nebulas, and star clusters, no longer competing with the bright moonlight.

This phenomenon will take place around 11 pm on Wednesday night for Miami, but its effect will last until August 3. Set up your stargazing fort tomorrow night with cozy blankets, a polaroid camera, and a couple of Milky Way candy bars.

The Delta Aquarid meteor shower is currently peaking, so take advantage of the Black Supermoon to watch shooting stars cross the extra-dark sky. Look for this meteor shower around the constellation Aquarius, where it got its name.

You may even spot the Milky Way. June through August is the best time of year to see the galaxy, according to DarkSiteFinder, and the new moon will make it even more visible.

The Black Supermoon makes stargazing from your porch easier than ever. However, if you're looking for an even more enhanced view, the best stargazing locations around Miami include Oleta State Park in North Beach and Matheson Hammock Park in Coral Gables.

You can watch a movie under the stars for free at Vista rooftop pool in Miami tomorrow night at 8:30 pm. Watch for breathtaking astronomical events while you've got such a good view during the new moon.

If you're in northern Florida, head to Kissimmee State Park for an even greater view of the galaxy.