It was a rainy night in Fort Lauderdale. 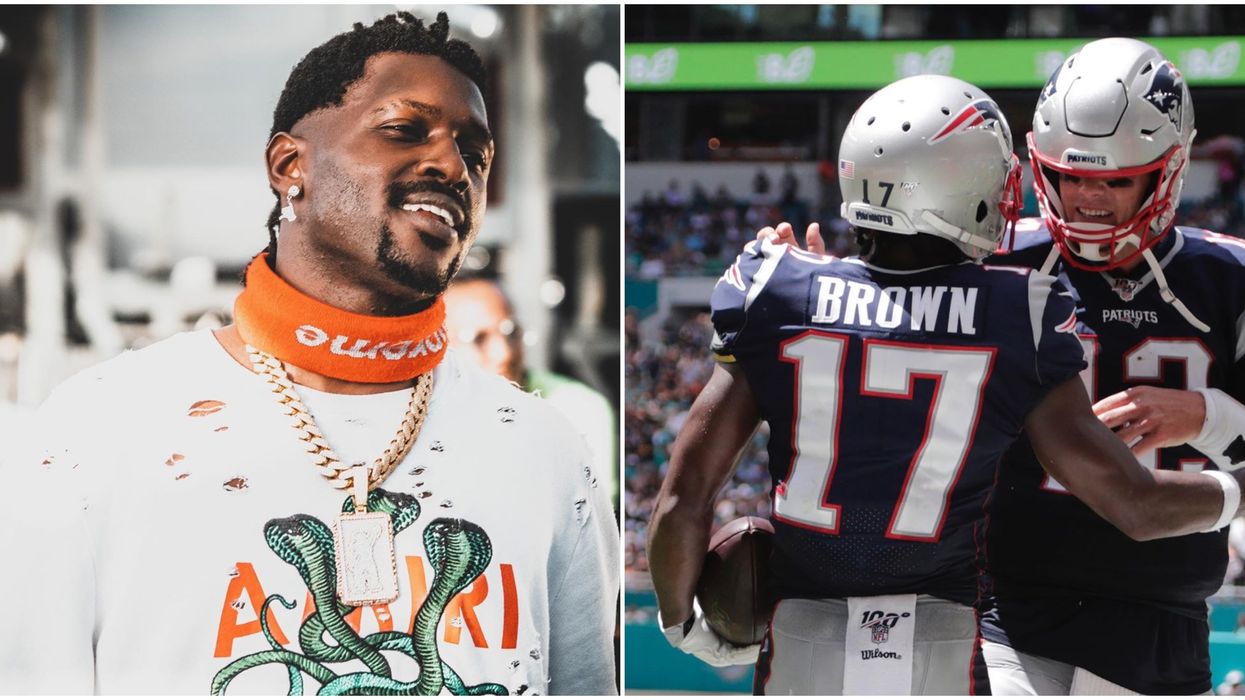 Antonio Brown has gone through somewhat of a metamorphosis over the course of the last seven to eight months. From all-star wide receiver with the New England Patriots to disgraced internet troll, to... rapper? At least that's what it seems like after he kicked off his new music career in Florida over the weekend.

Brown's timeline over the course of the past year or so is filled with twists and turns and might leave you scratching your head so bare with us. The Florida native grew to fame as one of the most talented wide receivers on the National Football League. He starred in the Pittsburgh Steelers' roster from 2010 to 2018.

During the offseason leading up to this current NFL campaign, Brown made headlines due to a major money move to the Oakland Raiders, only to ditch the West Coast team before playing a single minute with them and join Tom Brady in New England. While the move might have tarnished his reputation, NFL fans were thrilled at the prospect of Brown and Brady linking up. The Patriots were yet again Super Bowl favorites.

Brown debuted with New England in week 2 of the 2019 season against the Miami Dolphins and led the Patriots to victory with a touchdown and four catches. However, the stellar debut was tarred with sexual harassment allegations, leading to the Patriots cutting Brown from the squad.

Despite all of this, Antonio Brown seems to be having a grand ol' time.

Here's Antonio Brown two nights ago at a Fort Lauderdale venue performing his latest rap single, to what seems to be a packed house at Revolution Live.

You read that right, Brown has seemingly transitioned into a rap career and has released a single called Whole Lotta Money. So what happened? Due to the continuous reports of sexual harassment being reported from Brown's part, NFL teams were hesitant to engage with the former wide receiver.

Brown, never one to shy away from speaking his mind on Twitter went from abandoning football, to training again, to threatening a return to college, to becoming a rapper.

Despite all the ups and downs Brown's career or lack thereof has taken, the former Pittsburgh Steeler seems to be fitting into the onstage limelight just fine.

Brown donned a motorcyclist get up and even wore a biker's helmet as he performed his first (only?) rap song in Fort Lauderdale. The former wide receiver spent the rest of his stage time by living up to his debut song's title and throwing tons of money on stage and at the crowd.

This incredulous Twitter user caught a bit of the performance on video. While it seems Brown was an opening act this time around, it has not yet been determined whether he will continue to build on this new career venture. Whatever Brown decides to do, we are sure it will be neither boring nor predictable.