It definitely suits her! 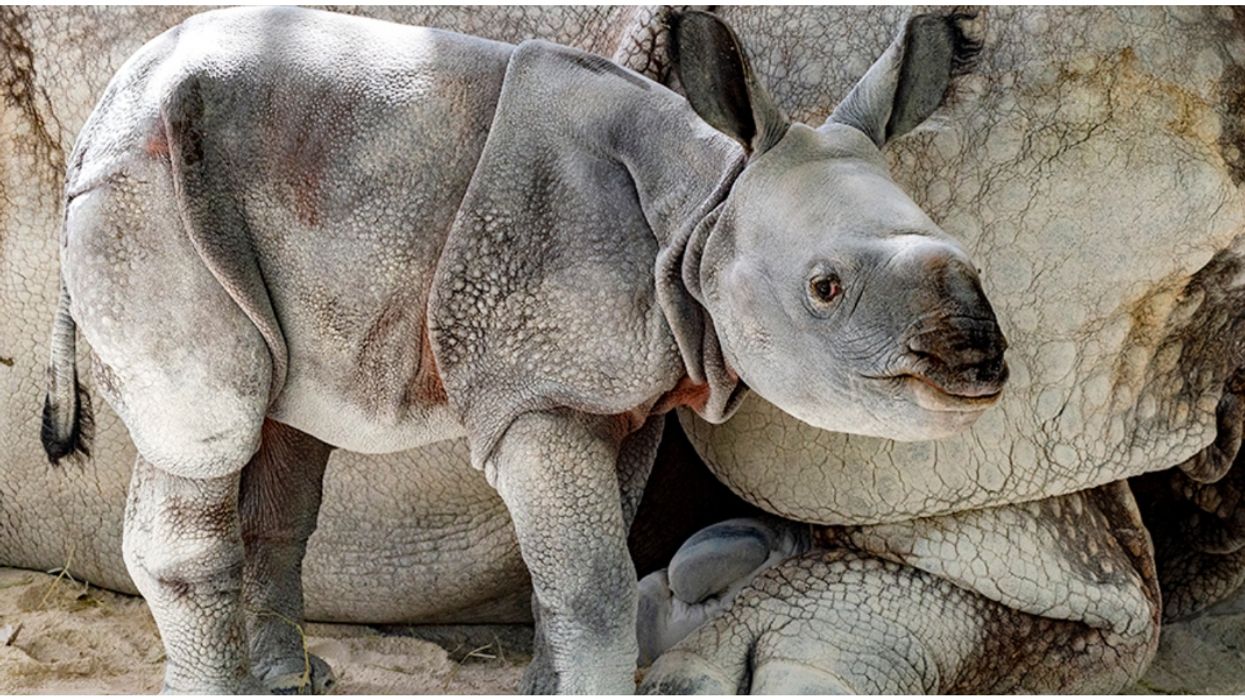 Meet Sarita: the Miami Zoo's second-ever healthy baby rhino. Sarita, who was born on April 23, went unnamed until July, while the zoo's Instagram followers voted on a name for the adorable new rhino from a shortlist. The Miami Zoo announced the baby rhino's name on July 13.

Sarita, a rare Greater One-Horned Rhino, has made history not only as the Miami Zoo's second-ever successful rhino birth. Her birth also marks the first time in the U.S. that this rhino species has given birth to a calf conceived through induced ovulation, according to the zoo's Instagram.

You can watch newborn Sarita trying to find her footing and having a drink from mom, Akuti, below:

Despite natural breeding efforts, Akuti's pregnancy attempts were unsuccessful until the zoo tried induced ovulation. Akuti was artificially inseminated in January 2018, and her pregnancy was announced on November 21, 2018. After over a 15-month pregnancy, the now 7-year-old rhino gave birth at about 12:30 am.

Sarita, who is Akuti's first baby, was revealed to be a baby girl on June 7 to excited Insta followers. Sarita's father is Suru, who was 18 at the time of Sarita's birth. Suru arrived at the Miami Zoo in 2003.

Sarita and Akuti's Indian heritage is reflected in both of their given names. In Hindi, the name Akuti means "princess," and the name Sarita means "river." Suru means "a start" in Bengali.

If you'd like to get involved, attend Bowling for Rhinos on July 25 from 6:30 pm to 10 pm at Bowlero in Miami. This event, which includes a silent auction and cool t-shirts, raises money for rhino conservation projects for rhinos in Africa and Asia. To learn more, go here.