The soccer Icon had a fashion-filled weekend 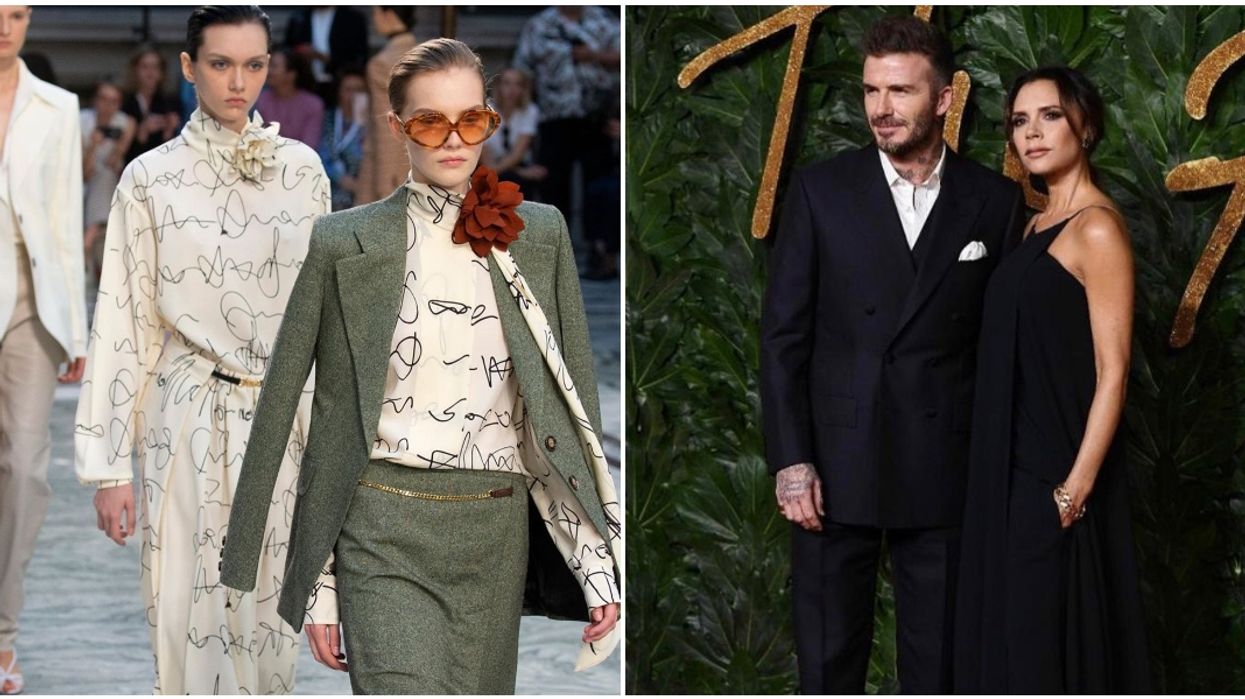 David and Victoria Beckham have been married for 20 years. Although Victoria has certainly been accustomed to cheering her husband from the stands throughout his illustrious soccer career, David is no stranger to playing the role of Victoria's number one fan either.

This weekend, he did just that while Victoria debuted her latest collection for her eponymous clothing brand at London Fashion Week. David was seen with the rest of the Beckham clan at the runway.

Brooklyn, Romeo, Cruz and Harper sat alongside David (and one Anna Wintour) as the models displayed Victoria's elegant creations for her Spring/Summer '20 collection.

Victoria launched her eponymous fashion brand back in 2008. Since then, the brand has gained attention throughout the fashion world. The brand has been so well, in fact, that Victoria expanded the brand into the beauty industry as well.

On the day of the show, David took to Instagram to share the pride he and his family felt for Victoria on her big day.

This was not the only fashion moment David Beckham took part in recently. The former soccer superstar was recently honored at the British GQ Awards as the recipient of the 'Man of the Year' award.

The Inter Miami part-owner received the award for his 20 years of excellence in soccer, fashion and philanthropy.

David is also fresh off being listed as one of the 10 best-dressed men of the week by GQ USA.

While in London, David was sure to keep his agenda balanced with some business to accompany his pleasure. David and fellow Inter Miami co-owner Jorge Mas were in attendance at this weekend's Tottenham Hotspur match.

Here are Beckham and Mas at the brand new Tottenham Hotspur Stadium.

Naturally, speculation arose once the two hit the scene. After making it to the Champions League final last season, Tottenham has to be considered one of the elite clubs in Europe at the moment.

Could the Inter Miami duo be scouting players, coaches, both?

Mas and Beckham certainly had a chat with Spurs coach Mauricio Pochettino.

With the Miami club still failing to have named a coach and having no shortage of available spaces left on its roster, expect an announcement on the topic to come soon.