Drake Was Sporting Bronny's Jersey In His Latest Music Video

The Canadian rapper adds yet another jersey to his collection. 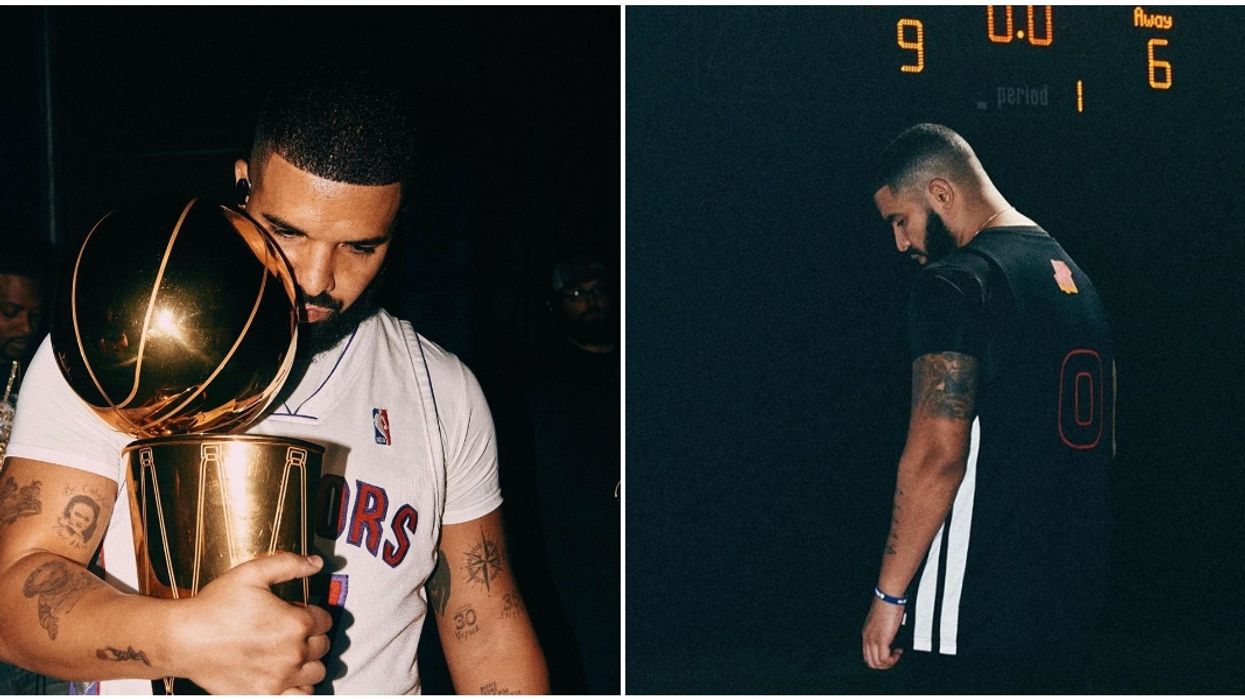 Four-time Grammy award-winning musician Drake released his latest music video this Monday. The hip-hop superstar dropped the visual for one of two singles that were released in conjunction with his Toronto Raptors' first-ever NBA title. While there is plenty to dissect from the Money in the Grave video, there is one particular scene that caught our eyes. Drake is wearing a Bronny James jersey while rapping inside his very own basketball court.

Seeing as how Money in the Grave was released after Toronto's unprecedented NBA title win, one would expect for the video to give some sort of nod to the Raptors. As expected, toward the second half of the music video, Drake is rocking a Percy Miller Toronto Raptors jersey while performing to a Toronto Crowd and lifting the Larry O'Brien Trophy.

Miller, aka Master P, briefly played for the Raptors back in the 1999 preseason. Drake is an avid fan of the sport, so surely he respects the former rapper for giving it a go on the court.

As music and basketball fans alike might be aware, this is far from the first time Drake wears a sports team's jersey. From Kentucky University to the Toronto Raptors, to LeBron James' high school jersey, Drake is no stranger to showing his support for basically any player or franchise.

That said, it still came as a surprise for Drake to be seen in the jersey of a 14-year-old. We have mentioned how LeBron's son Bronny has been raising eyebrows. So much so, he has even gotten his father in some trouble over his enthusiastic sideline reactions.

Thing is, Drake and James go way back. There is a longstanding friendship between the baller and the rapper.

So while it may be shocking in the context that (to repeat) Bronny is only 14, it really isn't all that surprising given how close Drake is to the James family and how impressive Bronny's game has been of late.

In case fans did not catch or recognize the jersey in the video, here's Drake's post:

For good measure, LeBron decided to repost and share his pride.

While the younger James has not dedicated an Instagram post top the shoutout, he certainly saw the gesture. Bronny has posted the image on his Instagram story.

Check out the full video for Money in the Grave here: