Hard Rock Stadium In Florida Will Transform Into An Outdoor Theater

Catch a glimpse of Dolphins history on the big screen. 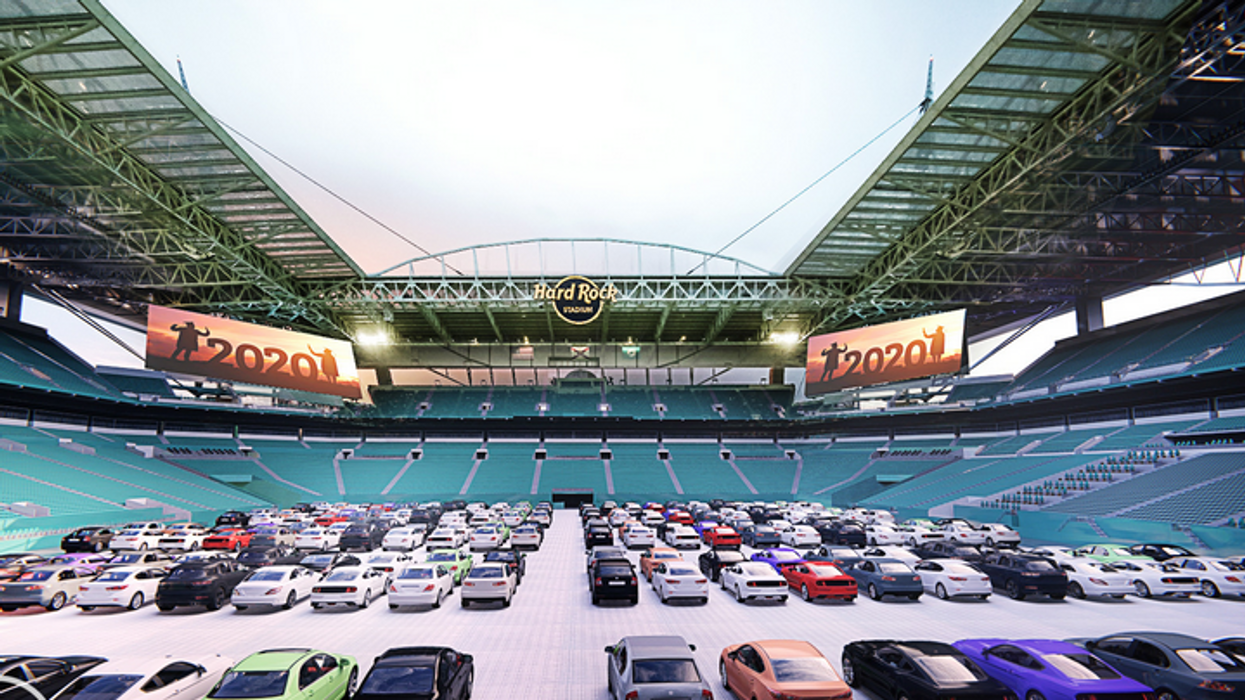 The Miami Dolphins have gotten creative since they haven't been able to play. It was announced on Tuesday that a massive drive-in theater at Hard Rock Stadium would welcome folks who are itching to watch a movie on anything other than their TV. It's another in a line of innovative ways South Florida's entertainment giants are repurposing their facilities during COVID-19.

"We are excited to announce an open-air and drive-in theater that will showcase classic @MiamiDolphins content, classic films, host commencement ceremonies, and more," a tweet from their Twitter account reads. "These experiences will stay in accordance with social distance policies."

The Hard Rock Stadium Drive-In is large enough to accommodate up to 230 cars, but the facility will also have an open-air experience, though the specifics haven't been clarified, according to the release.

This open-air theater will host smaller groups for a more intimate moviegoing experience and will be hosted on the stadium's south plaza. Both concepts will show classic Dolphins' games and family-friendly movies.

Food options will be ordered through an app that will be developed by the stadium.

Outdoor movies have popped up across the state recently as shuttered entertainment palaces are searching for a new way to engage guests, including Dezerland Park in North Miami. The amusement park transformed its parking lot into a drive-in theater while awaiting word on when it can reopen its original attractions.

When the stadium officially opens this massive outdoor theater, it won't be the largest in the state. That title will go to Lighthouse 5 in Eustis, which, when opened, will be the largest drive-in in the world and will feature RV grounds, shops, and restaurants.

At this time, there is no set date as to when the Hard Rock Stadium Drive-In will open to the public, but individuals can be notified when tickets are released.