LeBron James Jr. proves that the apple does indeed not fall from the tree 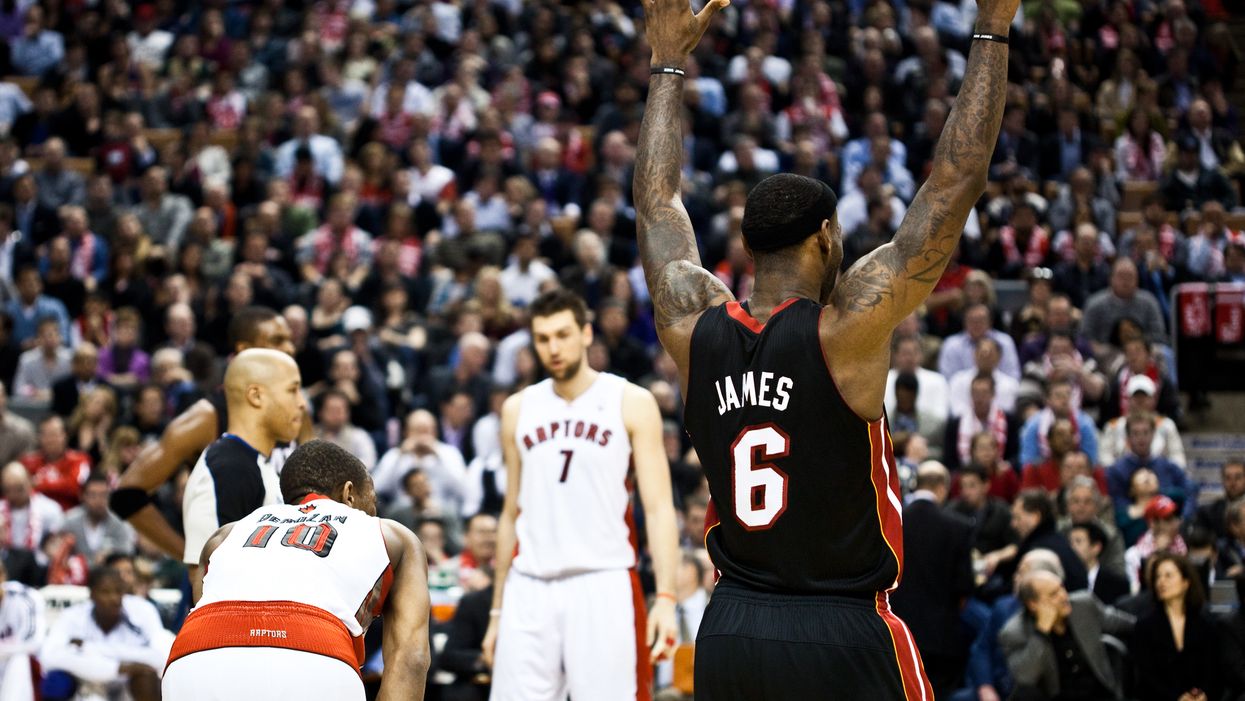 Now that Dwyane Wade has officially put an end to his career, the Heat legend has had time to appreciate the game from a different perspective. That includes looking ahead to the future of the NBA. By the looks of things, the name James will continue to feature in the arena across the country for years to come.

Over the weekend, LeBron James Jr. played the Big Time Hoops Championship match in Las Vegas. Naturally, his father LeBron James was in attendance. The former Heat player even warmed up with his son's team.

While LeBron is clearly the star of the family, it was Bronny who stole the show this particular afternoon. The 14-year-old made all kinds of ruckus on the internet after this impressive slam dunk.

LeBron could not help but flex and gleam with pride as his son shows the world he seems more than capable of carrying on the weight of the name sprawled across the back of his jersey.

The dunk caught Dwyane Wade's attention as well. The Heat legend took to Twitter to show his "nephew" some support.

Let's not forget: LeBron and Dwyane Wade are in fact extremely close and always have been even before their time together in Miami. SO it really should come as no surprise when Dwyane Wade affectionally calls Bronny his nephew.

The Wade and James families do have a plan in action to take over the league after all.

While Bronny's slam dunk was impressive, it's also important to note that it was the 14-year-old's last game with his childhood team. Bronny has been a part of North Coast Blue Chips since he was in fourth grade.

He posted a touching message on Instagram to note the importance of his time with the team.

The future is certainly bright for Bronny. Surely his father and Dwyane Wade will be keeping a close eye on their sons and proudly posting highlights from the second iteration of a Wade-James dynamic duo.

Zaire and Bronny will be high school teammates for the prestigious Sierra Canyon School in Los Angeles.