Every Celebrity Spotted At Art Basel In Miami

America's version of the Swiss exhibition gets A-list attendance. 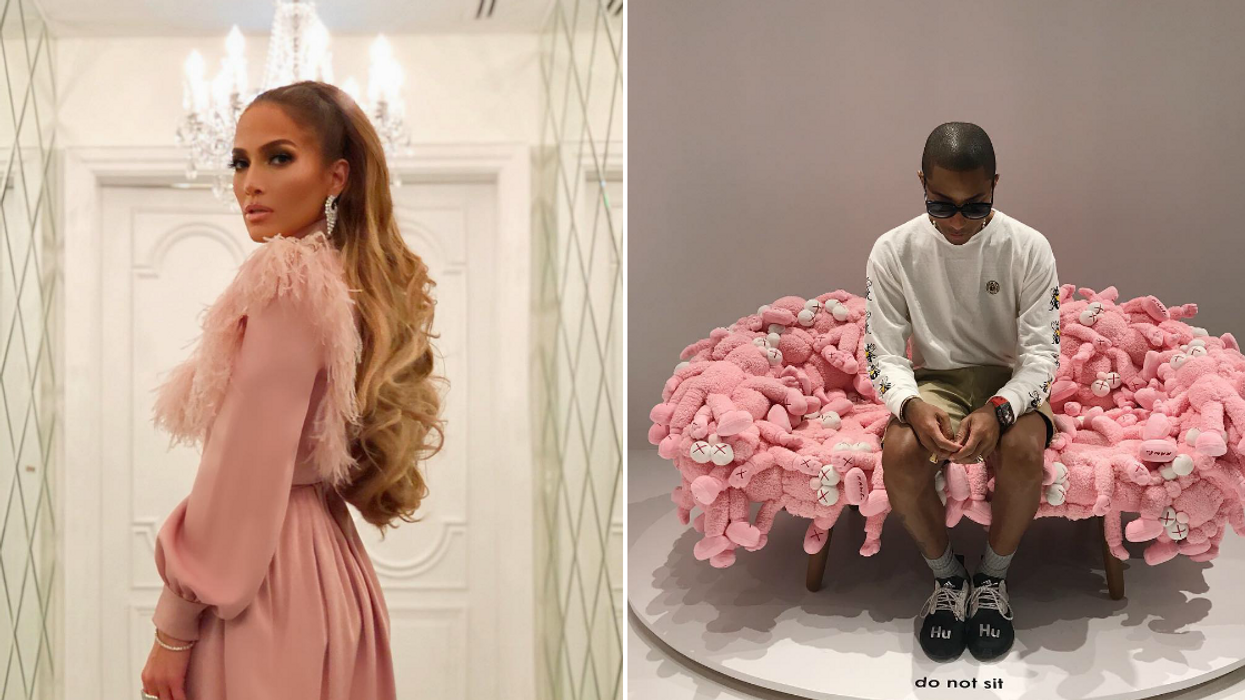 Miami was the center of celebrity attention this weekend as Hollywood's biggest stars traveled to Florida's Art Basel exhibition. The three-day art show closed out the globally celebrated Art Basel 2018 season, which ran from March 29 – December 9.

The show celebrates the world's artists, connecting them with galleries, collectors, and peers from around the globe. Beginning in the 1970s with more than 16,000 visitors, the art show has grown to be the months-long, worldwide exhibition it is today, drawing over 100,000 visitors each year.

More than its growing popularity among the art community, Art Basel has become a who's who of celebrities, with many contributing to the art show with music and pop-up performances. From December 6 – 9, Miami was bursting with surprises as the biggest celebrities in the U.S. made special appearances to close out Art Basel 2018 with a bang. Here are all the stars that flooded Florida this past week: This one came as a shock for many as she just announced her breakup with Offset. Still, Cardi B was partying it up Wednesday night at E11EVEN MIAMI, where she eagerly grabbed the mic and sang along to her own songs.

Her surprise performance featured hits such as "Bodak Yellow" and "Drip" — not exactly the song we'd expect her to be singing along to considering it features her ex.

G-Eazy also performed at Art Basel Miami this year at E11EVEN MIAMI. The "No Limit" star took center stage and surprised fans when he performed his newest song, "Endless Summer." Following G-Eazy's performance was Kylie Jenner's beau, Travis Scott. The artist hopped on top of the DJ booth and urged fans to put their cell phones away and "be in the moment" while he brought the worldwide celebration of art to the next level. Leonardo DiCaprio might not have been front and center during the Art Basel commotion caused by Cardi B, G-Eazy, and Travis Scott, but he was seen at the upstairs private club at Casa Tua.

Leo is an Art Basel "regular," and attempted to go undiscovered when getting to the Miami Beach Convention Center for some lowkey art appreciation. Unfortunately, he was immediately recognized by this CBS reporter who was quick to catch the star on camera. Leo was also reportedly seen at a late-night karaoke party with U2's Bono. Bono joined Naomi Campbell and Christian Louboutin for a charity auction to raise awareness and money to fight AIDS. The auction raised over $5 million for the Bono-led charity, RED. Also at Casa Tua during the karaoke party was Paris Hilton, who had a blast dancing to Beyoncé's "Formation" alongside other A-list celebs. It seems the cure to a recent breakup this year is to head to Miami, since Paris also announced that she was calling off her engagement to Chris Zylka shortly before her appearance at Art Basel Miami. She probably got the memo for Miami's healing powers from Cardi B. Tennis champion, Serena Williams, was also present in Miami this week, where she launched her new fashion line Serena to celebrate the occasion. The launch was a huge success for the tennis player turned designer turned CEO. Seriously, what can't Serena Williams do? Naturally, Art Basel Miami drew the attention of one of the biggest names in Hollywood, Jennifer Lopez. Obviously, boyfriend Alex Rodriguez was there for the ride as well.

At the Versace Mansion, Tessa Thompson hosted a party to announce the winners of the annual Bombay Sapphire Artisan Series' arts competition. In attendance were actress Laura Harrier, singer Teyana Taylor, and former NBA star Kevin Garnett. Needless to say, it was one of the swankiest events of Art Basel Miami.

At the RC Cola Factory in Wynwood, Kanye West gave a surprise performance in honor of late rapper XXXTentacion and the release of his album, Skin, which hit stores after his death. The highlight of the evening Kanye performing his new song, "One Minute," featuring XXXTentacion.

Lil Wayne also made an appearance at Kanye's surprise performance, where he also paid tribute to XXXTentacion. He also performed at a private party for Republic Records at the Confidante Hotel where he reportedly told the crowd that he hoped they were having so much fun that they "don’t make it back to where you’re from because you just don’t want to leave here."

Pharrell Williams posted up beachside at the swanky 1 Hotel South Beach for an epic performance. Not only did the Grammy-winning singer put on an incredible show, but his new restaurant was one of the hottest places to eat this week. One of the most notable reservations was Kanye with Kim Kardashian's bestie, Jonathan Cheban. Lenny Kravitz also joined Pharrell for a bite to eat here. What a week to have a reservation at Swan and Bar Bevy!

Music producer Swizz Beatz's traveling art exhibit, No Commission, drew a number of celebrities. The two-day event with Bacardi featured a performance by rapper Meek Mill. Perhaps one of the biggest highlights of the Art Basel weekend in Florida was a fight that broke out at a private event where Meek Mill and DJ Khaled were present. DJ Khaled posted about the event, posing with Meek Mill and a number of other celebrities who were caught up in the excitement.