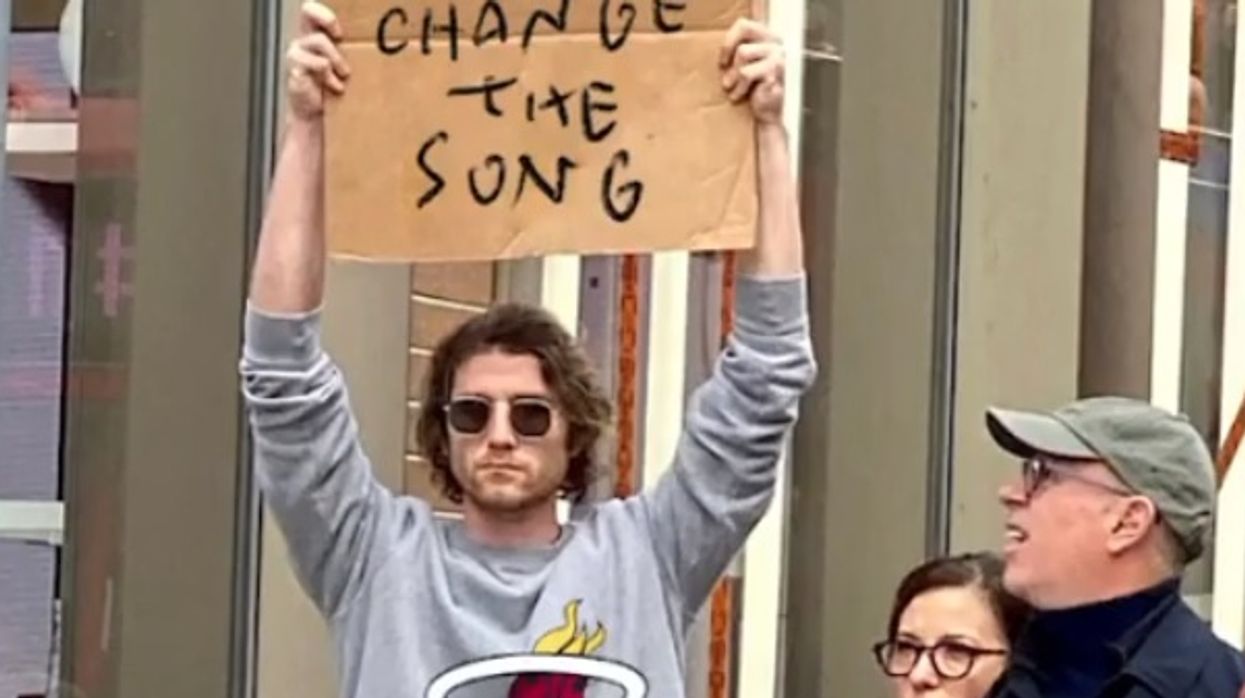 Even if you’re not a fan of basketball, if you’re not following Miami Heat on social media you’re missing out on some seriously hilarious and wholesome moments. The Heat team doesn’t hold back in any sense of the word, whether it’s on the courts, giving back to their community, or stoking fans with promotional videos. And while their recent wins are indisputable, fans have had a lot to say about their music choices of late.

When a winning score is promoted on their Instagram, it has been continuously accompanied by the song Oh We Winning, and while some fans love the song choice, others seem to be over it.

The Heat recently rebutted the criticism with a signature post of sass, adding the new score of 129 to 114 against the New York Knicks with a photo of a man wearing a Heat sweater and holding up a sign that said, “Stop asking us to change the song.” It was of course accompanied by the now-classic winning track.

It was all in good fun amongst fans in the comments, though, with some praising the track and the Heat’s performance, while others lightheartedly bemoaned the repetitive use of the song. Whether you’re a fan of the song or not, though, you have to admit that the Heat stays true to their own style, that’s just one of the many reasons why we love them.

The Heat team is known for not taking themselves too seriously, seen here when Jimmy Butler and Chris Silva made up their own game on the sidelines called “Soccer Tennis,” inspired by their friend Paul Pogba.

But before we get too off-topic, check out some comments about the song below.

And who could forget the hype they created over their new ViceWave jerseys? From literally repainting public spaces to their ViceWave colors to surprising an entire flight of passengers with their own jerseys, the team is always spreading joy and excitement.

They are also deeply appreciative and connected to their community and fans. Over the month of December, the teammates made several appearances at toy drives and fundraisers, treating families in need to holiday shopping trips and providing students with tools for college.

If you weren’t a fan of basketball before, just watching how wholesome and excited the Miami Heat can be is enough to make you a fan, now.

And no, it doesn't look like they plan on changing their music choices any time soon!