It's the new car pooling. 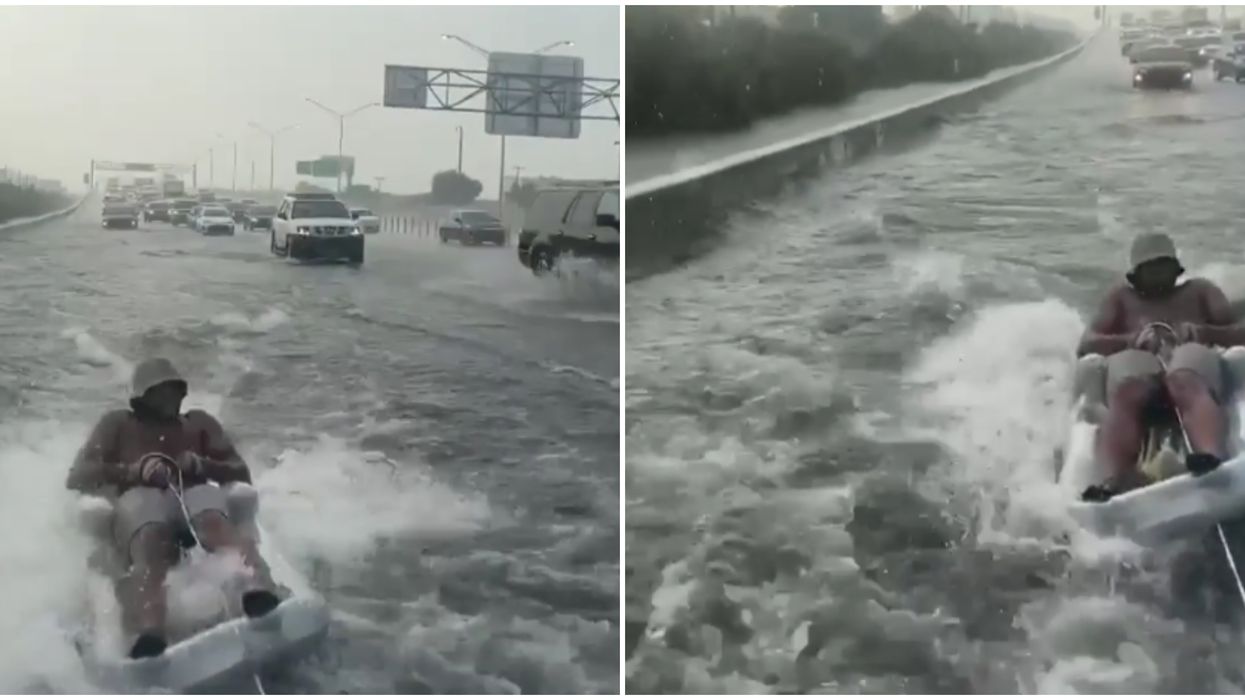 After heavy rain this week across the Sunshine State, a Florida Man on Miami's flooded highway decided to put a new spin on the term carpooling. On Wednesday, a video surfaced of a Miamian cruising on an innertube on the Palmetto in classic 305-style. The man is being pulled by a car as other vehicles drive along.

"We just were bored and said, 'yo, you want to take the truck out on the flood and surf it,'" Alex, who goes by @alexalvzz on Instagram, told Narcity.

The video was posted on Instagram on May 27. It shows Alex recording his friend, @dinerocky water skiing on Interstate 95 after the pair had tied a rope to the back of his car. The flooded freeway provided an unusual setting with parts of the often-congested interstate nearly submerged in water.

Traffic continued to pass despite the stunt.

Alex had tagged the Only in Dade Instagram account, who posted the surreal Miami moment asking folks to caption the video. The page which describes itself as capturing "the good, the bad, the funny" got comments from users like "I-95 water tour."

Though Harvey Jonathan, who won the caption contest, deemed this as when you take the term "carpool too seriously."

While many have gotten a laugh out of the "carpooling" Florida man, Miami-Dade County has seen flash flooding this week. The area has been drenched with heavy thunderstorms, dumping over three inches of rain.

The rain has caused streets to turn into rivers. Some areas have seen severe flooding that has forced cars to drive on the sidewalk because the roads are impassable.

No matter the weather, Miamians always find a way to make the best out of a bad situation, even if that means tubing down a busy highway.