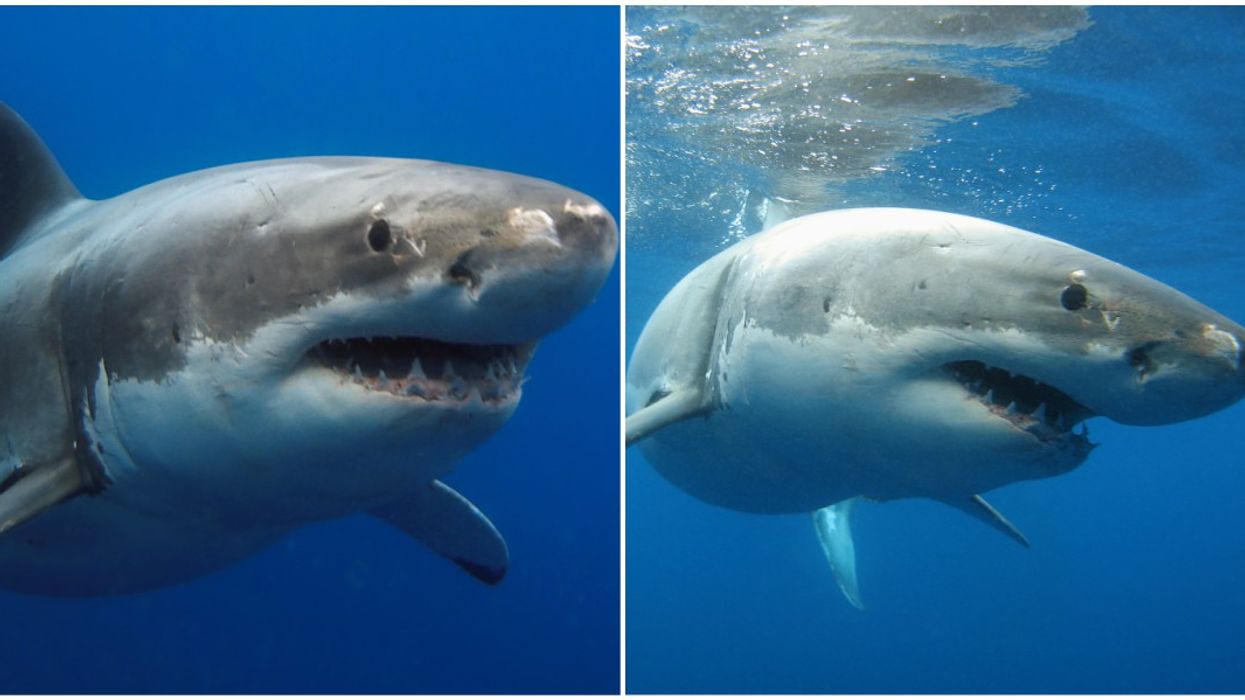 The sharks were tagged by Ocearch, an organization focused on the conservation of marine life through research and outreach. Ocearch has tracked these two sharks on their long journeys through the ocean.

One shark, Helena, is swimming off the far west tip of the Keys. She's 12 feet and 5 inches long and is nearing full adulthood, according to Ocearch. She weighs an astounding 1,314 pounds.

The other, Unama'ki, is nearly 15 and a half feet long and is lurking far closer to shore than Helena. She's an adult and weighs over a ton, according to Ocearch. Scroll on for photos of Helena and Unama'ki below.

Helena started heading south after visiting the Grand Banks, according to Ocearch's Instagram page. Unama'ki was tagged on an expedition in Nova Scotia.

According to Ocearch's Instagram, Unama'ki is the second biggest Great White that Ocearch has tagged in the Northwest Atlantic. Her name means "land of the fog."

For more information on Ocearch's work, go here. For more stories on sharks, read these articles on three sharks off the coast of Georgia recently and a sewage leak that may have attracted sharks to Miami.