A style lesson from the king himself. 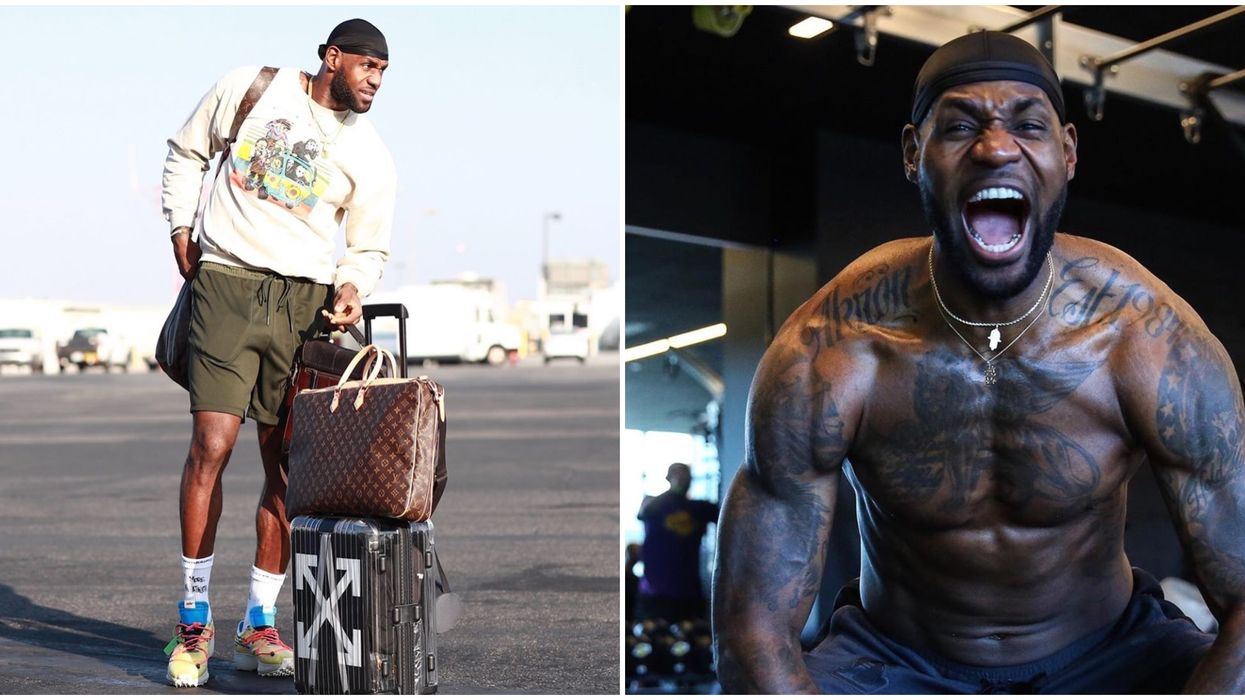 Every generation has a handful of icons that speak to their respective eras. Think: James Dean, Muhamed Ali, Michael Jordan and Princess Diana. One could argue that LeBron James would be this generation's icon and after seeing James' airport flex on Instagram, we have to agree.

Apart from being a force to be reckoned with on the court, he has also opened his own public elementary school and inspired a generation of boys and girls worldwide. This week, James (yet again) proved that, he too, oozes style. An image of James on the airport runway has the internet buzzing and rightfully so.

At first glance, the look may seem fairly simple. To many, this look might even seem a bit too casual or even borderline pajama-like. However, such takeaways would be all too far from the truth. Are we dissecting LeBron James' style, here? Yes, we are. However, to judge the king's look purely on what he's wearing in this image would be a grave miscalculation.

Check it out below:

There is so much more than meets the eye in this image. In fact, there's is a lot more going on than just a superstar athlete with a couple of bags heading to Phoenix.

Let's list exactly what James has on his person as he goes for a business trip, shall we?

The rolling suitcase with a large logo that resembles an "x" is, in fact, a collaboration between the streetwear brand Off-White and German luggage manufacturer Rimowa. This suitcase goes for $1,700 at retail price. Since they've sold out quicker than the blink of a bee's eye, prices are likely to vary depending on where you look on the web.

Atop the coveted suitcase that would make any hypebeast drool on end, appears to be a classic Louis Vuitton Garment Cover. If that's the case (we think it is), add another $1,590 to that "sloppy" look James put together.

Now let's talk about LeBron's shoes. We have to.

These things are not even available to the public yet. Those Frankenstein-looking runners are actually a collaboration between off-white (yes, again) and Nike. This collab is so new, we don't even have an official name or price for the show to share...

The moral of the story here is that LeBron's runway look is different from the average celebrity's. It is a masterclass is pulling off an exorbitant amount of style in the most discrete way. What else would you expect from LeBron James?