"What a beast, and man he was fiesty!" 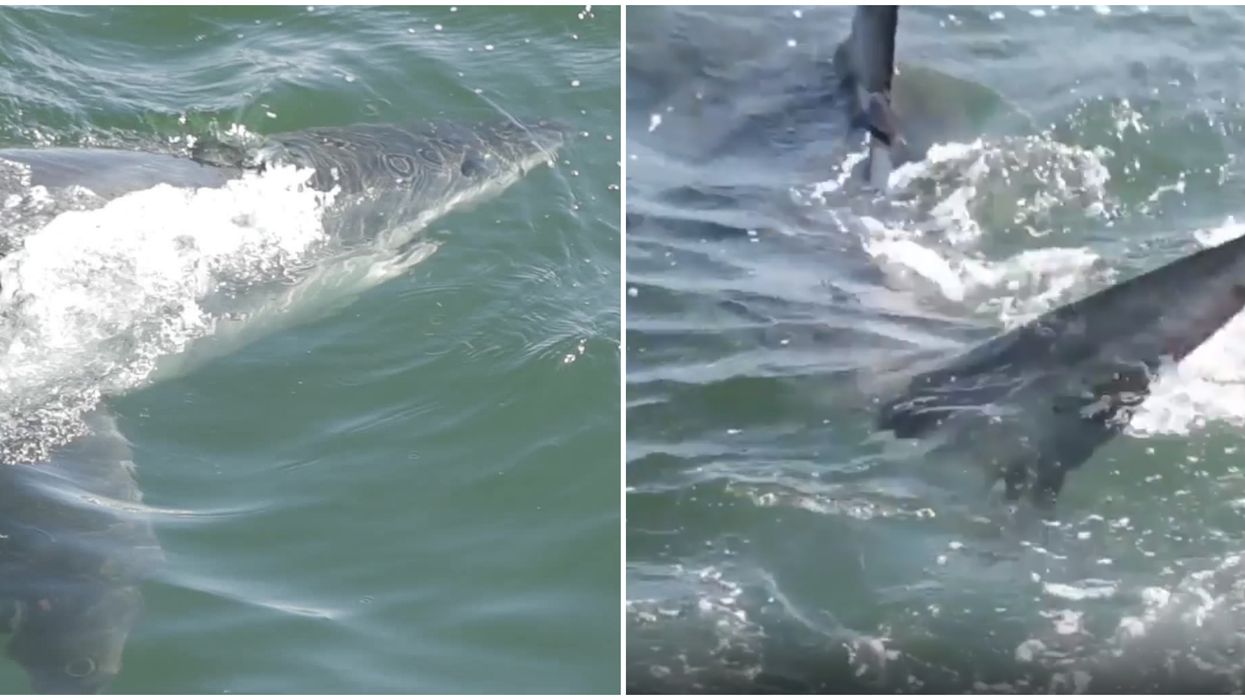 It's no secret that the Sunshine State's oceans are home to all kinds of marine life, and specifically sharks of all kinds. From Hammerhead to Tiger and even Great Whites, it's not likely that you'll see one on your visit to the beach; however, one massive shark was captured on video in Florida swimming near the shores of Biscayne National Park.

Ironbound, the great white shark, was spotted by Ocearch circling around Sand Key, one of the northernmost islands situated within the park's coastal ecosystems according to a comment left on their Instagram post.

In their post's video footage, you can see the shark swimming about near park staff and their boat, its head swaying as the top fin breaks the ocean's surface, sporting its tracking device affixed by Ocearch.

Those capturing the video go on to comment on how monstrous the beast is shortly after he turned his face to the camera sporting an open-mouthed toothy grin before he begins to swim away.

This is only the second time a shark has been pinged at Biscayne National Park, which more frequently sees spottings of massive invasive Burmese Pythons swimming in their waters.

You can see the video of the massive great white swimming the seas below.

And monstrous he really is, coming in at 998 pounds and stretching a whopping 12 feet 4 inches in length.

We're able to know the size and location of this shark thanks to research done by Ocearch, an organization with a focus on the conservation of marine life through research and outreach efforts, learning more about their behaviors through tracking.

Ironbound was first tagged on October 3, 2019, in Lunenburg, Nova Scotia in Canada. Tracking shows that he has slowly made his way to the Sunshine State, swimming closely to coastlines during his entire migration south.

He isn't the only shark visiting the Florida seas right now either — six have been pinged recently, with more expected to migrate south.

You can see more details about these lurkers of the deep, as well as track their journeys through the ocean here.