Thanks to Dwyane Wade and LeBron James 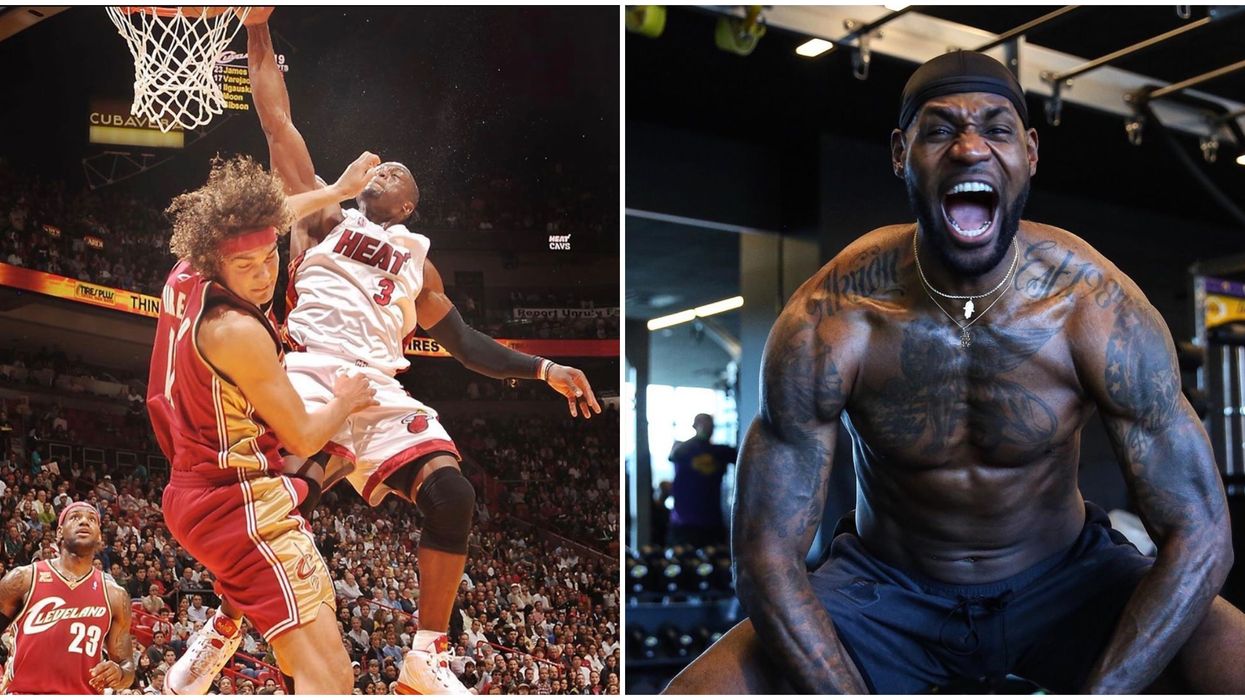 Before we get into the top 10, let's give current Heat guard Derrick Jones Jr. some credit. Not only did he make the thumbnail for this video, but he was awarded the number 13 dunk of the decade thanks to this monster dunk he provided last season against the Toronto Raptors at home.

It is shocking enough to see just how high he got, but it's equally amazing how far back Jones Jr. had to catch the ball before slamming it home.

Now, onto the top 10. Miami has had some amazing dunks over the years, but these three take the cake for sure.

Back in 2012, we were enjoying some of its best days in franchise history thanks to LeBron James, Dwyane Wade, and Chris Bosh.

Every game seemed to be jam-packed with beautiful plays and amazing dunks. This one in particular certainly stands out in fans' memories: Wade lobbed the ball just above the rim and James proceeded to literally jump over then Chicago Bulls guard John Lucas for one heck of an alley-oop.

Wade may have provided the assist for that last jam, but for the seventh-best of the decade, the three-time NBA champ did all the work himself.

Also in the Big Three era, this time against an up and coming western conference powerhouse, Oklahoma City Thunder comprised of Kevin Durant, James Harden, and Russell Westbrook, Wade made the Thunder defense look silly.

Wade zooms and spins past two defenders before absolutely humiliating the third defender and slamming it in his face. He even got fouled in the process. The AAA was absolutely loving it.

The best Heat dunk of the bunch lands at number five.

Okay, this dunk is just legendary. The Heat was defending its NBA title as the 2012/13 season was wrapping up. Against perhaps the biggest rival in the East that Miami had back then in the Boston Celtics, LeBron James went ahead and absolutely humiliated Jason Terry with this mammoth of an alley-oop slam. And the stare down afterward only made it that much sweeter.

Let's see what the Heat have in store for us next decade. Derrick Jones Jr. will be looking to top himself for sure. The Heat's first game of 2020 will be at home against defending champions Toronto Raptors. The same team against which Jones Jr. pulled off last year's monster slam.

For more Miami Heat news, check out how everyone is impressed with this year's team & how their new trend is taking over the city.