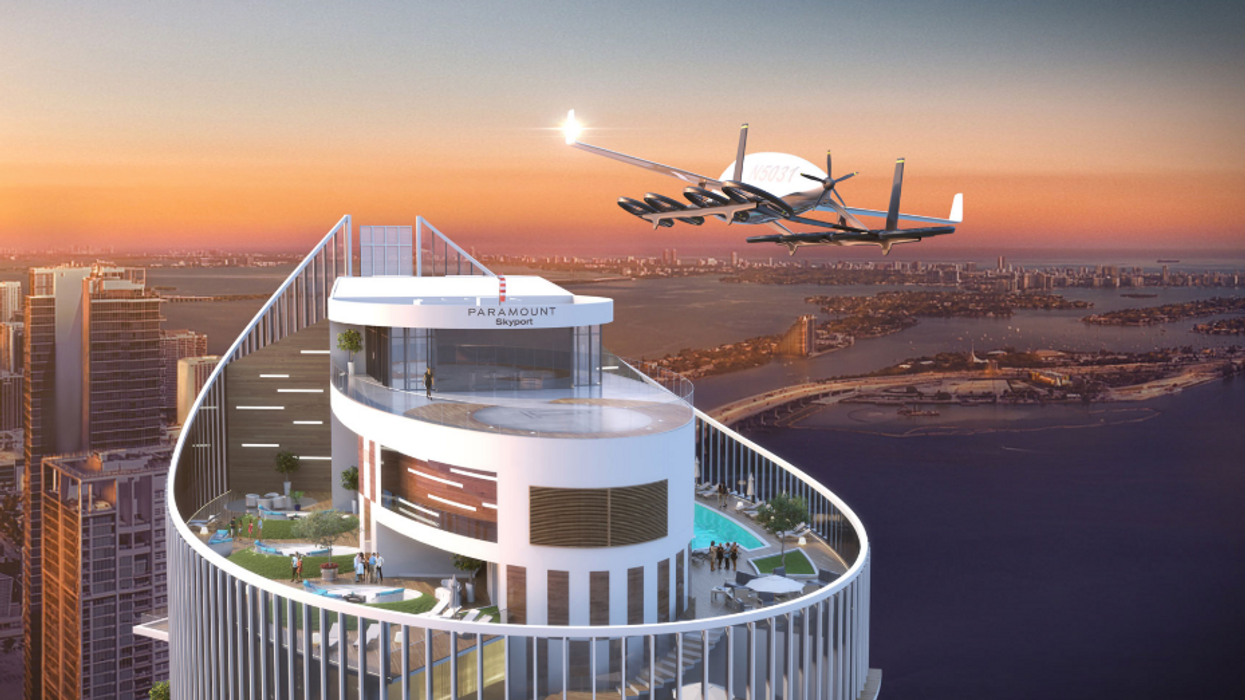 Sometimes Miamians wish cars could fly to avoid a traffic jam. Maybe the future is closer than you think and soon you'll be able to avoid the crazy drivers in the street. The Paramount Miami Worldcenter's has already a SkyDeck pool that will rise and transform into a landing pad for these futuristic flying pads.

Miami is already too congested, and flying cars will allow the possibility to transport you easily to another location. If you've ever watched the Jetsons, you know how this could make commuting more efficient. The Jetsons were a futuristic family that traveled in flying cars and had a robot as a maid.

The Paramount building is expected to have a glass-enclosed elevator where passengers will take off and land at its SkyPort high above downtown Miami.

There's already a lack of parking lots and the traffic has become so ridiculous, that these flying cars will be on high demand. There are 524 high-rise homes being constructed and ready to be occupied at Paramount Miami Worldcenter by Spring 2019. The building is topping off and private tours are available now.

The Ritz Carlton hotel in Miami Beach will also have a helipad for drones, helicopters, and jets. Not only the rich will be able to ride like a Jetson. Uber and Airbus are in the process of developing personal transport drones that will fly over the magic city. According to the developer Kodsi, these flying cars are environmentally friendly, much quieter than a helicopter, and run electronically.

What could take two hours commute, could only take 30 minutes. It seems like the Jetson's lifestyle is closer than you think.

It seems like Miami road rage will come to an end with these futuristic vehicles. At least, no need to honk in the sky.