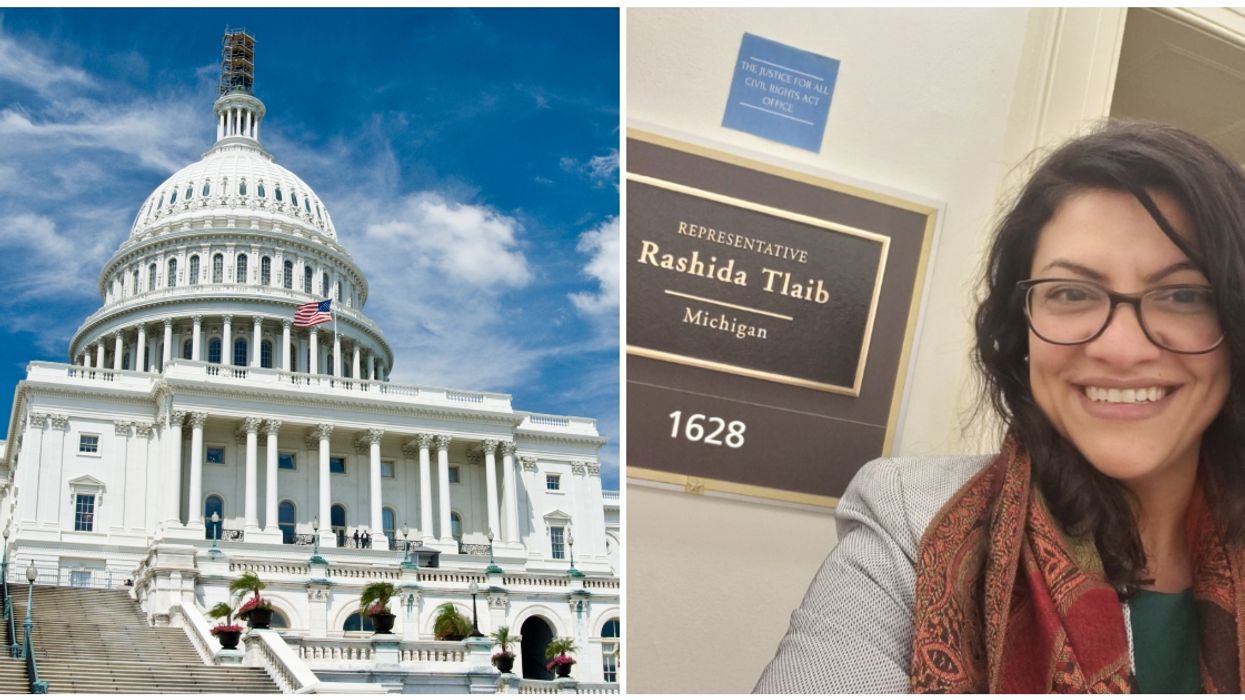 Rashida Tlaib was recently targeted by a group of conservatives, including a Florida official who signed a petition calling for the Muslim congresswoman's removal from office. To add insult to injury, the outspoken Annabelle Lima-Taub, a Hallandale Beach commissioner in Broward County, posted on Tlaib's Facebook page touting her support for the petition.

“Proudly signed, a Hamas-loving anti-Semite has NO place in government! She is a danger and [I] would not put it past her to become a martyr and blow up Capitol Hill," Lima-Taub, who is Jewish, wrote. The Facebook post has since been removed.

While it is unclear why exactly Lima-Taub said Tlaib is a good candidate for being a martyr, it may have something to do with Tlaib being seen in photos with well-known Palestinian activist Abbas Hamideh who has in the past celebrated Hezbollah leaders like Samir Kuntar, who he calls a "legendary Hezbollah martyr."

Despite the comment and petition, Tlaib, who was one of two Muslim women elected into the Democratic Congress party in 2018, did anything but back down. Instead, she took to social media and told people who are upset about her heritage and choice of religion to "get over it."

Right wing media targeting me again rather than focusing on the President's reckless government shutdown. Yes, I am Muslim and Palestinian. Get over it. Focus on the human impact of this disaster. #EndTheShutdown

READ ALSO: People React To US Soldiers Smuggling Cocaine Into Florida And Their Comments Do Not Disappoint

Her Tweet which was posted yesterday evening has already received 6,978 Retweets, 36,844 likes, and nearly 4,000 comments. Of the thousands of comments, there are many mixed reactions and it has quickly become a trending topic as social media users defend their opinions on the matter.

I live in Michigan. Tlaib has done more than you care to look into yourself, like fighting to keep coal ash piles from being stored out in the open in Detroit to be picked up into their air by the wind. Take a guess what she thinks about replacing lead pipes and clean water?

Rep. Talib was elected. Obviously, her constituents share her views. Maybe your time would be better used monitoring Individual 1.😎

Yes Rep Yes!!! You are Muslim, Palestinian and AMERICAN! Thank you for your service to the country.

Since all the drama became public, the petition has actually grown considerably with signatures. The original goal was to get 100,000 signatures but it has since surpassed that number with a current count of 231,174.

The petition on Change.org claims the Democrat congresswoman was "questionably" voted into office after she supposedly lied about living in Detroit - using her father's address as her own. The petition also calls for a "full investigation" and recount of every vote she had received and a full list of all campaign contributions and who donated to her "since she is said to have an affiliation with violent extremist organizations." To read the entire petition click here.

READ ALSO: People Are Not Holding Back About Their Feelings On Felons Being Allowed To Vote In Florida As Of Today

Change.org has received flags from users that the statements in the petition may be contested. The website is urging users to consider doing additional research on the issue before signing or sharing.