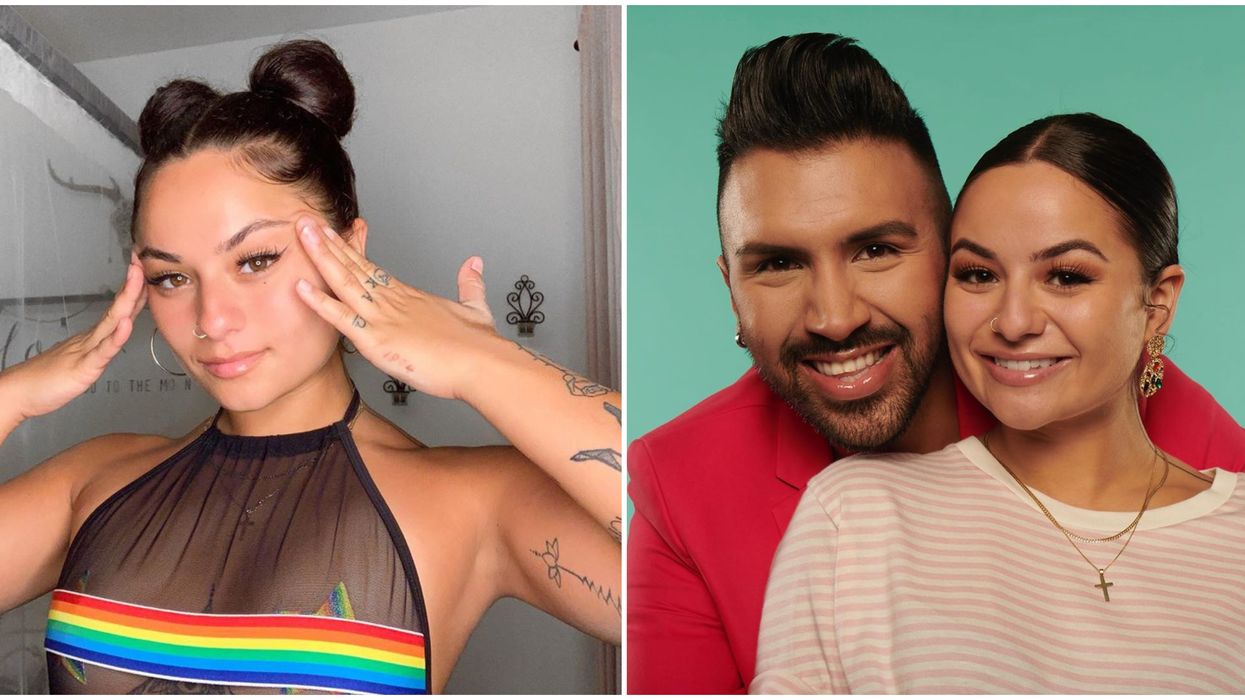 While the season finale of Netflix's The Circle has come and gone, it's hard to shake thoughts of the social media show's lovable contestants from our heads — this appears to be true for Sammie Miami and Chris Sapphire, who have maintained a friendship even after the show's end and share their love for each other on IG for the world to see.

If you haven't watched The Circle yet, you might want to binge all the episodes on Netflix. The format feels kind of like Big Brother meets anonymous social media games plus a little catfishing, and it can be weirdly addicting.

There may be a few spoilers ahead, so you've been warned!

During the heat of the competition, time and time again Sammie Cimarelli and Chris Sapphire found themselves sliding into DMs and group messages cracking jokes and covertly discussing their fellow competitors.

While neither of the two won the whole enchilada (we won't tell you who did), the duo appeared to be ride or dies from the first episode all the way to finish — feeling each other's vibes, having a similar sense of humor, and often falling on the same page when it came to how they felt about other players in The Circle.

You might not have known that Sapphire calls Dallas Texas his home and that Cimarelli hails from Miami, but their differing locations didn't dim the fact that they were both loud and proud individuals: taking the approach of just being themselves and having fun throughout the competition.

The stars even share a commonality in their rainbow flag flying colors — Chris being openly gay and Sammie proudly bi-sexual.

These little similarities and all the DM giggles became a connection that formed right before our very eyes and seems to have solidified a bond that withstood the heat of the kitchen, creating what could be a life long friendship.

Sammie took to her IG account recently to post a photo of herself and Chris smiling from ear to ear, showing her appreciation for him with a heartwarming caption.

The caption read, "Look at this HANDSOME human being right here!!!! 🌈 👑 Not only does he light up a room when he walks in, he makes everyyyone feel comfortable and welcome honey. One in a million, and I am so happy this experience brought me you. Love you bitchh!!! send."

Awe, the love is real — and it clearly doesn't just go one way.

Chris responded to the heartfelt post with just as much admiration (and as many exclamation points), "Baby Girl, you already know I LOVE YOUR EXISTENCE! I'm so thankful to have met you in this lifetime and I cant wait for you and I to host a gay Pride together this summer!!!"

Fans seemed to love the idea of their very own pride fest with the dynamic duo; Sapphire's comment amassed nearly 2100 likes and more than 30 replies hyping up this future event.

Not to mention the joy of seeing a fashionably glittery Sapphire at a pride fest that would be enough to make any queen scream.

The Dallas home-towner even made his own post on his IG page congratulating his girl on her win of the fan-favorite vote, as well as thanking his fans for being #teamchrissapphire.

Can you say serious friendship GOALS over here? This might just be the cutest relationship to come from this competition.