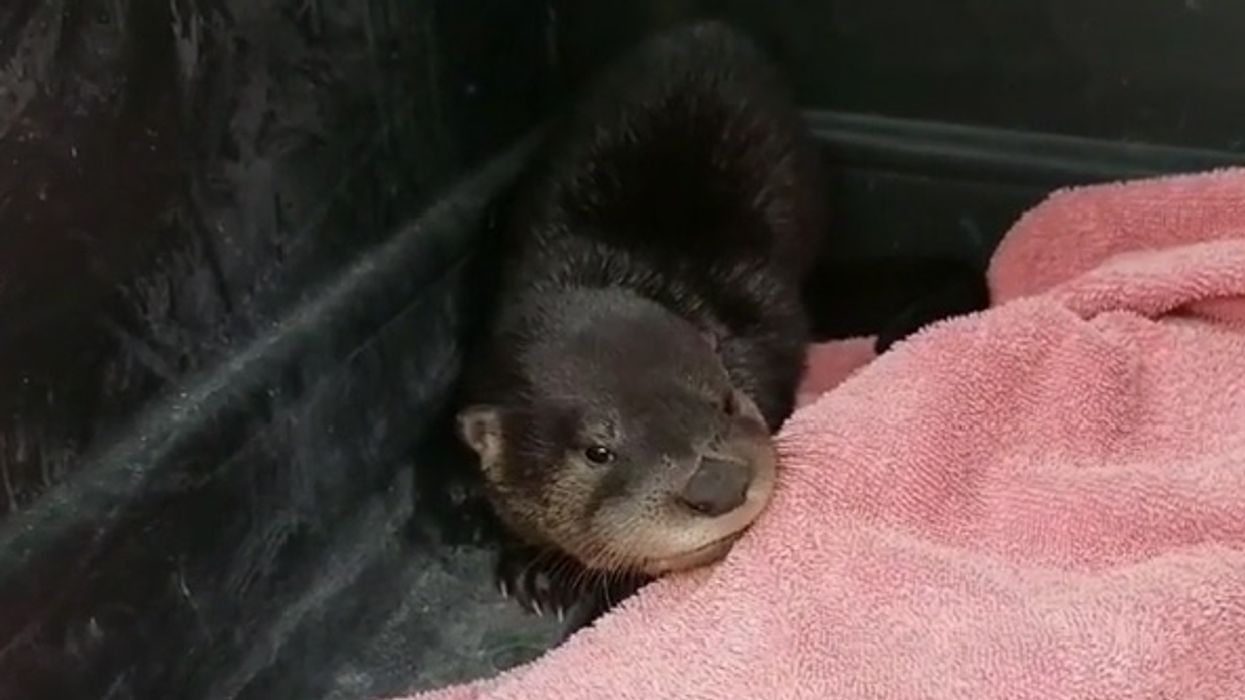 It is never a boring day for wildlife rescuers in Florida. Today, park biologists at Biscayne National Park rescued an otter and adorably named him Costco.

The rescue started when the biologists responded to a report of an otter in distress. The initial observer stated they believed the animal was involved in a dog attack.

The otter, now named Costco - after one of the biologist's strong love of Costco, is headed to a wildlife rescue facility and then will hopefully come back home to Biscayne. Costco has no visible wounds, but limited movement. The rehab facility will do a complete assessment of the otter and provide treatment as needed.

The park posted a video of the forlorn otter who has already stolen the hearts of many:

Park biologists responded to a report of an otter in distress. This little one, since nicknamed Costco, is headed to a wildlife rescue facility for some TLC and then will hopefully come back home to Biscayne. #KeepBiscayneBeautiful #wildlife #adorable #costco

The video has been viewed thousands of times and accumulated dozens of comments. One Insta user commented "So glad you could help this adorable sweetie! Those cries go straight to the heart! Get well soon, little Costco!" Other users wrote, "Omg my heart!" "he makes such a cute squeak!" and "Awww, he looked like he was afraid! Poor baby, I'd hold him/ her all day to love and comfort it! So sweet! Love them so much!"

The North American River Otter is found in South Florida, as well as many other parts of the U.S. Different sea otters can be found on the Pacific Coast.

River otters travel alone or in pairs; in Florida, river otters weigh 11 to 31 pounds. Otters usually remain in or near the water, but they also spend time in burrows dug into riverbanks.

This otter is living the good life at Pelican Island #WildlifeRefuge #Florida pic.twitter.com/3o1lHrhH2g

According to the Florida Fish and Wildlife Conservation Commission, the river otter can be found throughout Florida except for the Keys. The river otter is adapted for both land and water. River otters prefer fresh water so they can be found in rivers, creeks, lakes, ponds, and swamps.