Give it up for Shaq! 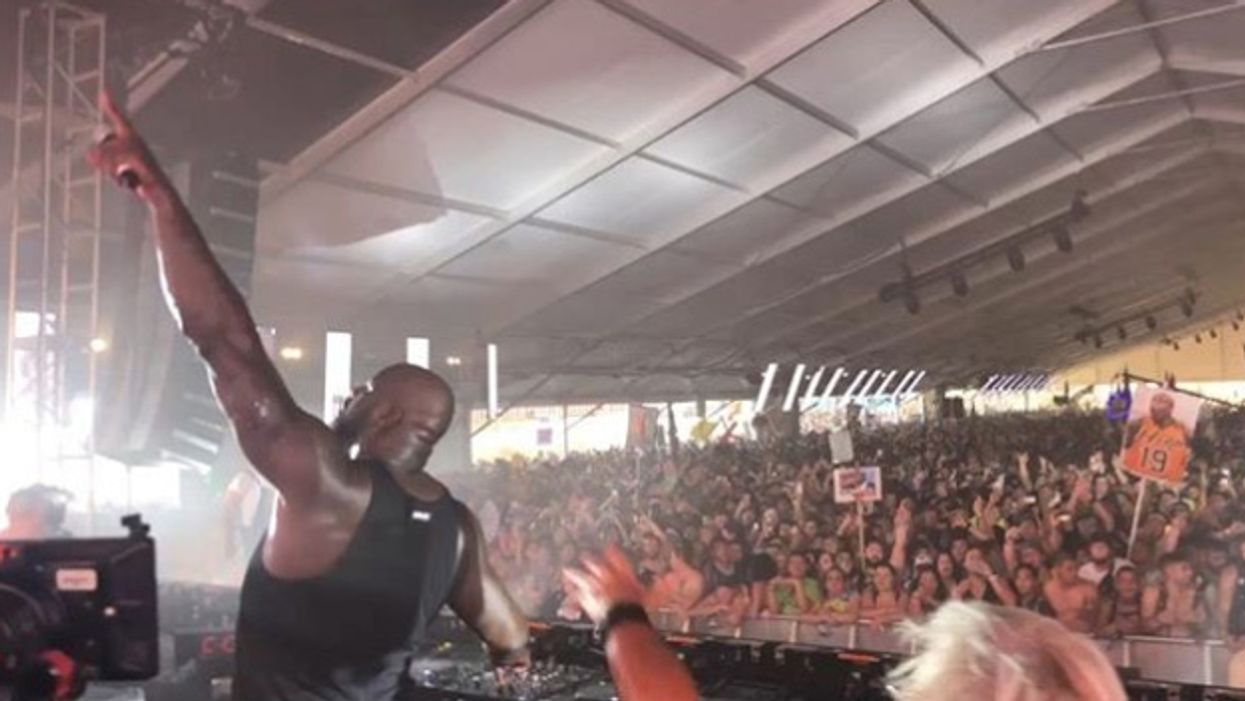 It's official: Shaquille O'Neal is our generation's renaissance man. O'Neal is a legendary basketball force, an NBA Hall of Famer, an award-winning TV broadcaster with 'NBA on TNT,' a certified Police officer and the man has a doctoral degree in education from Barry University.

Impressive, to say the least. But now the former Miami Heat player is adding one more accolade to his impressive list of careers and accomplishments. Shaquille O'Neal is a bonafide DJ and he goes by the name DJ Diesel. Shaq dove into the DJ world back in 2017 and has not looked back ever since.

Over the weekend, DJ Diesel made a few appearances at some major music festivals.

First up: Hard Summer 2019. Major Lazer, Kid Cudi and Dillon Francis were just some of the big names seen at the California festival. And among all of those music superstars, was DJ Diesel himself.

Talk about stage presence! That's over seven feet and over 300 lbs of pure musical power coming at you.

For context, the man shown in the video above is the same guy who would also do things like this:

By the looks of things, Hard Fest showed DJ Diesel; plenty of love so he reciprocated the feeling.

But Shaq's weekend did not end there. After tearing it up in California, the Diesel headed east to Chicago for a little music fest called Lollapalooza.

The annual festival is held in Grant Park in the windy city, overlooking the beautiful Chicago skyline. This year's headliners consisted of names like The Strokes, Ariana Grande, Childish Gambino and J Balvin.

The point is that amid all these stars was an even bigger celebrity: Shaquille O'neal.

After watching some of the footage from his set, you would think the big man has been doing this his entire life.

DJ Diesel had the place rocking.

DJ DIesel's next act will take place in Las Vegas at the Encore Beach Club, September 6th. For more information on anything pertaining to DJ Diesel, be sure to head to his website.