Sammie will be there, along with 7 other confirmed contestants! 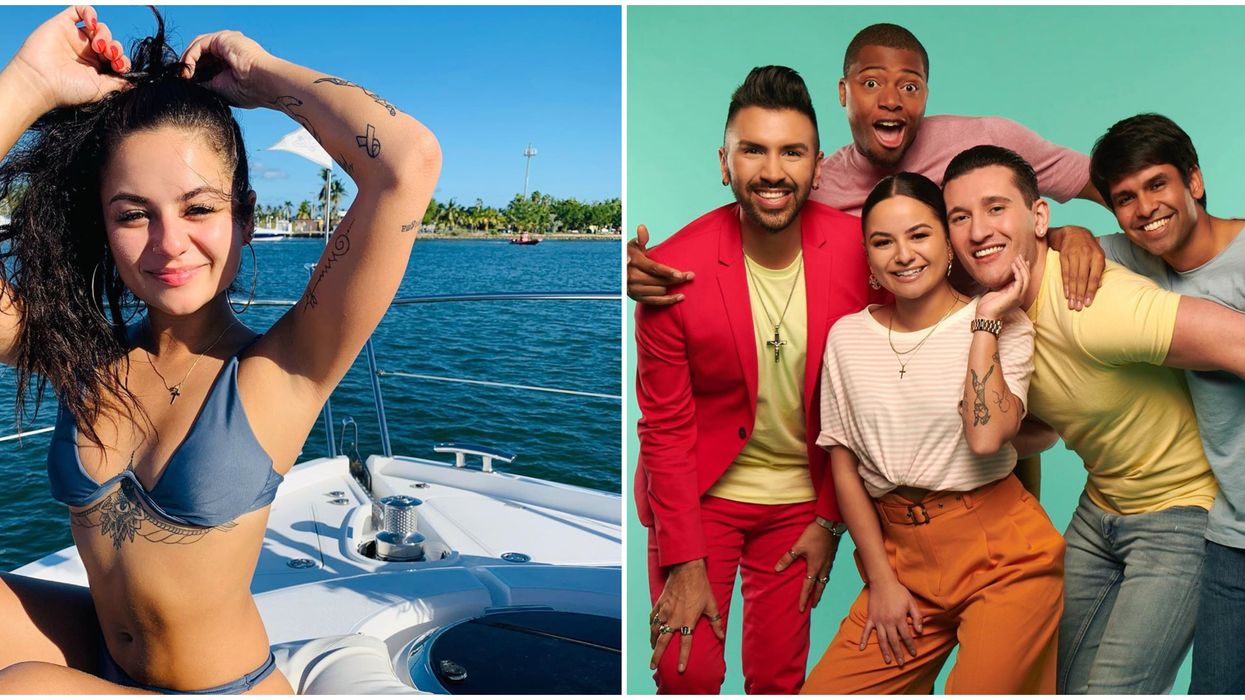 While season one has come and gone, Netflix's The Circle contestants are still fresh on our minds. Among fan favorites of the show are truth slingin', New York Italian boy Joey Sasso and his bromance brother Shubham "Shooby" Goel, as well as fan-favorite vote winner and Miami resident Sammie Cimarelli. Superfans of the show that live in the big MIA are about to get even more excited — because they actually invited fans to party with them next week.

If you haven't watched the show yet, we'll break it down for you without giving away too much. A few spoilers will be ahead though; you've been warned!

It's like Big Brother meets anonymous social media game show, with a little sprinkle of catfishing here and there. While it sounds like a crazy mishmash (and in part it is) it can also be weirdly addicting.

I found the show easy to binge with each new series of episodes released every week on Wednesdays, falling in love with the realness and authenticity of each person on their quest to win the $100,000 grand prize.

We won't tell you who took home the bacon, but we will give you the deets on how to hang out with The Circle cast next week in Miami.

In a post made to Twitter on January 30th, Sammie took to the platform to pop the invite to all her followers.

9 of @CircleNetflix cast members will be in Miami next week 😈 y’all ready to party with us????

The post read: "9 of @CircleNetflix cast members will be in Miami next week 😈 y’all ready to party with us????", and of course she signed off her post with the emoji she used to describe herself on the show.

Fans were blowing up the comment section asking the Miami Mami when and where they were going to be, with no luck on a reply.

While Cimarelli didn't post the details on Twitter, Narcity reached out and was able to get an exclusive tidbit on where you'll need to be to hang out with them — and she even confirmed who would be with her.

Karyn (aka Mercedeze), Miranda, Antonio, Alana, Sean, Tammy, and Alex (aka Adam) will all be in attendance as confirmed by Sammie, who will also be there.

They're waiting on word from Tammy's son Ed, Bill, and Shubham, but there's still a possibility that they will be in Miami too.

But let's be real, who wouldn't want a hug, a selfie, and to start our own personal bromance like "Broey Joey" with cutie Shooby?

There was no mention of Dallas native Chris Sapphire being in attendance.

So where can you find them? No exact addresses have been dropped yet, however, Sammie told Narcity that they would be in the Wynwood area on Wednesday, February 5, 2020; according to Sammie, that's not the only day they'll be in the big MIA.

"I'm not exactly sure where we will be the rest of the days [yet], but I will have everything on my Instagram with each location we will be at. Instagram.com/itsssammiee."

Whether you're from the Great Sunshine State or are planning to travel for a chance to meet them, you'll be able to find them in Miami's Wynwood District on February 5th.

Keep an eye on Sammie's IG and Twitter to find out exactly when and where this shindig is going down.