"If it’s the Southern White House then it’s property of the United States government —Thanks!" 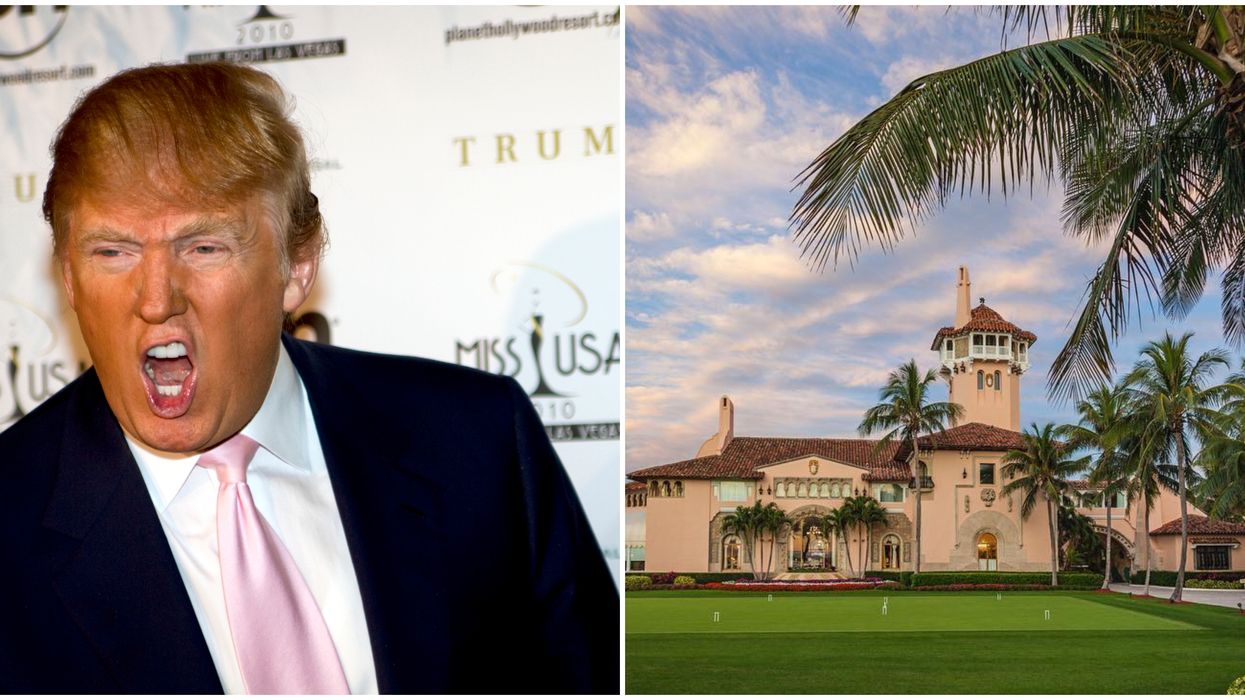 When it comes to anything Donald Trump says on social media, people are pretty quick to throw in their 2 cents. According to a Twitter post by Trump, Mar-a-Lago is the "Southern White House" — and the internet is not happy.

Mar-a-Lago, an entity reportedly purchased by The President for $10 million large, made a post to the social media platform on Dec. 10th to announce that they were officially open for their 2019/2020 season.

Trump was quick to respond to the post, retweeting and adding "I will be there in two weeks! The Southern White House!"; it wasn't long before the comments started to blow up with responses.

I will be there in two weeks, The Southern White House! https://t.co/2djJrzAEfZ

Whether he was simply stating that he'd be there or using it as a way to promote his for-profit business is neither confirmed no denied, but commenters were quick to share their outrage.

Many were sickened by the fact that the President of the United States would use his seat of power to promote his for-profit business, located in West Palm Beach Florida.

The author reminded Trump that it might not be a smart idea to abuse his power to promote his for-profit business while also being accused of abusing his power as president to extort a foreign government.

A couple of commenters followed suit and were more than happy to point out one little fact — if it's the Southern White House, then it's the property of the U.S. government and will get passed on to the next person to hold the seat, right?

If it’s the Southern White House then it’s property of the United States government. Thanks! https://t.co/ir1gBR38Wk

Since Trump keeps calling Mar-a-Lago the Southern White House, that means the next president gets to take it from him, right

Following these comments, someone thought it important to remind everyone that his visit will be on the taxpayer's dime, and people were not happy about it.

Many chimed in calling it straight corruption and criminal action; since branding it The Southern White House might entice people to visit under false pretenses, while Trump reaps the profits of his business.

You have to pay something to actually stay there, while the actual White House is a politically affiliated non-profit building.

More made it a point to point out that billionaire sex offender Jeffery Epstein was welcomed to Mar-a-Lago by Trump, which Epstein reportedly called a "predator's paradise".

Others decided it best to respond with a little comedy, quoting the teenage drama hit film Mean Girls.

I'm going to tell my kids this is the Southern White House pic.twitter.com/r10IGVFNzB

A few others had popped in to say what they think the REAL Southern White House is like Waffle House.

Rick Sanchez might agree with Jeff Barret on Shoneys being the real O.G.

Going to tell my kids this was the Southern White House. pic.twitter.com/MExs4KHnnO

You'll certainly feel like the president or King when you visit White Castle: the only Southern White House worth visiting according to one person.

The only Southern White House worth visiting. pic.twitter.com/DrEbNgysJ4

Some sat back idly laughing at people getting so worked up. It's just a few words after all — or is it?

"Southern White House" Do the Trumps know how to trigger liberals? Yes they do! Do liberals ALWAYS fall for it? YES THEY DO! 🤣 pic.twitter.com/9MHd1HLzHR

Commenter Brandon Shultz thought that Trump just pulled off the greatest internet troll of all time, kudos-ing him for it as well as his calling out and mocking of climate activist Greta Thunberg for being named Time magazine's person of the year.

If you are complaining about the goat @realDonaldTrump calling mar a lago the southern White House then congratulations you just got played by the greatest internet troll of our current time, all before 930 am he calls out Greta and now this! Love it mr. President!

There was little support to be seen in the comments, with page after page flooded with angry comments, memes, & Trumptastic name-calling.

Everyone knows there’s only one Southern White House! pic.twitter.com/3eAB8oHZit

Whether you love him or hate him, there's no denying that Trump knows how to get people talking with his social media ramblings.

To keep up with all the Southern White House hilarity and drama, check out Twitter here.