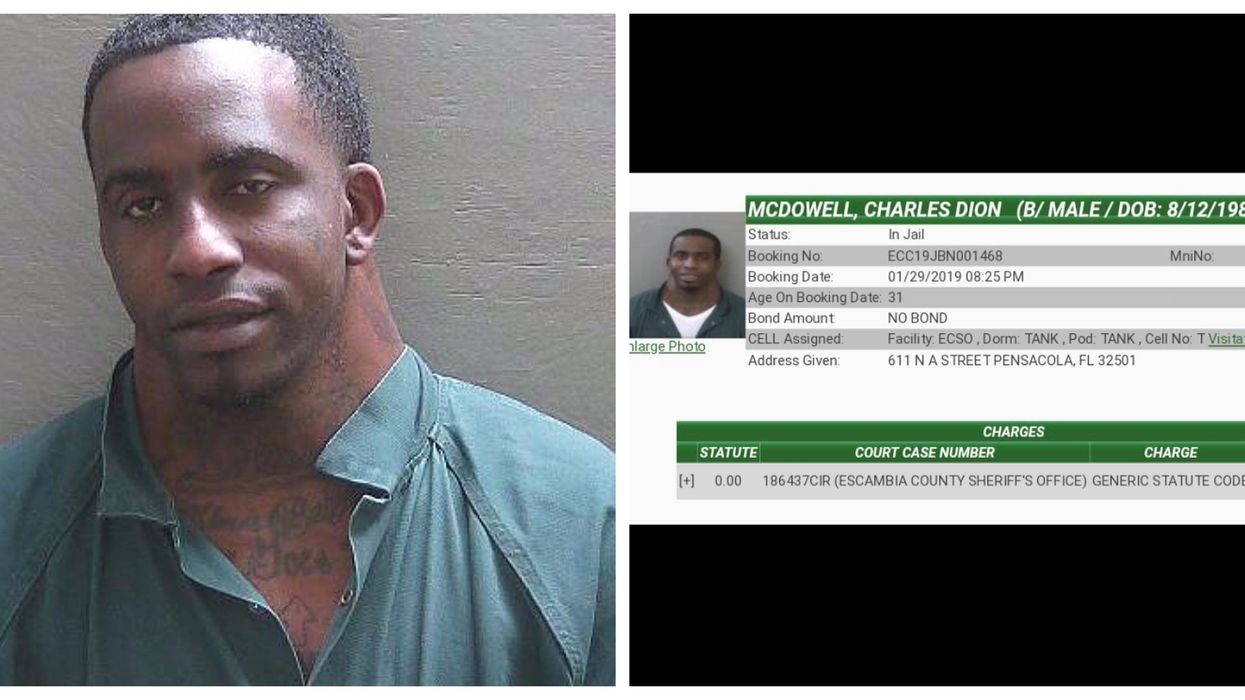 Charles Dion McDowell, more commonly known as "Wide Neck," just can't seem to stay out of sight of the law. According to a post made by his management last night, Wide Neck was arrested in his hometown of Pensacola at some point that evening.

The post reads: "MANAGEMENT - Tonight, Charles AKA Wideneck was arrested in his hometown of Pensacola. He didn’t get arrested on any new charges, the judge revoked his bond from his original charges. Now he has to sit in jail until his case is over with."

They furthered on stating he appreciates all the love and support from everyone - his followers, friends, and fans - over the past couple of months. "Charles’ life has changed for the better for himself and his family. When all this is over with this last case, you have his word that’ll he’ll never go back to jail again!"

Funnily enough, Wide Neck became an internet sensation after one of his (many) mugshots went viral a few months ago after being shared by the arresting sheriff department.

Here is the original post, stating what he was charged with and additional information. It has been shared more than 200 thousand times:

His arrest last night comes with a new mugshot, and it's equally as amazing as the original:

It looks like it will go along nicely with the rest of his collection of mugshots:

READ ALSO: People React To US Soldiers Smuggling Cocaine Into Florida And Their Comments Do Not Disappoint

McDowell has since grown into an internet-famous celeb with millions of followers on his social media accounts. He is often seen hanging out and making videos with other internet-famous people including Daddy Long Neck, Millz, and HolyGxd - all of which can be seen with him on his Instagram account.

We hope his management is right and that this is the last time McDowell has any run-ins with the law (even though his mugshots are ah-maz-ing).