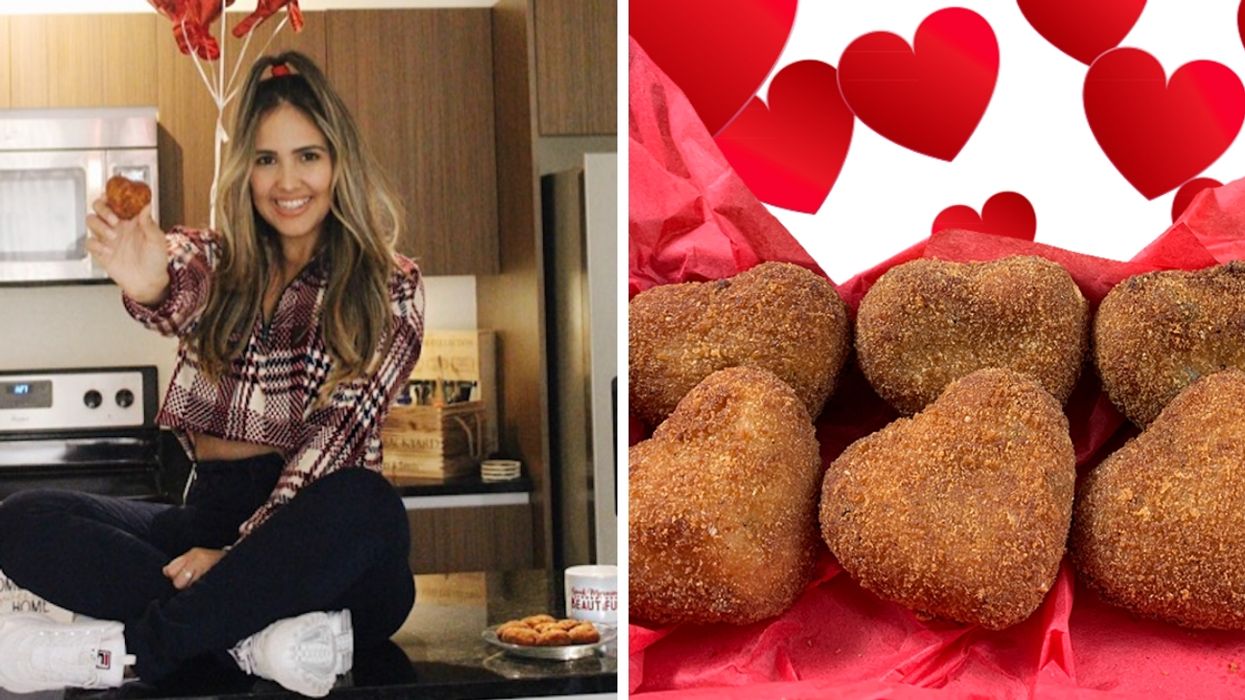 According to Alec, the owner of Dos Croquetas, it took him eight hours to make a batch of 2000 croquetas. Also, he said making these croquetas were not easy. He had to use a special mold to make the hand-crafted croquetas. But, believe us when we say these will be the most romantic ham croquetas you'll ever get.

Dos Croquetas is also expecting to open Miami's first croqueta bar in Spring 2019. They will also have a pop-up in Doral soon. So, stay tuned on their Instagram.

READ MORE: Miami Is Getting An All-You-Can-Eat Gelato Festival And It's Going To Be Epic

Dos Croquetas also sells delicious shakes, arepas, and sweet croquetas. They specialize on the best sauces to match with your favorite croquetas such as Dale, Verde, Dos Ranch, and Chili Lime Crema.

If you're looking to make a real impression this upcoming holiday, get her some croquetas.