Take a break from tigers and get a load of these cats! 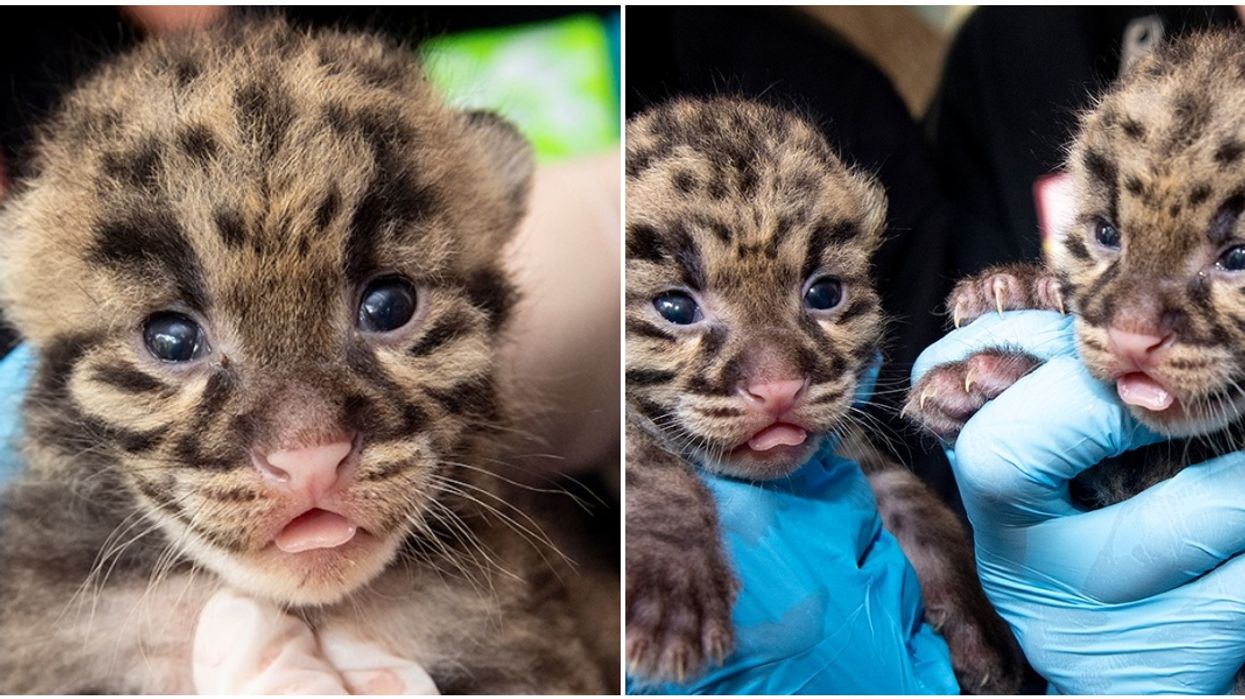 Attention all feline lovers, we have very important news — cats! And we're not talking about the ones on Tiger King. The world recently welcomed two highly endangered clouded leopard kittens at Zoo Miami.

While the babies were actually born on February 11, they've been hidden away in a secluded cave with their mother to avoid stress and allow bonding. So it comes as big news that the facility finally posted photos of the babies today on their social media.

"Zoo Miami is excited to announce the successful births of highly endangered clouded leopards," the beginning of their announcement post reads, followed by a gallery of 18 fur baby photos to melt over.

After their first exam on February 26, zoo staff confirmed that the litter consisted of one male and one female. This comes as great news to conservationists since the species is endangered due to poaching.

This is the second successful littler for mama leopard Serai and papa leopard Rajasi, who were both born in the spring of 2011 at the Smithsonian’s Conservation and Research Center in Virginia and the Nashville Zoo in Tennessee, respectively.

Both babies are doing well and were able to receive their first vaccinations.

"Both offspring appear to be thriving and the mother continues to be attentive and nursing them on a regular basis," the post mentions.

Handlers take special precautions to keep the cubs healthy, like disinfecting footbaths before stepping into the cat’s environment, as well as using masks and gloves.

The Zoo Miami also wrote that they hope guests can "observe and appreciate these beautiful new additions in person" soon.