What are the odds! 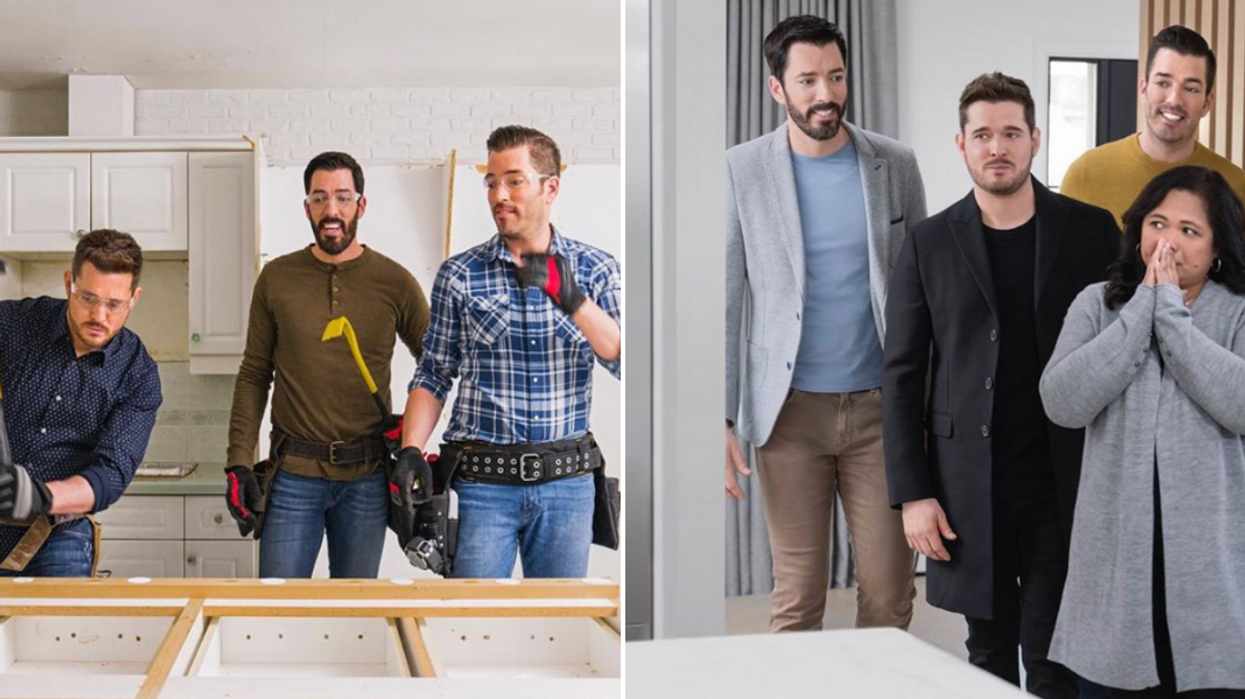 What are the odds! Canadian singer Michael Bublé recently made a guest appearance on the Property Brothers' new show Celebrity IOU. However, the home renovation wasn’t the only shocking reveal. Bublé disclosed that he has actually been friends with the twins since they were all children.

In the brother’s newest HGTV series, they offer celebs the opportunity to surprise their loved ones or people who have had a major impact on their life, with an incredible renovation.

Bublé’s episode was focused on bringing his late grandfather’s final wish to life. Alongside the brothers, he worked to create a home for his grandfather’s caregiver and her family.

While the property was unsurprisingly altered from its state of being stuck in the ‘70s to a stunning modern home, there was another reason that had the artist excited.

Bublé was looking forward to reuniting with the Property Brothers.

He revealed in an interview with ET that their families had grown up in the same Vancouver neighbourhood. Not only that, but Bublé’s sister is also reportedly still close friends with the brothers.

While Bublé still resides in Vancouver with his wife and three children, Drew and Jonathan spent this episode returning to their roots.

Although their reality TV journey originated in their home country, they have since moved on from solely shooting their series in Canada, to transforming homes all across North America.

The Vancouver singer has been all about giving back recently. Just last week, he teamed up with the Barenaked Ladies and singer Sofia Reyes to record a song. All proceeds were donated to the Canadian Red Cross, among other charities.

He was also a part of the Canadian television event Stronger Together that raised money for Canada’s food banks and front line workers.

You can catch more episodes of Celebrity IOU, featuring A-listers like Brad Pitt and Melissa McCarthy, Monday nights on HGTV.