"A Conversation with Michelle Obama" went down at Canadian Tire Centre. 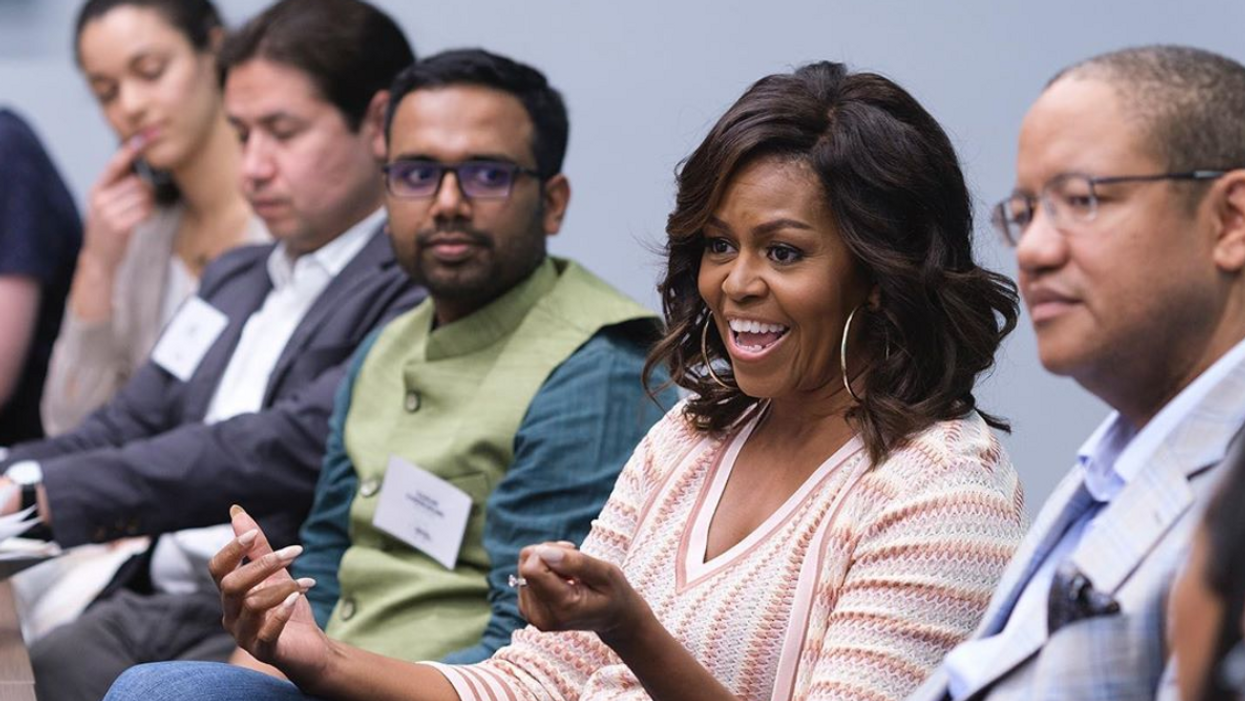 There are some people in this world that just radiate charisma, wisdom, and grace, and Michelle Obama is one of them. Since leaving the White House, the former First Lady of the United States has been working non-stop on a number of projects and continues to fight fiercely and loudly for things that she believes in. One of Obama's latest projects is a North American tour called A Conversation with Michelle Obama. Most recently, she made a stop right here in Canada, and needless to say, it went exceedingly well. Michelle Obama's Ottawa show left the audience feeling amazed and inspired.

On Friday, October 11, Mrs. Obama took over Ottawa's Canadian Tire Centre, which was filled with thousands of spectators, eager to pick up on any tidbits of knowledge and advice that Obama would be sharing. Although she's speaking to a mass crowd of people, the former FLOTUS has a way of making these shows feel like "a cozy conversation".

Just last January, Obama was on a book tour, and a reporter from Vox described the event perfectly, saying, "Michelle Obama is so charismatic that she really can make a speech in an arena feel intimate and vulnerable."

Spectator's at Obama's event in Ottawa today weren't any less impressed by her candor, and have been raving endlessly about the show on Twitter.

That was an amazing “good for the soul” afternoon at the @CdnTireCtr - thank you for your grace, inspiration and el… https://t.co/SGcJckskOm
— Consuelo Bernardi (@Consuelo Bernardi)1570819428.0

"@MichelleObama was amazing today in #ottawa - very inspiring!" tweeted one audience member. "That was an amazing 'good for the soul' afternoon at the @CdnTireCtr - thank you for your grace, inspiration and eloquence @MichelleObama," added another.

The Obama family has never been shy about expressing their love for Canada - in fact, Barack was even seen drinking some Tim Hortons at a Raptors game during the NBA finals!

With how well today's show went, there's no denying that Canadians would love to welcome Michelle & Barack back to Canada with open arms, whenever the duo feels like coming.

Plenty of spa trips are likely needed in these cities.

Vaay, a German CBD company, has ranked the world's most and least stressful cities and there are three Canadian cities in the top 100. The ranking is based on a number of indicators including noise, air and light pollution, unemployment rates, traffic congestion, gender equality, social security and the weather.