Midges appear near water during the warmer months. 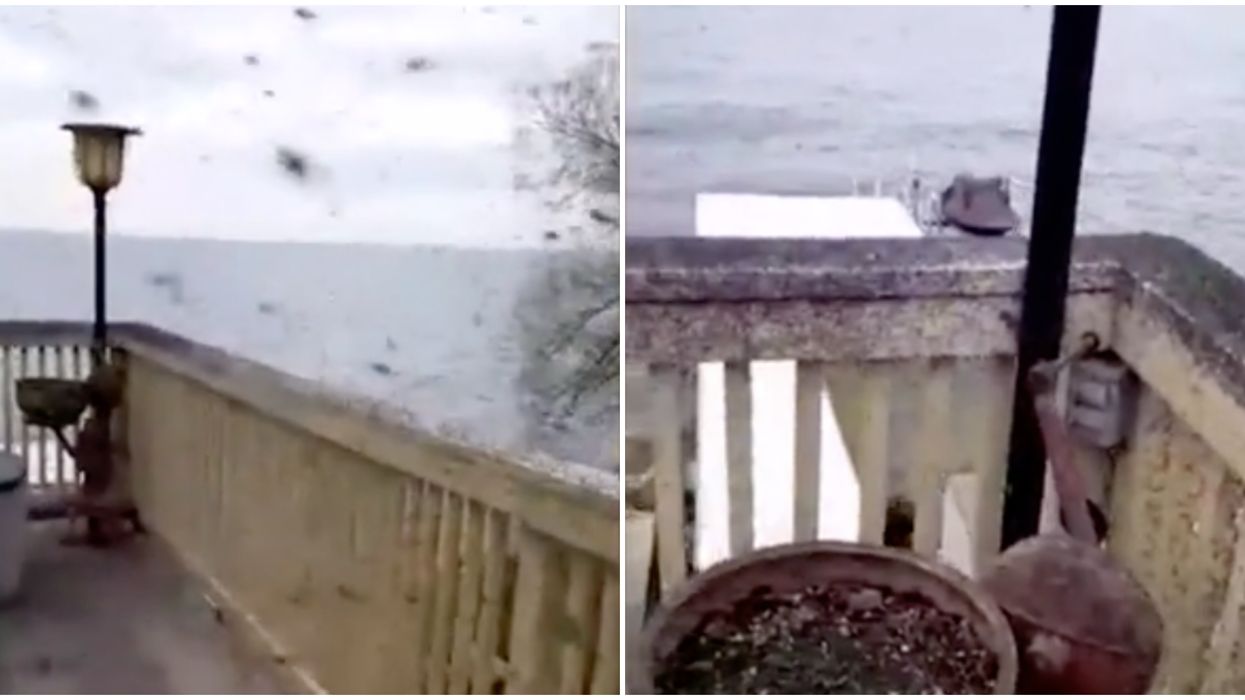 If you get annoyed at pesky bugs in your backyard, you might want to take a look at Lake Simcoe before ever complaining again. In a video posted by The Weather Network from Tuesday, hundreds of midges in Ontario can be seen swarming an outdoor patio. The terrifying footage looks like it came straight out of a horror movie.

If you live by the water, you may have come across a swarm of midges once or twice in your lifetime.

These pesky insects often like to gather and breed near water and can be spotted in areas such as Lake Simcoe and even Toronto during the warmer months.

The tiny flies are only 1 millimetre long, but what they lack in size they make up for in masses. Often, the midges can gather in the millions, creating horrifying swarms across the province.

Some Ontario residents were greeted by an unwelcome surprise when they spotted hundreds of these little bugs in their backyard.

In the video posted by The Weather Network, Cindy Shermet-Snow from Hawkestone, Ontario, captures the swarms of midges that could be spotted flying in masses across the sky on Tuesday.

The once-wooden rail on the patio has turned completely black as the midges find a place to settle down.

While the sight looks terrifying, it isn't uncommon to see swarms of these bugs throughout the province.

Last year, Port Dalhousie, Ontario was invaded by midges after having a wetter than normal spring.

According to CHCH, locals claimed that it was the worst swarm of bugs that they had seen in years.

Even the city of Toronto has had its fair share of midge invasions.

According to Newstalk 1010, the pesky creatures have already been spotted along Toronto's waterfront this year.

If you're hoping to stay indoors until the swarms start to fade away, you might be waiting a while.

Midge swarms can often be spotted across the province until October.

Tims employee Kait Beck has been posting hacks on TikTok, and so Narcity spoke to her to get an inside scoop about the secret menu, including the custom drinks that are her favourite.