Do you want the Quavo, the Takeoff, or the Offset? 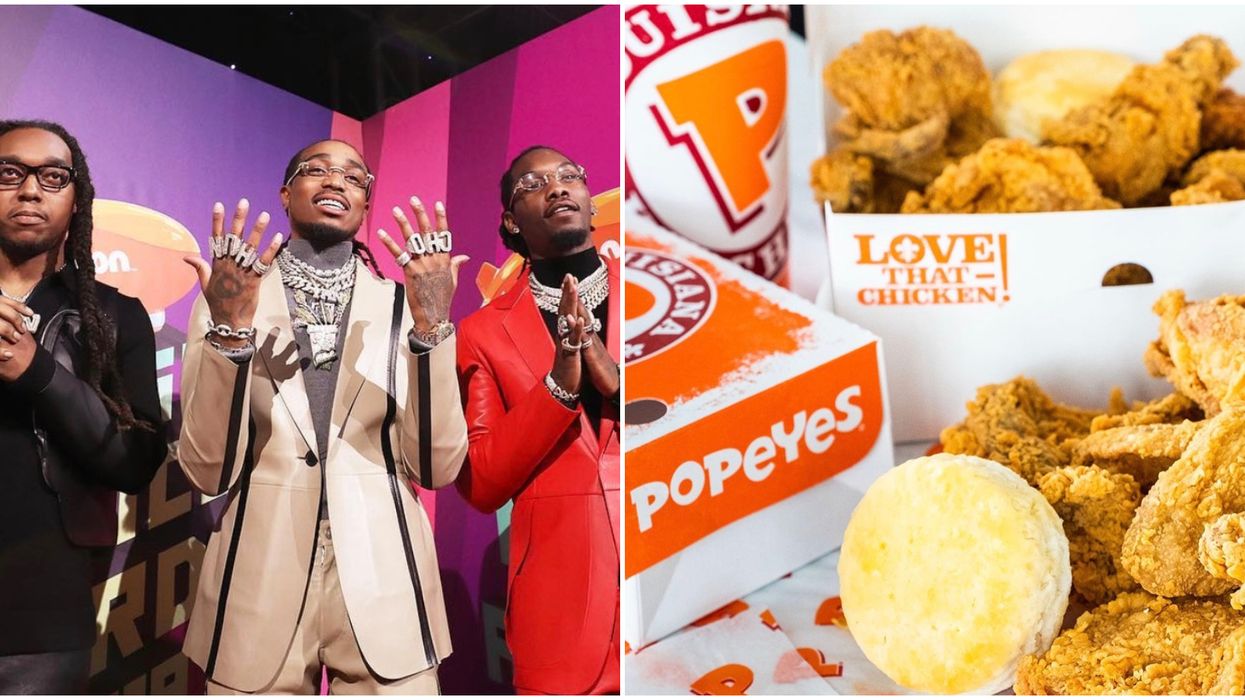 Have you ever wanted to eat like a rockstar? You might just get the opportunity with a new deal from Uber Eats, Popeyes Canada, and Migos. The new Migos Popeyes menu in Canada lets you see just how some of the biggest stars in the music industry eat.

With the new menu offerings, Migos fans (and regular old fans of fried chicken) can get combos created by each member of the group: Quavo, Offset, and Takeoff.

You can also get an epic meal deal based on the tour rider of the band. You can even pretend you're about to play to a sold out crowd.

The Offset gets you eight pieces of bone-in chicken, one large fries, one large mashed potatoes with gravy, and four biscuits for $29.99.

While all of those individual combos are great, and would definitely fill you up, the ultimate combo is none other than the Tour Rider.

This massive meal deal, which is what Migos eats when they're on tour, comes with 20 tenders, eight sauces, one large mashed potatoes with gravy, two large fries, five biscuits, and a two-litre drink, all for $54.99.

Migos has a long history with Popeyes, including getting caught up in the chicken sandwich craze.

Quavo once even tried to sell the coveted sandwiches for $1000 a piece when they were running out in locations all over the United States.

The Migos Popeyes Menu will be available in Canada through Uber Eats from December 6 to January 2. If you're not into cooking an entire holiday meal, the Tour Rider wouldn't be a bad way to feed a lot of people!