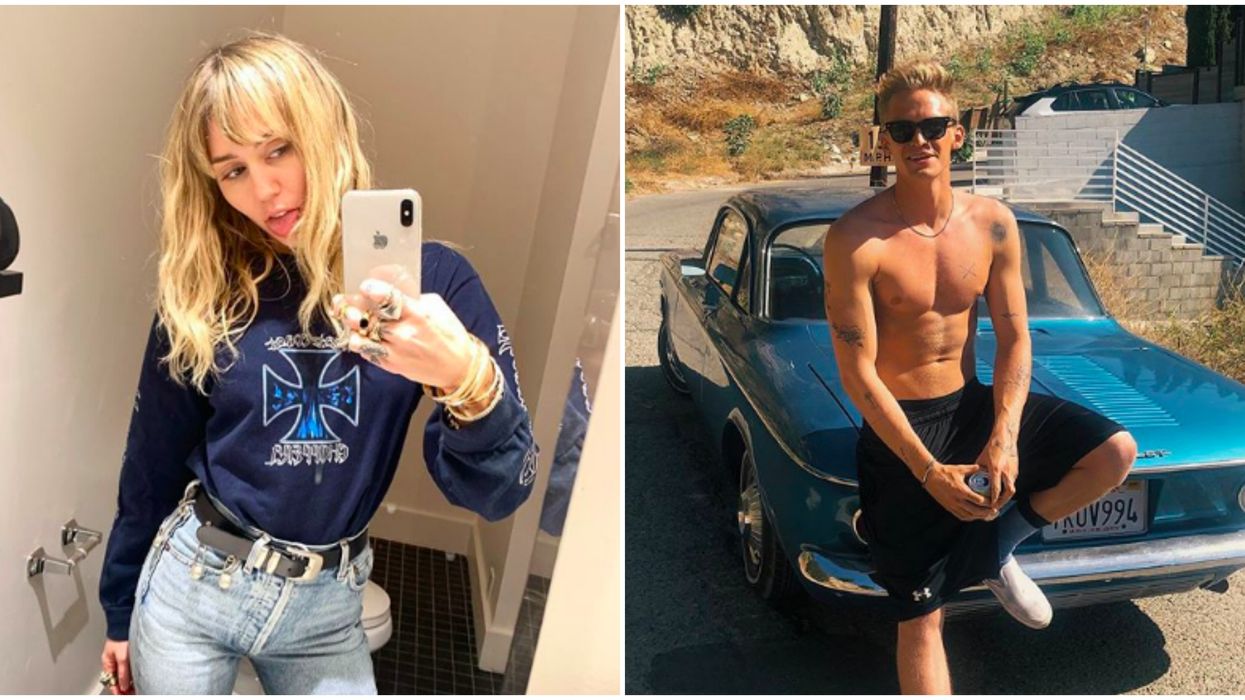 Splitsville is not an unfamiliar destination for Miley Cyrus and ex-husband, Liam Hemsworth. They hit many rocky roads during their six-year on-and-off relationship and it may be safe to say they've called it quits for good. With their final separation taking place earlier this year, Miley Cyrus and Cody Simpson are getting lots of attention for many reasons, as their relationship seems to be moving forward pretty quickly.

In August, Liam posted a cut-and-dry Instagram post about he and Miley's separation, simply stating that they are no longer together and that he will not be making any comments for the press. Since the split, Miley has been anything but shy when it comes to showing off her new beau on social media.

Cody and Miley make an adorable pair, but some say it's a bit too soon for the former Hannah Montana star to be moving on from such a long and complex fling with Hemsworth.

Either way, we are entertained by Miley and Cody's sappy pics and funny vids on Insta and Twitter because the couple does seem to be googly-eyed over each other.

Twitter fans show an overwhelming amount of support for the new couple, one user commenting that she is happy to see Miley moving on from Liam and being with who makes her happy.

However, there are always the skeptics. After one fan showed her support by saying they both deserve better and are trying to be happy apart, another user implies sarcastically that she isn't truly happy because it's "so fast after [a] breakup."

Miley's first Twitter post with Cody (and a cuddly one at that) went up on Oct. 9, just two short months after Liam's formal seperation announcement on social media.

She has since been posting fun and lovey moments of the two of them on a very consistent basis. Is it a jab at Liam or are the pair truly in love? Afterall, some move on quicker than others.

The Cyrus family welcomed Cody in with open arms for Thanksgiving this year and seem to enjoy his company. Things seem to be progressing for the pair if she's bringing him home to the fam in Tennessee.

We can only hope the base of the relationship is genuine and wish all the best for Cyrus and Simpson, who seem to be a compatible pair full of spunk and free spirit.