He has a history of being controversial. 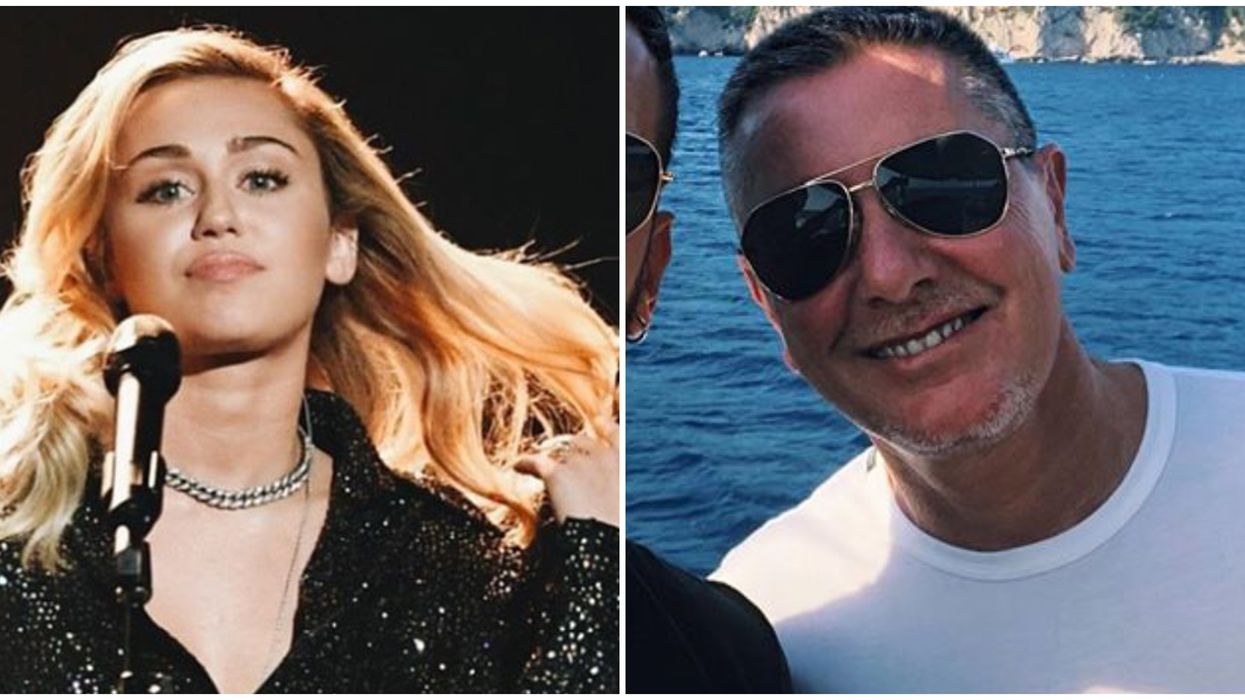 As you may have heard, Stefano Gabbana of "Dolce & Gabanna" left a very rude comment on a picture of Selena Gomez on Instagram.

If you haven't heard about this yet, I'll tell you what went down.

Stefano Gabbana, the co-founder of Dolce & Gabbana left a comment on a photo of Selena on @CatwalkItalia's Instagram saying, "è proprio brutta." That translates to "She's so ugly" in Italian. The weirdest part about this is that Selena literally did nothing to deserve this uncalled for comment. Naturally, the internet was up in arms about this super rude comment.

Miley Cyrus, who was known to be good friends with Selena back in their Disney Channel days, wasted no time at all jumping to her defense.

On Instagram she said, "Well what a d*** head said if it's true is f*cking false and total bullsh*t, She fine as f*ck." Behind all of the swearing, you can see that Miley was trying to defend her old friend.

Congrats @braisonccyrus on walking in your 1st runway show.... It's never been my little brothers dream to be a model as HE is one of the most talented musicians my ears have ever been given the gift of hearing.... BUT it is a Cyrus family trait to try everything once (within reason HA) and to embrace opportunities that encourage you to step out of your comfort zone! We believe in trying something new everyday! I love you Prince Suga Bear and seriously congratulations on your experience! I am so proud of you always.... From Nashville to Italy! 👑❤️👑❤️👑❤️ PS D&G, I STRONGLY disagree with your politics.... but I do support your company's effort to celebrate young artists & give them the platform to shine their light for all to see!

Prior to this, Miley had beef with Gabanna over his D&G runaway show in 2017. After her brother walked in the show, she posted this image as a congratulations to him while simultaneously calling out D&G for their shady beliefs and controverisal past.

Dolce & Gabanna responded by ranted that they don't care about "American" politics.

He's no stranger to controversy. Gabanna also recently commented on an image of Kate Moss saying "No." This was on the same Instagram account @Catwalkitalia.

In a 2015 interview, Gabanna stated that the didn't approve of same-sex parents and called children conceived through inseminiation "synthetic children".

According to reports, he also likes men but will not refer to himself as "gay". It's safe to say that Stefano Gabanna has always been controversial.